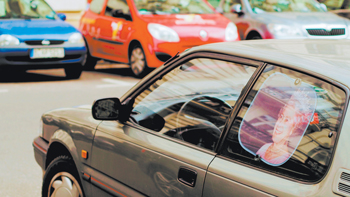 Downtown parking during Fayetteville Woodpeckers baseball games is not the issue that a lot of people thought it would be — except for some employees of center-city restaurants. Many wait staffers have complained that paying to park in city lots is causing them a financial hardship.

“It’s a problem that we didn’t have before (the existence of) this much (parking) demand downtown,” Mayor Mitch Colvin said.

During home games, the city has been charging $10 for people to park in city lots. Private property owners charge as much as $20 for special event parking. City Council cannot regulate private lots but has agreed to reduce the fee restaurant workers pay to $5 if they’ll use the Donaldson Street parking lot, which has 167 spaces.

City officials are now having to deal with these unintended consequences. Some restauranteurs have also complained that the $10 parking fee is causing people who are not going to ballgames to think twice about dining downtown. “We hope that what we are proposing ... would give the business owners and the employees who work at the restaurants some real options for parking in the interim until we come back with a larger and more comprehensive parking management program late in 2019 (or) early in 2020,” City Manager Doug Hewett said.

Consultants hired by the city have made numerous recommendations for modernizing downtown parking. Jon Martens of Walker Consultants said the city should hire a parking manager to keep tabs on issues that might arise.

The $10 special event parking fee at city-managed lots takes effect two hours before the games begin, which on weekdays is 7 p.m. Even the Franklin Street parking deck everyday fee of 50 cents an hour with a maximum of $4 a day goes up to $10 during baseball games. On-street parking is free, but those spaces are the first to be taken.

“We don’t want people not to come downtown for any reason,” Colvin said.

Reducing the fee to $5 for downtown workers was the suggestion of Fayetteville Traffic Engineer Lee Jernigan. “My recommendation is that downtown employment be validated by the Cool Spring Downtown District after which the city would work ... to issue parking permits that reduce the event parking fee to $5,” Jernigan’s memo stated.

City Councilman Jim Arp said the city needs to do a better job accommodating the disabled. Handicapped parking is currently provided at city lots behind City Hall. That’s almost two blocks from the entrance to Segra Stadium. “For many of our citizens, that’s a long walk,” Arp said. He initially opposed the use of shuttles but now says a shuttle from Franklin Street to the stadium is an idea worth considering so the elderly and disabled don’t have to walk.

Detailed parking information is available at www.Fayettevillenc.gov and on the city’s smart phone app.