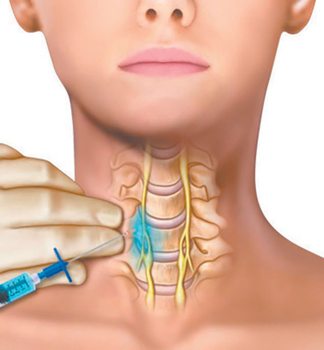 Posttraumatic Stress Disorder is a mental health disorder that some people develop after experiencing or witnessing a life-threatening event, like combat. Stellate Ganglion Block is an established procedure used by anesthesiologists to relieve pain. Research suggests that SGB may also help veterans with PTSD who have not found relief via traditional treatments such as therapy and medication. CBS News highlighted the new developments during “60 Minutes” June 16.

This month is PTSD Awareness Month. The designation is meant to help raise awareness about the various PTSD treatment options.

Medical professionals say it’s normal to have upsetting memories, feel on edge or have trouble sleeping after a traumatic event. At first, it may be hard to do normal daily activities, like go to work, go to school or spend time with people you care about. But people usually start to feel better after a few weeks or months. “60 Minutes” pointed out that many people who have PTSD often don’t get the help they need because they don’t reach out.

SGB is emerging as a potential treatment for service members and veterans suffering from the aftereffects of warfare. The number of soldiers and veterans who have PTSD is the highest ever after 18 continuous years of war. SGB has been around for a long time. It has been used for decades to treat complex pain syndromes that affect the head, face, neck and arms. During the procedure, a doctor or other health care provider uses X-ray or ultrasound imaging to pinpoint a needle into a bundle of nerves located near the base of the neck. The provider then injects a local anesthetic into the nerve tissue like a dentist delivers numbing medicine before a dental procedure.

The anesthetic lasts only a few hours, but the effects of the procedure can last for several weeks — or longer in some cases.

U.S. Marine Sgt. Dakota Meyer received the treatment. The Medal of Honor recipient said SGB greatly reduced his anxiety. But the experimental treatment he received is only available in a dozen of the 172 Veterans Affairs hospitals. Retired U.S. Army Brig. Gen. Donald Bolduc has also benefited from SGB therapy and is calling for the procedure to be made a part of all PTSD treatments. He has traveled the country helping other veterans who suffer from PTSD.

Despite the billions of dollars the government has spent on PTSD, only about 40 percent of sufferers find any relief. Bolduc, a former Green Beret and the only senior officer to admit to having PTSD while on active duty, wants to change that. “There’s enough evidence out there that this is a valid therapy and it’s something that works,” he said.

Bolduc said that his wife confronted him about his PTSD, and he received SGB treatment. “It was magnificent. Everything was crisper and clearer,” he said during a “60 Minutes” interview.

The Army is now funding the first clinical trial of SGB. “I think (SGB is) hugely important and it needs to be an intervention that’s part of every posttraumatic stress therapy,” said Bolduc.

SGB is not a cure, and the treatment does not work for everyone. However, it is a promising option for veterans with PTSD symptoms who have not responded to other evidence-based treatments.