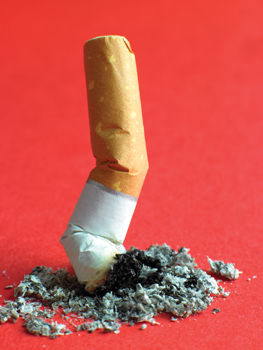 Cigarette smuggling from North Carolina to New York has been going on for decades. State and federal governments charge excise taxes on cigarettes, ranging from 45 cents a pack in the tar heel state to $4.35 per pack in New York State. In New York City, the tax is $5.85 as of July 2019. The difference between tax rates is what makes cigarette trafficking appealing to the criminal element.

This month, federal authorities broke up a ring of smugglers based in Fayetteville. Officials said 31 people have been charged with a scheme to defraud the federal government, the states of North Carolina and New York, and the Commonwealth of Virginia of millions of dollars in tax revenue.

Eastern North Carolina U.S. Attorney Robert Higdon said Justin Brent Freeman’s wholesale business, FreeCo Inc., at 231 Williams St. in downtown Fayetteville, served as the hub for the illegal operation. People would pay cash for large quantities of cigarettes at FreeCo and other retailers in North Carolina, including Sam’s Club stores in Raleigh, Fayetteville and Goldsboro. They would then pack the cigarettes into rental cars or vans for shipment to Virginia, Higdon said.

In Richmond or Alexandria, Virginia, the cigarettes would be transferred to other cars and driven to Syracuse, New York. There, the contraband would again be shifted to other vehicles to be dispersed across the state and sold for cash, Higdon said.

Most of the people alleged to have been involved in the scheme, including Freeman, were arrested in connection with the $12 million cigarette smuggling operation and charged with money laundering and criminal conspiracy. Homeland Security Investigators, Cumberland County Sheriff’s Deputies, U.S. Marshals Service, Robeson County and Johnston County Sheriff’s Office took part in the operations. “This is not the conclusion of our investigation,” Higdon said. “This is simply a very strong first step.”

The smugglers were making up to $54 profit per carton by selling the cigarettes in New York while avoiding the state and local taxes there, Higdon said. The U.S. Marshals Service and local authorities staged raids in five states, arresting 25 of the 31 defendants after U.S. grand jury indictments were issued the week of July 15. Others were taken into custody over the next several days. The U.S. Attorney said 4,700 cartons of cigarettes, $840,000 in cash, 11 vehicles and five firearms were seized.

Half a dozen of them were also charged with interstate trafficking in contraband cigarettes.

This month, federal authorities broke up a ring of cigarette smugglers based in Fayetteville.