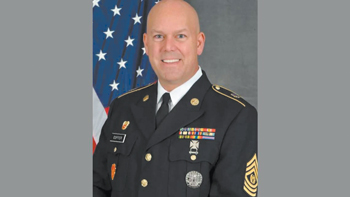 Throughout its history, the United States government has enacted legislation protecting the civilian employment of men and women who serve in times of armed conflict. Congress passed the Soldiers’ and Sailors’ Civil Relief Act during World War I to offer employment protections to service members fighting in Europe. Shortly before the United States entered World War II, Congress passed the Selective Training and Service Act of 1940. Most recently, Congress passed the U.S. Employment and Reemployment Rights Act. It was signed into law by President Bill Clinton in 1994 to protect the civilian employment of active and reserve military personnel in the United States called to active duty. USERRA also makes major improvements in protecting service member rights and benefits by clarifying the law and improving enforcement mechanisms.

Just this month, the government won a North Carolina case of a senior noncommissioned Army reserve officer who lost his job while he was away on active duty. Command Sgt. Maj. Dwayne Coffer was dean of students at a Warren County middle school when he was called to active duty and found his job gone when he got back. U.S. Department of Justice officials said that the Warren County Board of Education agreed to settle a lawsuit brought on Coffer’s behalf. He was reportedly demoted to a gym teacher after his return. Coffer will be reinstated as dean of students at Warren County Middle School and will receive back pay and pension benefits as part of the settlement, court documents show.

“This settlement agreement with Warren County resolves the (Uniformed Services Employment and Reemployment Rights Act) claims brought by the United States and serves as a reminder that our service members, like Command Sgt. Maj. Coffer, deserve fair and lawful reemployment following their return from active military duty,” Assistant Attorney General Eric Dreiband of the Department of Justice’s Civil Rights Division said in a statement. According to the Justice Department’s complaint this past April, Coffer was called up for a six-week active-duty period in July and August 2017. When he returned home, officials said his position as dean had been eliminated, and an offer of re-employment as a gym teacher was made. Justice Department officials said such a demotion violates USERRA, which protects military members’ jobs while they are serving.

Warren County has not admitted to that violation under terms of the deal but did agree to future compliance. In addition to being reinstated for the 2019-2020 school year under a two-year contract, the settlement permits that Coffer’s pension and health benefits, as well as his sick and personal leave days, be restored. Coffer will also receive $25,000 in back pay, settlement documents show. It turns out this is the second such settlement for Warren County. The Justice Department also sued the county in 2012 for reportedly failing to renew Coffer’s employment contract after an earlier period of military service.