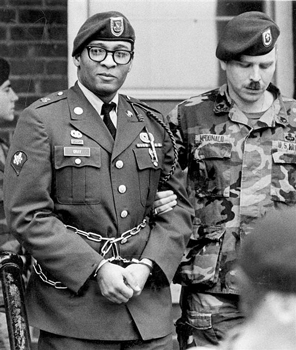 The U.S. Department of Justice wants to clear the way for the federal government to resume capital punishment. Some experts view it as a potential sign of things to come. There are currently four military death row inmates held at the United States Disciplinary Barracks at Fort Leavenworth, Kansas. Two of the inmates were convicted of crimes in Cumberland County, North Carolina, in the 1980s: Ronald R. Gray and Timothy Hennis.

Gray, a former Army cook, was convicted in 1988 of four murders and several rapes in Fayetteville and at Fort Bragg. He appears to be the closest of the four to being put to death. Gray was initially given an execution date in 2008 after then-President George W. Bush approved it. But a stay was granted less than a week afterward. That stay of execution was lifted in 2016; he doesn’t face an immediate execution date.

Hennis, a former master sergeant, was convicted and sentenced to death for the murders of a Fayetteville woman and two of her children in 1985. Kathryn Eastburn, 5-year-old Kara and 3-year-old Erin were found dead in May 1985 at their Summerhill Road home off Yadkin Road. A third child, then 22-month-old Jana, was found alive. Hennis was tried three times and was initially convicted in Cumberland County Superior Court and sentenced to death. He won an appeal and was found not guilty during a new trial in Wilmington, North Carolina, in 1989. Hennis resumed his Army career and retired in 2004 as a master sergeant. The Army brought him out of retirement two years later when DNA evidence not available earlier linked him to the murders. He was court-martialed at Fort Bragg in 2010 and a military judge sentenced Hennis to death.

“Attorney General [William] Barr’s announcement does not affect the individual status of any of the four death row inmates,” a Department of the Army official said.

But the new Trump administration policy clears the legal path to resume using lethal injection for federal death row inmates. The eagerness of Trump’s DOJ to change the status quo could bode badly for Gray, Hennis and the 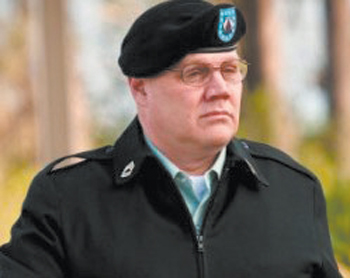 other two inmates held at the U.S. Disciplinary Barracks in Fort Leavenworth.

“If I were on death row, I would consider this a very bad sign, but not a sign that anything is happening immediately,” said Eugene Fidell, a Yale Law School lecturer on military justice. “There is going to be litigation over this.”

The military hasn’t executed anyone since 1961, though capital punishment remains a legal penalty under the Uniformed Code of Military Justice. In the 1970s, capital punishment was invalidated by the Supreme Court only to be reinstated later by the high court. In 1983, the Armed Forces Court of Appeals also ruled the death penalty unconstitutional. But it was reinstated by executive order by President Ronald Reagan the following year.

Retired Lt. Col. Jeffrey Addicott, a former Army judge advocate, said he hopes the DOJ guidance signals a change. “Hopefully it is a harbinger of things to come,” he said. “Obviously the military appeal system is broken, and hopefully, the DOJ’s decision will energize a revamping of the military’s appeal process so that the victims can have justice.”