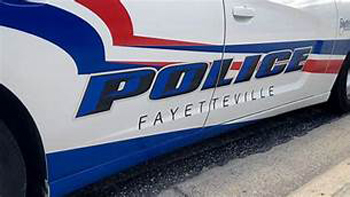 Can simply adding more police officers to the streets, or changing how they operate, reduce the crime rate? A report from the Brennan Center for Justice at NYU School of Law, “What Caused the Crime Decline?” provides some answers. First, increasing the number of police officers can reduce crime by about 5 to 10%. Police employment increased dramatically in the 1990s, rising 28%.

A major contributor was the 1994 crime bill, which provided funding for 100,000 new local officers. The city of Fayetteville added nearly 50 additional officers to the force during retired Chief Harold Medlock’s administration, bringing the number of sworn officers to 433. The increase resulted in a three-cent increase in the property tax rate.

Police techniques can also be effective in reducing crime. Interestingly, the biggest impact has come from something that gets a lot less ink than controversial measures, such as stop-and-frisk or the use of military equipment — the digital revolution. During the 1990s, police forces began using computers to target their efforts. The technique is known as CompStat. Part management tool, part geographical data-driven analysis, CompStat originally was little more than sticking pins in a map on the wall, looking for crime patterns. But it worked. Former New York City Police Commissioner Bill Bratton implemented it full-scale in 1994. It then spread to many cities around the country, including Fayetteville.

Changes in law enforcement tactics are a key part of the larger puzzle, accelerating and reinforcing the other factors that combine to produce a decline in street crime. The hallmarks of CompStat are strong management and accountability techniques in a police department, as well as reliance on data collection to identify crime patterns at chosen locations. Resources are then deployed to break those patterns.

Shift changes have also increased police visibility. In Fayetteville, the patrol shift schedule changed from three daily eight-hour shifts to two 12-hour shifts in January of this year. The net effect was a significant increase in human resources on the streets at a given time — from roughly 30 officers to 50.

Police officers expressed concerns because their work schedules have a greater impact on their personal lives than any other non-life-threatening variable. According to the Brennan Center for Justice report, officers and their supervisors were initially concerned about the fatigue factor and its potential impact on safety, decision-making and productivity.

To their advantage, though, police officers working 12-hour shifts found they spend more time with their families and have more time to perform routine tasks at home and away from work. Every other weekend off provides them more flexibility for recreation. A vast majority of spouses also reported overall satisfaction with the 12-hour schedule.

In the Fayetteville Police Department, there have been no insurmountable problems reported in implementing the 12-hour schedule. Advantages far outweigh any disadvantages because fewer, longer shifts have a track record of improving the quality of life for officers and their families. Perhaps the most convincing argument for 12-hour shifts was that there is no record of officers wanting to switch back to their previous schedules.