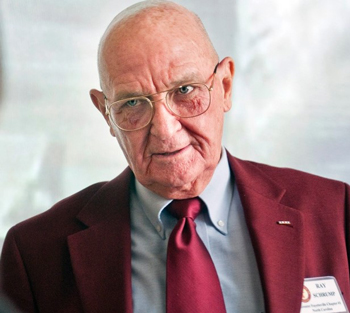 America’s involvement in the Vietnam War was so gradual that a fixed date for its beginning is impossible to set.  In 1961, President John F. Kennedy authorized sending 400 Special Forces troops and 100 other U.S. military advisers to South Vietnam. The same day, he ordered the start of clandestine warfare against North Vietnam to be conducted by South Vietnamese agents under the direction and training of the CIA and U.S. Special Forces. President Dwight Eisenhower had sent about 50 military advisors to help the South Vietnamese army defend against communist incursion.

During the Buddhist holiday of Tet, Jan. 30, 1968, one of the largest military campaigns of the Vietnam War was launched by forces of the Vietcong and North Vietnamese People’s Army against the South Vietnamese Army, United States Armed Forces and their allies. Over 80,000 Vietcong troops emerged from their tunnels and attacked nearly every major metropolitan center in South Vietnam.

Army Major Raymond Schrump turned 36 years old the day he arrived in Vietnam, the same day the Tet Offensive launched. Schrump had accepted a job training and coordinating local fighters to work with U.S. soldiers against North Vietnamese forces. Early one morning, when a U.S. light infantry unit was ambushed near Schrump’s base, he took some of his men to retrieve the wounded. He was shot in the right shoulder and was taken prisoner. In the nearly five years that followed, Schrump said he was held at 11 different sites in South Vietnam and Cambodia.

Captured soldiers faced miserable conditions with inadequate food and a general lack of sanitation. Cruel treatment was common. “I had malaria so many times I lost count,” Schrump said.

He became emaciated, at one point weighing less than 86 pounds. Though he often contemplated escape, Schrump’s ordeal didn’t end until after the signing of the Paris Peace Accords on Jan. 27, 1973. His then-wife Anne traveled with the U.S diplomatic team to Paris. In February, Schrump and other POWs returned to the United States. Schrump came to Fort Bragg, where he had joined the Special Forces in 1962. He was brought off an Air Force plane at Pope Army Air Field on a gurney.

Schrump kept his life private and retired as a lieutenant colonel in December 1973. He launched a new career as a military contractor first at Fort Bragg and later working for companies in the Persian Gulf.

Now 87, Schrump also worked as a volunteer at the North Carolina Veterans Park across the parade field from the Airborne & Special Operations Museum in Fayetteville. Museum curator Nicole Suarez spent many hours with Schrump, recording his story and seeking his counsel for an exhibit that fills a gallery at the museum and tells the stories of several POWs, including Schrump.

“It’s uncomfortable” to hear this story, says Suarez, and that’s good. “You want people to feel something. You don’t want to sanitize the experience.”

As they leave the museum, visitors are reminded that so long as U.S. soldiers are at work in the world, they are at risk of capture and imprisonment and that Special Forces troops are still among the most desirable targets. Schrump has said he hopes those who tour the exhibit learn something, too, about the resiliency of the human spirit. It was his faith, he says, that kept him alive through his captivity. “Faith in God, faith in my country, and faith in my fellow man,” he said.