I-295 Extension to Cliffdale Road open

Traffic along future I-295 West has already picked up in a busy local area. A $144 million road construction project, along a seven-mile stretch of the interstate, was completed last month. What will eventually be a 39-mile outer loop around the Fayetteville metropolitan area includes a new segment that parallels Reilly Road from the All American Expressway to Cliffdale Road. There are interchanges at Gruber, Yadkin and Morganton Roads. The loop will eventually extend to I-95 just south of the Cumberland County line in Robeson County. NCDOT has awarded an $85.2 million contract to Barnhill Contracting Co., Sanford Construction and HDR Engineering for work on another stretch of the future interstate that is 3.1-miles long. Construction for this section began in August 2017. Traffic is expected to begin using the new section with a Raeford Road interchange, by the end of 2020.

“Ms. Sochovka has a heart for children,” said Dr. Pamela Adams-Watkins, executive director of CCS Exceptional Children’s Services. “She is an advocate for children ... always thinking of 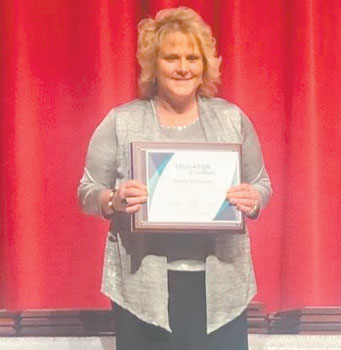 innovative ways in which to engage her students in her social skills lessons.”

The announcement came during a special dinner at the annual Exceptional Children’s Conference in Greensboro in November. An educator from each school district was selected to be honored during the annual gathering.

Recent restaurant sanitation ratings
There are hundreds of food handling establishments in Cumberland County. They are routinely inspected by the Department of Public Health, a couple dozen or so at a time. During the period between Oct. 28 and Nov. 14, 55 local establishments were checked by environmental health inspectors. 50 of them received A ratings, ranging from 90.5% to 100%. A food truck, G-Ma’s Fried Ribs and Southern Cooking and Super Compare Foods, which is located at 155 Bonanza Dr., got 100s with no violations found. The places that received B ratings were Super King Buffet, 595 N. McPherson Ch. Rd.; Bojangles, 3440 Ramsey St.; Zorba’s, 2919 Raeford Rd.; Wing Company Bar & Grill, Suite A, 7071 Raeford Rd.; and the Circle K at 7910 Raeford Rd. Wing Company and the Circle K were within two points of receiving C ratings. The North Carolina Health Department inspection scores are shown as numeric grades: (90-100=A, 80-89=B, 70-79=C). Establishments are required to post their grade cards in conspicuous places for public viewing. 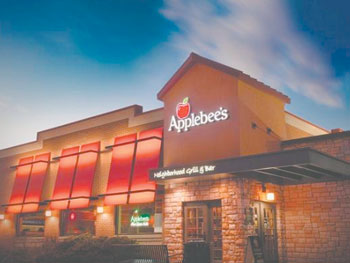 Cape Fear Regional Theatre has received two grants from the Cumberland Community Foundation in support of the theatre’s endowment fund. CFRT was awarded a Lilly Endowment Challenge grant, which will provide a dollar-for-dollar $25,000 match of contributions made to The Bo and Herbert Thorp Endowment.

“We are so grateful to the CCF and the Ashton W. Lilly Fund for Philanthropy for this opportunity to continue to grow CFRT’s endowment, which has recently exceeded $1,000,000,” said Artistic Director Mary Kate Burke.

The theater also received a $5,000 Endowment Operating Support grant, which will allow CFRT to engage potential endowment donors. As part of the endowment campaign, three special performances of the 29th Annual “Best Christmas Pageant Ever” will feature Founding Artistic Director Bo Thorp Dec. 8, 14 and 15. Tickets will cost $30, half of which will go toward the endowment fund. Since 1962, Cape Fear Regional Theater has presented an annual series of plays, performances and special events.

The Pentagon is expanding access to on-post military stores for some 4.1 million veterans and caregivers, the Defense Department announced. The expansion, which begins Jan. 1, will grant veterans with documented service-related disabilities, Purple Heart recipients, former prisoners of war and certain Department of Veterans Affairs veteran care givers access to commissaries and military exchanges at Fort Bragg and other posts within the United States. The changes were included in the 2019 National Defense Authorization Act.

“These new privileges recognize the service and sacrifice of these veterans and those that care for them,” said A.T. Johnston, the deputy assistant secretary of defense for military community and family policy. Until now eligibility to shop at on-base commissaries and exchanges in the U.S. has been limited to active-duty troops, members of the National Guard and reserves, and military retirees and their family members. Sens. John Boozman, R-Ark., and Brian Schatz, D-HI, spearheaded efforts in recent years to open the services to more veterans, especially ones injured in combat or held prisoner. 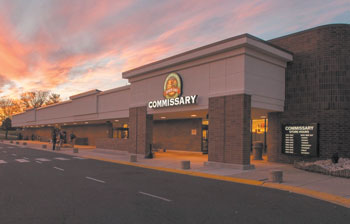 “If you have the Purple Heart, you should also have access to the commissary. It’s as simple as that,” Schatz said last year. The senators also noted the plan is an opportunity to strengthen the commissary system. Last year, the Defense Commissary Agency announced its sales had slumped 20% during the previous five years.