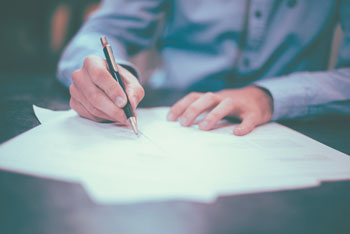 Every other year the city of Fayetteville conducts a comprehensive survey to assess resident satisfaction of major city services. Consulting firm ETC Institute administered the most recent survey during the fall of 2019. It was reported to City Council this month. The highest level of gratification was the overall satisfaction of fire department services. Categories that citizens felt need additional emphasis were traffic flow, street maintenance and the overall quality of police protection. However, police performance was second only to fire protection.

The survey found that residents have a positive perception of the city. The overall quality of services provided by the city was significantly higher than findings in the southeastern U.S. and the nation as a whole. Residents ranked Fayetteville as a safe and secure community and a desirable place to live and work. Survey respondents were asked about taxes and their willingness to support additional funding for certain services.

Fire and police services and stormwater infrastructure got the most funding support along with investments in the city’s transportation network and construction of additional sidewalks. Since the last survey, satisfaction ratings have increased or stayed the same in 66 of 101 areas of concern over the last two years. Fayetteville ranks 13% above the U.S. average in the overall quality of city services and 15% above the national average in city employees’ customer service.

Residents who took the biennial survey were asked about their feeling of safety in Fayetteville. Fifty-four percent said they felt safe. Forty-seven percent of the people were neutral in their responses or felt unsafe. Nationally, 66% of the citizenry felt safe in their communities. Police response time got good marks; 58% were satisfied with law enforcement response to emergencies. But 39% of the respondents were happy with neighborhood police patrols.

Overall, the fall 2019 citizen survey reflected improvements in the ways the city of Fayetteville provided services to its residents. There was one area of general dissatisfaction over the last few years — code enforcement. There was a 17% negative differential in the enforcement of codes and city ordinances in Fayetteville when compared with other cities in the mid-Atlantic region. The appearance of houses in neighborhoods was down a tad since 2013. Graffiti removal got a 48% rating six years ago but was 43% in 2019. Removal of abandoned vehicles on private property got a better response from the city in 2013 than last year.

City officials say the purpose of the resident survey was to help the city ensure that its priorities match the needs and wants of residents. This was the fourth survey that ETC Institute has conducted for the city of Fayetteville. During the past year, ETC Institute said 42% of households contacted the city to seek services, ask questions or file complaints. Survey results are available online via the city’s website, https://fayettevillenc.gov/ .