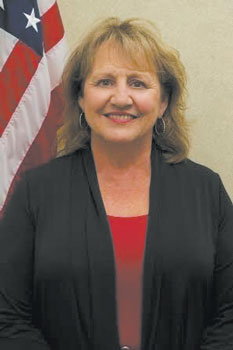 Hope Mills Mayor Jackie Warner issued a statement Wednesday afternoon in response to a post made on a Facebook page. The page, called the Hope Mills Bee, has subjected Warner to numerous personal attacks over the last several months.

The page is one of multiple such pages on Facebook that have been involved in an orchestrated campaign against Warner.

The original post on the Hope Mills Bee has been shared multiple times, both by individual Facebook members and other pages that have consistently criticized Warner. According to information posted on the page, the Hope Mills Bee is a self-described media/news company that lists an email address and contact phone number but does not reveal who the creator of the page is.

The post Warner responded to was made Monday at 3:58 p.m. It features a photo of an Internal Revenue Service document entitled Notice of Federal Tax Lien. Anonymous text posted with the document states that the federal tax lien was filed against WarJack Enterprises, which is the corporate name of Countryside Furniture in Hope Mills. The business is operated by Warner’s husband, Alex. Mayor Warner is listed as the secretary, but she said she is not involved in day-to-day operations. Also listed are her husband Alex, who is the president, and son Teddy, who is vice president. They are the only corporate officers.

The text of the Facebook post states “it appears from the lien that no taxes were filed or paid for at least six years.’’ Warner, in the statement and in a subsequent telephone interview, made it clear that while the information about a lien being filed is accurate, the statement that no taxes have been paid on the business is entirely false. Warner said she and her husband are not delinquent with tax payment and have fully paid all property, income and sales taxes they owe.

She said the lien was filed because of unpaid penalties resulting from the multiple late filings of tax information by their accountant dating back to 2010. The lien was filed in September of 2019, according to the form in the photograph. Warner said they took no action because their accountant informed them he was in negotiation to get the fees waived. Warner declined to reveal the name of the accountant due to the ongoing negotiations to get the fees waived.

“As Mayor of Hope Mills, I have tried to be a good role model for our community,’’ Warner wrote. “Our current situation that has caused so much discussion on social media is related to late filings of corporate tax reports.’’

Warner went on to explain that she and her husband owe penalties that were assessed due to late filings of tax information. “We have had the same accountant for over 40 years, so our responsibility and accountability we accept while we trusted that we were receiving good advice,’’ she wrote. “Our accountant was and has been in negotiations with the IRS with the understanding he was requesting waivers of the penalties.’’

Warner said all of the corporate tax penalties will be paid once negotiation with the IRS over the final amount owed have been completed. “We believe all citizens should be held accountable, including the mayor, for our responsibilities as a tax payer,’’ she wrote.