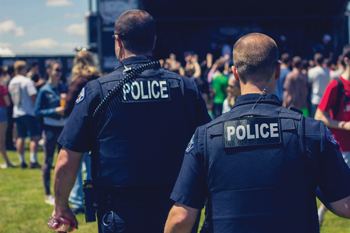 The national average wage for a police officer in the United States, according to the most recent data released by the Bureau of Labor Statistics, is $29.45 per hour, or a salary of $61,270 per year. But that can fluctuate. Generally, police officers employed in northern states have a higher chance of receiving larger paychecks. Officers in the highest-paying states all received salaries well above the national average, while officers in the lowest-paying states were far behind that benchmark. Some states, including North Carolina, have salaries well below the national average.

Research indicated there is a variety of contradictory information among reliable law enforcement sources regarding wages. For purposes of this article, Up & Coming Weekly relied on the federal Bureau of Labor Statistics. The Tar Heel state is among the 10 lowest-paying states for law enforcement wages.  The average wage is $42,980. This salary falls below the national median household income of $53,889. Police patrol officers are usually in higher demand than sheriff’s deputies or correctional officers. There were 5,738 job openings for patrol officers posted online in 2016, and the BLS reports that job opportunities are greater in areas with larger populations.

The starting pay for an inexperienced Fayetteville police officer is significantly less than the entry-level salary for a Cumberland County deputy sheriff, $34,489 versus $39,237. The starting wage for detention officers at the county jail is now $36,500, $2,000 a year more than city police officers.

“The wage disparity for the city of Fayetteville P.D. has always been a big concern for me since joining the police department,” said Police Chief Gina Hawkins. “I have been in discussions with the city manager in reviewing the salaries for sworn personnel.”

Noncompetitive wages have cost the city. Hawkins said 59 officers left the police department in 2019, significantly more than the yearly average. “On any given year, we prepare for approximately 38 officers to leave the organization,” Hawkins said. She added that retirements, leaving for other jurisdictions, federal/state opportunities, disciplinary issues, resignations, personal issues, contribute to turnover. The current city police department authorized strength of sworn officers is 434.

Candidates looking to stand out from the competition may want to consider pursuing a bachelor’s degree. Being able to speak a second language can also be a big plus for police departments that serve diverse communities. When recruiting, Hawkins said, “We look at more than just salaries and starting wages. We look at many other retention incentives such as (a) housing incentive that was approved by City Council in revitalized areas in city limits.”

Additional pay for a college education is available in the city. An officer with a Bachelor’s degree earns an additional $2,500 per year. Those with an associate’s degree receive an extra $1,250 a year.