Spring Lake: A town in trouble 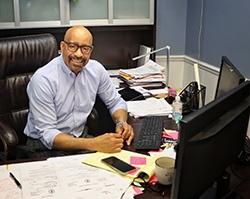 The Town of Spring Lake is no stranger to ineptness or corruption when it comes to town governance.

From losing control of its police department to the Cumberland County Sheriff’s Office because of corruption to the most recent state takeover of the town’s finances, the Town of Spring Lake has, over the years, tainted its reputation.

In its most recent debacle, the North Carolina Office of the State Auditor (OSA) deemed the town incapable of handling its finances and put its financial affairs under the Local Government Commission. Additionally, a state audit published in March determined that Spring Lake officials misused taxpayer dollars, including more than $430,000 for personal use by the town’s former accounting technician. The audit further alleges that the town did not adequately inventory vehicles, misused procurement cards and that minutes of public meetings were missing.

The audit found that the town’s finance director failed to supervise and review the accounting technician’s actions, especially deposits into her account at the Fort Bragg Mutual Credit Union.

The March audit was not the first time Spring Lake came under state fiscal scrutiny. A 2016 OSA audit found similar infractions. The OSA launched that investigation after receiving complaints of misappropriation of money via its hotline. The audit identified 63 Town employee positions and three aldermen who violated town policy using procurement cards. The audit did not name the individuals.

It also determined that from July 2010 through March 2015, the town board and employees spent at least $122,434 on 1,448 purchases unrelated to town business. And the town under-billed a commercial real estate company by $90,930 because town employees misread water meters. After discovering the mistake, the then-unnamed town manager believed it unfair to bill the real estate company for the remaining water usage, according to the report.

The reasons for Spring Lake’s continuing financial mishaps can be attributed to several reasons, according to a former long-time Alderwoman Fredricka Southerland. For years, Southerland was on the losing end of a 3-2 vote regarding town business she considered questionable.

“I believed in honesty and transparency. The town needed to quit sweeping things under the rug,” she said. Retired from the banking and financial industry, Southerland often questioned the town’s fiscal decisions. She blames much of the town’s financial woes on unqualified leadership. Leadership unwilling or unable to learn about their fiscal responsibilities. In one set of town meeting minutes, Southerland is on record pleading with her fellow board members to educate themselves about issues.
She also suggests the town’s citizens own part of the blame. Despite having one of the highest municipal tax rates and a $13 million budget, the town of some 12,000 often voted for personalities rather than qualified candidates.

“I tried my best to educate them. Some didn’t realize how much (taxes) they were paying. I wanted them to come out to meetings and hold the board accountable,” she said.

In this latest financial mishap, the town’s organizational makeup may have played a damaging role. For example, although the town operates under a council-manager form of government where the town manager is the chief administrative officer, well versed in the responsibilities of all aspects of the town’s daily activities, Spring Lake had its finance director and thus financial operations reporting to the board and not the town manager.

The often-abrupt dismissal of key town personnel also played a role. In this instance, it led to the appointment of a non-qualified accounting technician to the finance director role. This individual is alleged to have embezzled town funds; an issue brought to light in the latest audit.

The LGC has a legal obligation to ensure local governments’ finances are well managed. Spring Lake joins the towns of Kingstown, Robersonville, Pikeville, Eureka and East Laurinburg under the LGC’s financial control. Under state law, the LCG has far-reaching powers, and last year voted to revoke East Laurinburg’s municipal charter because it couldn’t get its finances in order. The town will no longer exist after June.
Spring Lake’s ongoing financial woes are not new. The LGC communicated with Spring Lake numerous times during the past four years, raising concerns about the town’s failure to follow state law when administering public money.

In its latest actions, the LGC on May 2 intervened to resolve issues surrounding a $1 million loan the town accepted from South River Electric Membership Corporation. The problem: Spring Lake did not have the authority to accept the loan since its finances and ability to repay any loan were under state jurisdiction. The town never sought LGC approval of the loan.

So, the LGC directed its staff on May 3 to begin re-negotiating with South River EMC terms for the town to pay off the loan. South River EMC loaned the $1 million to Spring Lake to build a fire station, which the town started building before the money was in place. The original 10-year term was deferred for two years, followed by eight annual payments of $125,000.
Since Spring Lake never asked the LGC to approve the loan, under state law, the loan and its agreements are not valid and thus not enforceable by the lender. However, the LGC wants to hold South River EMC harmless and opted for Spring Lake to repay the loan. The LGC’s counteroffer is a 20-year payback period with a two-year payment deferral. A 20-year payback period would be less stressful to the cash-strapped town.
According to the LGC, once the terms are final, its staff will file an application for financing approval – required by law – and hold public hearings before staff brings the proposal back to the LGC for a vote.

Spring Lake, for years, knew its financial operations were suspect. The latest warnings included:
• January 3, 2020, Sharon G. Edmundson, LGC’s Fiscal Management director, sent a letter to Mayor Larry Dobbins warning him that for fiscal years 2018 and 2019, the town failed to submit its annual audits.
• April 23, 2020, LGC staff sent a letter to Spring Lake’s Board of Aldermen and town administration stating that the town failed to comply with state law by not having fiscal year audits conducted soon after adopting a budget. Audits are due October 31 following June 30 budget adoptions.
• June 2, 2020, the LGC issued a resolution warning Spring Lake regarding its failure to comply with state laws to submit fiscal year audits. According to the resolution, the town’s audits had been at least two months late for the past five years. The 2018 audit was 16 months late.
• June 23, 2021, citing a budget deficit and lack of fiscal controls, the LGC again warns Spring Lake of a possible takeover of the town’s finances. The LGC held an emergency meeting on June 22 and voted unanimously to send a warning to Spring Lake due to concerns over long-standing fiscal irregularities and an investigation into missing money.
• July 26, 2021, The LGC voted to take complete control of Spring Lake’s finances if the Board of Aldermen impedes the Office of State Auditor investigation into “questionable” financial activities if the board withholds information from the commission.
• October 5, 2021, after being under investigation by OSA for several months, the LGC voted to finally take over Spring Lake’s finances. The LGC cited concerns the town may default on November debt service payments totaling $221,385. The action came two months after the July warning.
• March 24, 2022, LGC appoints deputy finance officers in the wake of staff turnover.
• April 6, 2022, The LGC issues a letter to Spring Lake Mayor Kia Anthony and the Board “expressing deep concern over possible lack of compliance with state laws and reluctance to work cooperatively with commission staff.”

Last month, the town hired Joe Durham as interim town manager. For the past eight years, Durham has operated an executive coaching and recruitment service for local governments. Before that, Durham spent years in local government leadership roles, including deputy manager of Wake County.
Spring Lake hired Durham to recruit a town manager after the termination of its last manager, Daniel Geralds. Durham said recruitment was looking bleak. “People were staying in place,” he said.
So, Durham put recruitment on hold and agreed to step in as the interim town manager until October. His goal, said Durham, is to get the town back on its feet and help the town regain its credibility regarding administering its finances.

“The town is in the process of updating many policies relating to financial management. This will represent a comprehensive rewrite and will be conducted over many months, with items going to the board on a regular basis. The existing policy on credit cards is no town employee has a credit card in his /her possession and must make a request to the town manager each time there is a documented need detailing cost and purpose.”

He goes on to say, “The town has policies and procedures that will have to be developed in response to the audit.” Durham said the board created an Audit Committee that will go through each of the audit’s findings and recommendations and work to resolve them. The Audit Committee will make monthly reports to the board, the LGC, and the OSA on its progress.

The Audit Committee currently consists of two board members and himself, and he suggests perhaps including a citizen or two to enhance transparency.
There is no date or timetable for the LGC to turn over finances back to the town. “We discuss this on an ongoing basis,” he said. Once a strong finance director is in place, Durham believes the town can regain control of its finances by the end of the calendar year.