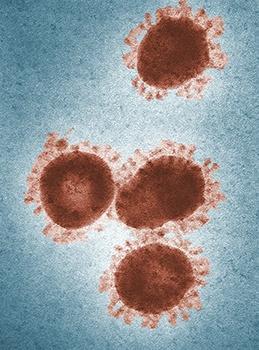 North Carolina officials have confirmed 11 cases of monkeypox, a disease caused by the monkeypox virus, in the state as of Wednesday.
Of those cases, 10 involve North Carolina residents, and one involves a nonresident.

At least 929 people in the United States — and over 7,500 people around the globe — have been infected with it since May 18, according to the national Centers for Disease Control and Prevention.

North Carolina’s first case during this outbreak was diagnosed in Haywood County and announced by the N.C. Department of Health and Human Services on June 23. Mecklenburg County announced its first case four days later on June 27. Durham County confirmed its first case on Tuesday.
While some individual counties are announcing infections, DHHS said it is not providing a county-by-county breakdown or saying where new cases have occurred, citing a desire to protect patient privacy.

Monkeypox is part of the Orthopoxvirus genus, which also contains the virus that causes smallpox. According to the CDC, most outbreaks of monkeypox are linked to countries in central and western Africa.
The West African strain involved in this outbreak has a high survival rate but can be “extremely painful” and leave lifelong scars, according to the CDC.

While the West African strain of monkeypox has a survival rate of over 99%, the CDC lists several common factors that may increase the risk of death from monkeypox, including individuals who are pregnant or breastfeeding, children younger than 8 years and individuals who have had eczema or who are immunocompromised.

Monkeypox can cause a rash with a fluid-filled blister that later dries and scabs over.

“People who have been diagnosed with monkeypox outside of Africa have all had skin blisters,” UNC Health notes. “Some have only a few — or even a single lesion — on the penis, anus, hands, feet, arm, legs or face. Sometimes blisters form on the palms or soles of the feet, which are unusual places to have a rash.”

According to UNC Health, some patients might experience other symptoms before they notice any bumps. Some individuals may feel ill, be fatigued, experience headaches or notice swollen glands, according to the website.
While asymptomatic individuals can spread COVID-19, the CDC says individuals infected with monkeypox can spread the virus only if they have symptoms.

“Monkeypox is transmitted person to person through direct skin-to-skin contact, having contact with an infectious rash, through body fluids or through respiratory secretions,” according to DHHS.

“Such contact often occurs during prolonged, face-to-face contact or during intimate physical contact, such as kissing, cuddling or sex. While anyone can get monkeypox, in the current outbreak, many of the cases are in men who have sex with men.”

There are other ways to contract the virus.

“Touching items (such as clothing or linens) that previously touched the infectious rash or body fluids is another way monkeypox spreads,” according to the CDC.

“It’s also possible for people to get monkeypox from infected animals, either by being scratched or bitten by the animal or by eating meat or using products from an infected animal.”

Symptoms can last for two-four weeks, and infected individuals can be contagious until their rash disappears and new skin covers the affected area, according to the CDC.

“Anyone who has symptoms consistent with monkeypox and those who have had contact with someone who has monkeypox should isolate at home away from others and notify their health care provider,” said Sarah Henderson, health director for Haywood County.

“It is important to remember that anyone who has been in close contact with someone who has monkeypox is at risk.”

Dr. David Weber, medical director for UNC Hospitals’ departments of hospital epidemiology (infection prevention) and associate chief medical officer of UNC Health Care, said there is “always concern about mutations” with the virus.
Weber said that since genome sequencing has been completed, it can help reveal if the virus has mutated.
Weber said there are two primary worries when it comes to mutations: whether the virus can become more transmissible and whether it might become increasingly “capable of causing serious disease.”

According to Dr. Raynard Washington, director of Mecklenburg County Public Health, Mecklenburg’s patient is not thought to be tied to another case within North Carolina.

To protect the Haywood patient’s privacy, Henderson could not say whether there were any other potential cases under investigation or how many contacts the Health Department needed to reach out to regarding the case.

“Following the initial press release, we received a few calls from local providers regarding sample collection and the algorithm for testing,” Henderson said via email.

“We have also received a few calls from residents seeking further information and education. If we were to have an increase in cases in the future, we would communicate that with the residents of Haywood County.”
Once a case is diagnosed, the state assists organizations in determining the next steps.

“When a monkeypox case is identified in a North Carolina resident, (DHHS) works closely with the CDC, local health departments and health care providers to identify and notify individuals who may have been in contact with an infectious person and to assess each individual contact’s level of risk,” a spokesperson for DHHS said via email.

Henderson said Haywood County is equipped to handle the outbreak.

“Public health response to a communicable disease varies slightly based on the illness that we are dealing with,” Henderson said via email.

“While the COVID-19 pandemic has brought to light our response on a larger scale, we at the local level are prepared to respond to public health issues and emergencies as they present themselves.”
In Mecklenburg, Washington said, public health experts are constantly learning.

“Our public health teams continue to build on lessons and experience gained via public health response to include COVID-19 response for case investigation, contact tracing and vaccination efforts,” Washington said via email.

On June 28, the White House announced that it would begin sending vaccines to areas that needed them the most.

“With today’s national monkeypox vaccine strategy, the United States is significantly expanding deployment of vaccines, allocating 296,000 doses over the coming weeks, 56,000 of which will be allocated immediately,” the White House said in the press release.

JYNNEOS is a two-dose, FDA-approved vaccine for high-risk individuals 18 years old and older and can help reduce the chances of contracting monkeypox and smallpox.

A spokesperson for DHHS said more vaccines will be distributed as availability increases.

“Because of limited supply, vaccination will first only be offered to individuals with known or suspected exposure to monkeypox,” the spokesperson said via email.

“This includes people who have been in close physical contact with someone diagnosed with monkeypox and men or transgender individuals who have sex with men and have had multiple sex partners in the last 14 days in either a venue where monkeypox was present or in an area where the virus is spreading.”

Additional vaccines should be sent soon, though no firm date for the next shipment has been announced.

“The second wave of JYNNEOS distribution, likely arriving next week, will allow (DHHS) to implement a broader strategy for preexposure vaccinations,” the spokesperson added. “(DHHS) is continuing to work with local health departments and community partners on education efforts and to be prepared if a wider push for treatment is needed.

Health officials ask that people with symptoms of monkeypox have a doctor examine them.

“Though this is the first confirmed case in the county, we know there are likely other cases,” Washington said in a press release when Mecklenburg’s case was first announced. “We are encouraging doctors to consider this in people who have a rash or skin lesion that looks like monkeypox.”

According to the CDC, individuals infected with monkeypox can only pass on the disease if they are showing symptoms, unlike COVID-19, which can be spread by asymptomatic people.
Dr. Rachel Noble, a professor of marine and environmental microbiology whose lab is helping lead COVID-19 monitoring in wastewater in North Carolina, said the state could begin checking wastewater for monkeypox, if necessary.

“We have developed the methods and have established the capability to do surveillance for (monkeypox) in wastewater,” Noble said via email. “However, at this time, we have not been called upon by the state of North Carolina to do so, we are ready if it becomes a need.”
The N.C. Wastewater Monitoring Network began tracking SARS-CoV-2, the virus that causes COVID-19, in wastewater in January 2021. The wastewater data is about six days ahead of the COVID-19 clinical testing data and can provide a heads-up when an outbreak occurs, even before symptoms become

“For monkeypox, it may be better to conduct clinical testing because of the need for an individual to be symptomatic in order to transmit the disease, but these are decisions that will be made in the near future,” Noble said.

A spokesperson for DHHS said there is no timeline yet for making the decision.

“We are currently evaluating the laboratory tests for identifying monkeypox in wastewater and how to interpret this data into public health action,” the spokesperson said.

The representative said it is possible the state may add a dashboard to allow the public to monitor the spread in North Carolina, similar to the dashboard that was implemented for COVID-19.

“We use our reportable disease surveillance system, NCEDSS (N.C. Electronic Disease Surveillance System), to track cases and are considering a public-facing dashboard to display case and vaccine data,” the NCDHHS spokesperson said. “In the meantime, the CDC has up-to-date information on case numbers and ASPR (the U.S. Office of the Assistant Secretary for Preparedness & Response) will be sharing vaccine distributed.”

Neither Haywood nor Mecklenburg plans to create a local dashboard in the near future. With a low number of patients, adding a dashboard could threaten patients’ privacy, according to Washington.

While monkeypox can be spread through physical contact, including during sex, monkeypox is not a sexually transmitted disease.
Weber addressed some common misconceptions about monkeypox.

“Monkeys are not the source/reservoir of the disease — carriage by rodents is the reservoir,” Weber explained. “(It is a) generally mild disease, unlike smallpox. (It is) transmitted generally by direct contact, although close, prolonged contact may lead to droplet transmission.”

Weber said vaccines should be used for high-risk individuals as well as those exposed to the virus. If it is administered within four days of exposure, the chances of infection decline. Within four-14 days after exposure, receiving a vaccine may help lessen the severity of the infection.

Weber also pointed out other key lessons from the COVID-19 pandemic, such as identifying needs for “public health interventions, transparency, global cooperation [and avoiding] stigmatization.”

To learn more about monkeypox or for the latest case numbers, visit the CDC’s website.