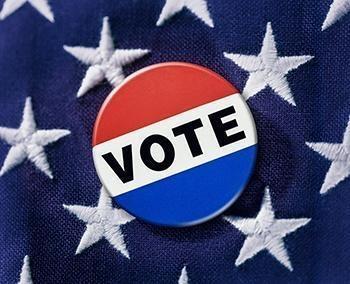 The Fayetteville City Council will undergo a considerable change next month with four new members joining five incumbents, according to unofficial results Tuesday.

Three of those new council members – Mario Benavente in District 3, Deno Hondros in District 9 and Brenda McNair in District 7 – ousted incumbents in Tuesday’s municipal election, according to unofficial returns from the North Carolina State Board of Elections. The fourth, Derrick Thompson, was elected in District 6, where Councilman Chris Davis chose to run for a legislative seat.

Mayor Mitch Colvin defeated his challenger to win another term, according to the unofficial returns.

The mayor and the council members are set to be sworn in during an inauguration ceremony scheduled for 6 p.m. Aug. 11 at Seabrook Auditorium on the campus of Fayetteville State University. The event is open to the public.

Meanwhile, there is the possibility of a recount in District 3 if Councilman Antonio Jones requests one and the lead in his race with Benavente remains as narrow as it is.

“At this point, we don’t know,” said Vicki Hilburn, who serves as administrative support with the Cumberland County Board of Elections. “That would be after the canvass (process) was done. Right now the margin could widen.”

That’s because the absentee and provisional ballots will be added to Tuesday’s results during the scheduled Aug. 5 canvass to make unofficial wins official.

"After all that's done," Hilburn said, “we can discuss that.”

The canvass will be conducted at 11 a.m. at the Board of Elections, 227 Fountainhead Lane.

Angie Amaro, interim director of the Board of Elections, said at this point Jones would be able to call for a recount. “But,” she noted, “everything is not final.”

Jones, 48, is a pastor and a real estate agent. He said he plans to ask for a recount should Benavente's unofficial margin of victory remain like it is.

For a non-statewide ballot item in North Carolina, a candidate has the right to request a recount if the difference between the votes for the candidate and the votes for a prevailing candidate is not more than 1% of the total votes cast, according to the state recount law.

"I have my own personal set of ethics," Jones said. "I will not do those tactics, like send out lies and try to defame people. I saw the fliers. If it may have cost me, it's fine. I run a clean campaign. That does not move me. I'm not winning at any cost."

In response, Benavente said, "We ran a grassroots campaign with a lot of first-time volunteers. Getting young people involved in the political process. We knocked on doors, we pounded the pavement, and we had real conversations with people. And that's the real big difference between our campaigns. I got to know my neighbors, we spent real hours out in the community, and I don't think the same can be said about my opponent."

Amaro said a request for a recount must be made in writing. The Board of Elections must receive the written request by 5 p.m. on the first day of business following the canvass.

Thompson, 60, and originally from Philadelphia, has lived in the Fayetteville area since retiring from the Army after 22 years of service in 2003. He also is a retired postal worker.

He believes he won the District 6 seat by running a grassroots campaign. He also credited his involvement in the community.

“Me being a president of the Rayconda Homeowners Association, being a former mailman and having collaborations with other community watch leaders in Arran Lakes, Hickory Grove, Ashbury and Woodland Village, we have the same issues," he said.

Thompson said his main focus will be collaborating with communities in the district.

“Every community in my district, I want to get to know you,” he said Wednesday. “To me, it’s about serving the people. My district and my city.”

The new council will need to come together, as well, he said, when asked how he thought the new members will get along.

“We need to collaborate together so when we walk out of a planning session, we’re all in one accord,’’ Thompson said. “We stand together or we will all fall.”

Thompson said he will bring new ideas, an incentive to do hard work, transparency and a willingness to work with others.

McNair, who is 61 and from Hoke County, has called Fayetteville home for 22 years.

She’s an entrepreneur, having established four beauty salons, a bail bonding business, an HVAC company that does repair work and a landscaping company for her son. McNair also has purchased real estate over the years.

What did she think led her to victory over District 7 Councilman Wright, who has served four terms on the council?

“Well, I don’t think I put a whole lot of thought into that,” she said. “I think my strength was with the idea of winning. I’m the type of person, once I start something, I have to finish it, and I have to be at the top. I want to be the winner; I don’t like to lose.

“I’m very passionate about becoming a city councilman because I have a heart for people, and bringing change and bringing it to the next level,” she said. “I don’t like being stagnant. I don’t like poverty. I grew up in that. My mom and dad struggled, raising six kids. … I was always the one who was a trailblazer.”

Once she is sworn into office, McNair said she would like to hold a town hall meeting so she can touch base with her District 7 constituents.

“Because they’re really counting on me,” she said. “I’ve had several calls already. Requests from individuals who are heartbroken and feel they’ve been left out.”

The newcomers and the incumbents on the City Council have different goals and have set standards, she said.

“I do believe people coming in now have certain standards,’’ McNair said. “We have to learn each other’s personalities and learn to respect each other. Everybody brings something good to the table.”

McNair said she likes unity and believes she can apply her common sense.

“I have the ability to tear down things that are not good and rebuild to a place where it’s good,” she said. “Where it’s functional on a different level. Where everybody will be satisfied. I have very high standards.”

Benavente, 32, was born in Korea to a military family. When he was about a year old, the family moved from Fort Bragg to Fayetteville.

He's a first-generation American, he said, whose father immigrated from Peru and his mother from Korea.

Benavente felt that his win was due to his working in the Deep Creek community in a variety of capacities since he graduated from undergraduate college. When he returned to Fayetteville about five or six years ago, one of the first things he said he did was go back to his alma mater —E.E. Smith High School. He said he asked, what can I do for my high school?

"And we started the college bound community, where I would come in once a week and work with students to help them," Benavente said. "To fill out college applications. To fill out college scholarship application essays. It went from there. I got to know the alumni association; I worked on the scholarship community. I'm now the vice chair of the board of directors for E.E. Smith.

"That's not something that they handed me," he said. "It's something that I earned — the trust of the association, very well established with community leaders. So folks got to know me over this time doing real work for the community. So when I made the shift to try to represent them as a City Council member, it was a logical progression. I had already been doing the work, and now I want to be able to do even more."

Benavente said that when he joins the council, he intends to continue his efforts on behalf of community members to push for a civilian review board that would provide civilian oversight when police misconduct occurs within the Fayetteville Police Department.

"I think that's going to be the very first priority for me once I'm on council," he said. "That's exactly what we need to make sure we're improving public safety in the right way."

Benavente said he has gotten to know most of the council members by attending council meetings and work sessions over the years.

"So I'm confident of the working relationship that I will have with them," he said. "We'll be hitting the ground running. When it comes to some of the newer faces, we certainly got to know each other in early voting polling locations and seeing the kind of dedication and time that they're willing to invest in serving the community. It tells me that we all want to make Fayetteville a better place. I am looking to move the city forward."

Hondros, 45, is a Fayetteville native who graduated from Terry Sanford High School and Fayetteville Technical Community College. He started in the restaurant business but has worked as a commercial real estate broker for 23 years.

He credited his victory over incumbent Yvonne Kinston in District 9 to God, his wife, Liza, his son, James, and his campaign team.

"It was a true group effort," Hondros said.

He plans to stay true to his campaign platform, focusing on public safety and city infrastructure. Hondros previously served on the Fayetteville Stormwater Advisory Board.

"Loss of life or potential loss of property — there are a number of things going into public safety to make the community safer," he said. "Workforce housing: I believe that everyone should be afforded the opportunity to live where they labor."

According to Hondros, Fayetteville is roughly 20,000 units short when it comes to workforce and affordable housing.

"That's definitely something we can improve upon," he said. "We need to invest resources in doing that" while collaborating with public/private partnerships and land trusts.

The new City Council will have its own makeup and focus, he said, calling it "a new character."

Hondros said he intends to apply the standards that he uses in the real estate business.

"We pledge to ethically represent our clients. Not discriminate. Treat everyone the same," he said. "We pledge to work together and come to a resolution on a daily basis. These are things I think transfer from client to constituent."