City Council District 8: Banks-McLaughlin wants to focus on quality of life for all residents 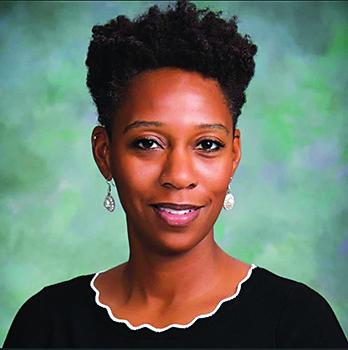 City Council member Courtney Banks-McLaughlin was elected to City Council in November of 2019.
She is now serving on her second term and plans to prioritize quality of life, public safety and finding a solution to help with homelessness.

Quality of life is a prime concern for the council member. Having updated recreation centers and parks where kids and families can visit, and places where teens and young adults can stay busy so they don’t get in trouble is a big focus.

“I'm hoping to start out working on projects like the recreation centers. I want to expand our youth program. To me, when it comes to our city, we want to be able to try to keep kids from gangs and drugs because there's been an uptick in the city as far as youth [trying] drugs. So I want to try to put something together through our Parks and Recreation Centers,” Banks-McLaughlin said.

Having a positive impact on the city’s youth could have a positive impact on economic development.
Keeping people interested in the city would help the effort of keeping them here and working in the city rather than leaving in search of better opportunities elsewhere.
Banks-McLaughlin also wants to start community watch meetings again in her district. They were previously suspended, but she believes these community meetings were a prime resource for citizens to learn about resources, talk about issues and inform their council member about what they want as a district.

“To me that's important because it's for the citizens. That's giving them an opportunity to know what resources are out there. It's no escape for what's going on in our community,” Banks-McLaughlin said.

“And for me, that's a great way to be able to stay connected and be able to provide information [to] our residents. And when they have concerns ... that's where those suggestions come from, people connecting together and expressing their concerns.”

Public safety is wrapped inside the issue of having a good quality of life. Banks-McLaughlin recognizes that the Fayetteville Police Department needs to hire more officers, and there should be better communication with residents about public safety in their own neighborhoods.

Banks-McLaughlin previously co-chaired the homeless advisory committee and believes that there is still a lot to do regarding tackling homelessness.
She is proud of the city’s efforts to create a day resource center and partner with Manna Church to have a men’s shelter, but she believes more collaboration with the county would uplift this issue.

“I understand the county gets the funding but it comes at a point where if the county is not holding their bargain, [does] the city not do anything? I'm not saying that we're not doing anything because we are, but I've always looked at it like we feel we still have to play a major role in ensuring that because it’s in the city.”

There are steps being taken right now to build a county-run homeless shelter, but Banks-McLaughlin says that during this process, there are people who do not have anywhere to go.
She is hoping the GO Bonds pass in the November election. She thinks this will help get the funding needed to support quality of life, public safety and help with the housing shortage.

When it comes to the North Carolina Civil War & Reconstruction History Center, Banks-McLaughlin was one of the council members who voted against it. She believes that the county and the city could collaborate on bigger issues like school staffing shortages.

“We have some major issues that need to be prioritized before we decide to spend that much money on a history center. And then as far as with the resolution, as far as the city is supposed to [give] a certain portion to the county and the state, that’s expired,” Banks-McLaughlin said.

In last week’s City Council meeting, Banks-McLaughlin voted to not delay the appointment of a city council representative to the Public Works Commission. However, she believes former council member Ted Mohn, a man she has run against in the past, is the right person for the position.

“I hope that we go ahead and can appoint somebody to that position because still, the longer we wait, things still need to be addressed,” Banks-McLaughlin said. “We need to put somebody in that position, although we have someone in there currently, but let's shift and put somebody in there that we believe would do [a good job for] the city and our utility service.”
For District 8 residents, she aims to represent them the best way she can and ensure she gets residents involved and knowledgeable about what is happening in the community.

“I will continue to stay engaged and connect. I will continue to represent, and I'm always going to do what's right in my heart, and I appreciate them for giving me the opportunity to fight for them again,” Banks-McLaughlin said.
The next Fayetteville City Council meeting is scheduled for Monday, Sept. 26, at 7 p.m.