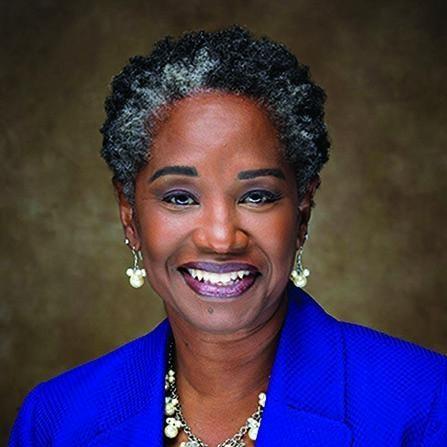 Val Applewhite and Wesley Meredith served together on the Fayetteville City Council for three years beginning in 2007.

A dozen years later, they are competing in the Nov. 8 general election for a seat in the North Carolina Senate representing District 19.
What many see as an intriguing matchup has another connection: Both candidates have faced off with state Sen. Kirk deViere at the ballot box.

DeViere defeated Meredith, the Republican incumbent, to win his first term in the Senate in 2018. And Applewhite defeated deViere in this year’s Democratic primary, in which deViere was seeking reelection.
Without an incumbent in the race, this contest has become one to watch.

Meredith is eager to return to the legislature. Applewhite twice ran unsuccessfully to be mayor of Fayetteville. So both are well-known in local political circles, and both are military veterans.
The race is further in the spotlight because Democratic Gov. Roy Cooper endorsed Applewhite in the primary, a move that was highly unusual because the incumbent, deViere, is also a Democrat.

Despite their similar backgrounds, Meredith and Applewhite have very different views on government and public policy.
George Breece, a former member of the N.C. House of Representatives, has followed local politics for years and is a radio news analyst during election cycles.

"The Senate race between Applewhite and Meredith will be the most watched local race in Cumberland County,” Breece said. “Two seasoned candidates — one a former city councilman and senator trying to return to Raleigh, and the other a former city councilwoman and political activist with the very strong support of our governor and coming off an impressive Democratic primary victory. These are two fine candidates who are opposites when it comes to political philosophies. ...

“This Senate District 19 race is going to be a great one to watch and will be the ‘thriller in the ’Ville in this 2022 election,” Breece added.
Meredith, who served in the Army, served four terms in the state Senate beginning in 2010 but lost reelection to deViere in 2018 and 2020.

Applewhite: ‘A life of service’

An Air Force veteran, Applewhite served on the Fayetteville City Council for three terms beginning in 2007.

“I’ve lived a life of service — a total of 25 years active-duty and as a civilian in the Air Force, six years on the Fayetteville City Council and several years with nonprofit organizations. This race is a part of my life of public service,” she said in response to emailed questions. “There are many reasons I decided to run, and the decision was not an easy one to make. However, if there was one specific issue, I would say it was to be an advocate for health care and do my best to pass Medicaid expansion for the nearly 600,000 people in this state.

“Another reason is education,” Applewhite said. “I believe we are failing our children and our educators. In a broader sense, we have to begin to address the reasons why Cumberland County remains a high-distressed and low-wealth community. As a county and as an region, poverty is the underlying issue for so many of our social and economic problems: homelessness, lack of affordable housing, underfunded and deteriorating schools, failing infrastructure, struggling businesses, etc.”

Other issues close to her heart include the right of women to make their own decisions about abortion.

“There is only enough space in an examination room for a woman, a doctor and a family member,” she said. “I don't believe any woman has ever invited a politician into her examination room.”

Senate District 19 encompasses most of Cumberland County, including rural areas on the northern, southern and eastern sides, plus Hope Mills and parts of Fayetteville.

Applewhite said she is thankful for Gov. Cooper’s endorsement.

“… It demonstrates his confidence in my leadership and my commitment to serve the citizens of North Carolina,” she said. “We share many of the same priorities: Medicaid expansion, paying teachers more, increasing opportunities to create jobs that can support families and pay the bills. I look forward to working with him.”
Applewhite said voters can have confidence in her.

“... I believe our citizens want someone that is committed to improving the quality of life of their families and willing to support their businesses,” she said. “I’ve demonstrated this commitment while serving on the Fayetteville City Council. My advocacy for improved transportation and infrastructure, public safety, support of local businesses through Hire Fayetteville First, translation of critical city services into other languages to embrace our diverse population and more.

“Perhaps most importantly, I am absolutely committed to addressing the issue of poverty and beginning to form a strategic plan to create wealth and diversify our tax base. Cumberland County has been a Tier 1 for far too long, …” she said. “The pandemic exposed the challenges in our county, but it also highlighted what we must improve. I am ready, willing and able to represent the amazing and deserving citizens of Cumberland County.”

Meredith: ‘Back to prosperity’

Meredith describes himself online as being “from a working-class family who grew up with the core values of hard work, perseverance, and serving God and country.”
On his website, he says that North Carolinians are facing a public health and economic catastrophe.

“I know that North Carolinians will rise above this challenge,” he says. “Unfortunately, my opponent believes that we can tax our way back. You and I know that jobs, not tax hikes, are the path back to prosperity.”

He lists his top three legislative priorities as lowering taxes to help people with inflation, stopping violent crime and school choice.
If he is returned to the state Senate, Meredith says on his website, he will work tirelessly to keep the public safe from the coronavirus and ensure that first responders and health care providers have the personal protection equipment they need. He commits to funding vaccine research, testing and contact tracing “so that we can get back to work safely.” He also said he would “get people and small businesses hit hard by COVID-19 the help they need.”

Other important issues Meredith cites include education. He says he supports giving dedicated teachers the support they need. A first-class education, he says, starts with excellent teachers.

“That’s why I voted for five consecutive teacher pay raises, increased salaries by 15% to $54,000 per year, increased education spending by $2 billion, and support school choice reforms that give parents more freedom to choose where their child goes to school,” he says.

Meredith says some states have moved to put more restrictions on school curriculum, what teachers can say in the classroom and the types of books available in public schools and libraries.

In a CityView questionnaire, Meredith was asked whether such rules are needed.

“Schools are for learning. They are not for indoctrinating our children,” he said. “Most teachers and school administrators agree with this, but in the rare cases where inappropriate books or subject matter is being taught — such as gender identity ideology and sexual education that is not age-appropriate — then elected leaders should stand up on behalf of students and parents to put guidelines into place. There should be full transparency with what our children are being taught. Parents have the right to know what their children are learning. Frankly, parents have the responsibility to know what their kids are learning at school.”

Meredith says he strongly believes in the Second Amendment right to bear arms.
Meredith also said in response to the questionnaire that all life is sacred. He went on to say that he supports policies that protect and respect the lives of unborn babies and pregnant mothers.

“I adamantly oppose late-term and partial-birth abortion and would work to restrict those barbaric practices,” he said. “I would only support new regulations on abortion that include clear exceptions for rape, incest, protecting the life of the mother, and compassionately caring for fetuses with catastrophic deformities who cannot survive outside the womb or have already died.”

Eight years ago, Democratic rival and state Rep. Billy Richardson alleged that Meredith “actively or knowingly allowed" his son with his first wife to go on Medicaid in the late 1990s when he was reportedly making a six-figure annual salary. Allegations also surfaced that Meredith financially abandoned his wife and child.

Meredith later said that the Department of Social Services had completed and closed its investigation of those allegations of welfare fraud.

“The case has been thoroughly investigated and the case is closed with no further action necessary," he said in an interview with WTVD of Durham.

Applewhite declined to weigh in on the $97 million bond referendum that Fayetteville city voters will decide in the general election. She did say that the bond package “takes us back to the issue of not having a diverse tax base. Unless we are able to attract businesses here, local and county governments have very few options to generate revenue for critical services. It is a difficult decision, but ultimately the citizens get to decide.”

As for the referendum on changing the way districts are drawn for the City Council, Applewhite said she was asked to support that change but declined. She said she challenged the initiative organizers with the belief that the initiative is based on the fact that eight of 10 seats on the current City Council are held by African Americans.

Supporters of the council election plan say it is not based on racial issues but would convert four of the nine seats from district to citywide to give voters more representation.

Meredith did not respond to a question about the bond referendum.