THIS WEEK WITH MARGARET

I do not think I am alone in feeling unsettled and on edge these days.

Our world seems to be spinning completely out of our control — a natural and a man-made disaster in Japan and a madman in Libya. Vicious partisan politics at both the state and national levels. It did not help when my copy of Newsweek arrived with the its cover screaming, “Apocalypse Now: Tsunamis. Earthquakes. Nuclear Meltdowns. Revolutions. Economies on the Brink. What the #@%! Is Next?”

Factor in one’s own demons and distresses and it is tough not to feel queasy.

A friend recently mentioned an Up & Coming Weekly column I wrote several years ago that he found hopeful and inspiring, and perhaps because of my glum humor, I decided to look it up. It was originally published in May of 2005, and because it struck a chord in me for a second time, I am using a portion of it again during these trying times in our world.

“If we could shrink the earth’s population to a village of precisely 100 people, with all the existing human ratios remaining the same, it would look something like the following:

There would be 57 Asians, 21 Europeans, 14 from the Western Hemisphere —both North and South America. 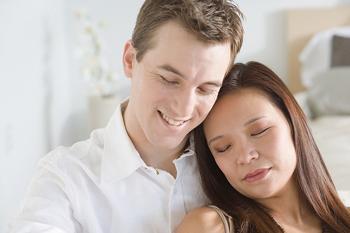 Seventy people would be non-white and 30 would be white.

Seventy people would be non-Christian and 30 would be Christian.

Eighty-nine would be heterosexual, and 11 would be homosexual.

Six people would possess 59 percent of the world’s wealth, and all six of them would live in the United States.

Eighty would live in sub-standard housing.

Seventy would be unable to read.

Fifty would suffer from malnutrition.

One — yes, only one — would have a college education.

One would own a computer….

If you woke up this morning with more health than illness … you are more blessed than the million who will not survive this week.

If you have never experienced the danger of battle, the loneliness of imprisonment, the agony of torture or the pains of starvation … you are ahead of 500 million people in the world.

If you can attend a church meeting without fear of harassment, arrest, torture or death…you are more blessed than 3 billion people in the world.

If you have food in the refrigerator, clothes on your back, a roof overhead, and a place to sleep … you are richer than 70 percent of this world.

If you have money in the bank, in your wallet and spare change in a dish someplace … you are among the top 8 percent of the world’s wealthy.

If your parents are still alive and still married … you are very rare, even in the United States and Canada.

If you can read this message, you are more blessed than more than 2 billion people in this world who cannot read at all.”

This has been floating around the Internet, another great blessing, for some time now. I cannot vouch for its total accuracy, but from what little I do know about demographics, it strikes me as close to our world’s reality. All of us face problems in our work, with our families, and in other aspects of our lives, and at times, they overwhelm us. What we too often lose sight of, though, is how truly privileged our lives, even the lives of those among us with the fewest advantages, really are compared to much of the rest of the world.

As I write this, I sit at my home computer. I have had breakfast and am looking forward to lunch. I am warm and dry in my exercise clothes even though it is a little damp and chilly outside. I live on a safe street in an older but still vibrant Fayetteville neighborhood surrounded by neighbors I have known and trusted for many years.

My family is not home with me, but I know where they are and they are safe. When I fi nish writing, I will get into a car fi lled with gas to run errands. I have recently returned from a quick trip to the other side of our state. I complained about the high price of gas, but I went anyway.

Years ago, an American child of my acquaintance traveled to a Third World country with his family. Shocked by seeing young children playing naked in the warm streets, he approa

ched his mother who explained that more people in the world live that way than live the way he does. His stunned and very American response was, “You’re kidding!”