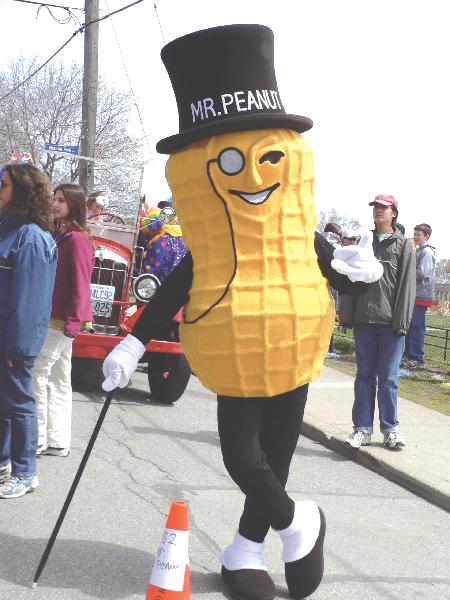 Let us contemplate the ﬂ eeting nature of power. Case in point — Italy. I will miss Silvio Berlusconi, the former Italian Prime Minister. Silvio loved wine, women and deﬁcit spending. He was a major party animal. Because the Euro was going to heck in a hand basket, the Italians dumped Silvio. The B-man was as colorful as an explosion in a Paas Easter Egg dye plant. The guy rocked. The Italians replaced him with Mario Monti, a boring digniﬁed ﬁnancial technocrat dude who is the spitting image of Mr. Peanut.

Many moons ago as a Boy Scout, I went to Camp Durant, a Scout camp in northern Raleigh, every summer. You had to pass the Planter’s Peanut store to get there. The store had a guy dressed up in full Mr. Peanut garb dancing on the side of the road. Mr. Peanut waved to you as you rode by. This naturally set off a chorus of “Please stop at the peanut store!” from the Scouts in the back seat. Mr. Peanut is a dapper legume, sporting a top hat, fancy walking cane and a monocle. The new Italian premier looks just like Mr. Peanut without the personality. The Italians are still playing a shell game with the Euro.

I lost track of Mr. Peanut over the years. The last I heard, Mr. Peanut had moved to the Gray Havens Retirement Home in Lakeland, Fla., where he was living with his long-time companion Bilbo Baggins and their aging blind pet, Tony the Tiger. Frankly, I thought Mr. Peanut had passed away. I was overjoyed to see Mr. Peanut pulled out of retirement to become the Prime Minister of Italy.

Once again, as Mr. Rogers would say, “It’s a beautiful day in the neighborhood.” We truly live in the best of all possible worlds. There is so much fascinating stuff going on right now. I identify with my favorite Republican Presidential Candidate, Herman Cain, who told the TV cameras after ﬂ ubbing a Libya question, that he has all sorts of things “Whirling around in my mind.” Don’t we all have stuff whirling around in our minds? The Herminator has it all: lots of ladies who adore him and a new found knowledge that the Red Chinese have had nuclear weapons for about 50 years. That’s a lot to keep up with. No wonder Herman had some issues with deciding whether he agreed with President Obi’s action in “that Libya.” The Herminator’s policy pronouncements should have taken some of the heat off poor Rick Perry, but they just haven’t helped our Texas friend.

As Frank Costanza said, all this Republican colorfulness has resulted in the road kill formerly known as Newt Gingrich “rising like a Phoenix from Arizona” into a tie with Mitt Romney for the Republican Presidential nomination. The Newt is back, baby! Mitt is still steady as he goes, but the Newtron bomb is trying to replace him at the top of the Republican heap. All of these Republican debates are like MacBeth said, “full of sound and fury, a tale told by an idiot, signifying nothing.” The debates don’t matter. Their campaigns don’t matter. It’s Mitt’s turn to be the nominee. The Republicans always choose the guy whose turn it is to be the nominee. On that you can rely.

Mitt is going to be there like it or not. But the once beloved Joe Paterno is gone. The Penn State fans in Unhappy Valley rioted on behalf of a guy who apparently knew about child abuse for almost 10 years. Some might think it odd to rally behind a cover up of child sexual abuse, but Jo Pa was King. As we all know, the King can do no wrong. It’s called the doctrine of Sovereign Impunity. The mess that is the Penn State football empire is hideous.

Enough about Jo Pa’s troubles. He has strutted and fretted his hour upon the stage and then is heard no more. Let us instead close with a touching poem about a suicidal peanut:

“A peanut lay upon a railroad track

His heart was all aﬂutter

A train came down the railroad track