The Donald and the Midas Touch 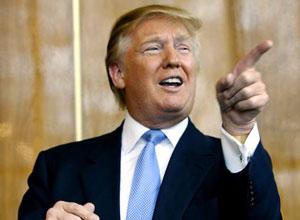 Once upon a time there was a king named Midas who lived in Macedonia. Once upon our time there was a billionaire named Donald Trump who lived in Manhattan. Turns out these two have a lot in common. Ponder the similarities. As you recall from your Greek mythology, everything Midas touched turned to gold. This didn’t work out quite as well as he hoped. Topping King Midas, everything The Donald touches turns to gold — and fear. This may not turn out as well as The Donald hopes.

In the land of mythology, Dionysus was the god of wine. Dionysus learned his party skills from his tutor Silenus. Silenus was an alcoholic satyr. Satyrs are half horse and half human. Horses can’t hold their liquor, which exacerbated Silenus’ alcohol problem. Silenus wandered off drunk one day and blacked out in Midas’ flower garden. Midas recognized Silenus and threw him a big party. Midas then took Silenus back to Dionysus. Dionysus was so glad to see Silenus that he told Midas he would grant him one wish. Midas, considering his financial future, asked that anything he touched would turn to gold. At the time this seemed like a good idea, just like hover boards and zillions of Christmas drones seemed like a good idea.

Initially Midas had some fun turning twigs, flowers and his daughter into gold. When he called for a banquet to celebrate his new found ability, Midas had an “Uh Oh” moment. As he tried to eat or drink, his food and wine turned into gluten-free gold which is pretty indigestible. Realizing he was going to starve to death or die of thirst due to his golden touch, Midas asked Dionysus to undo his wish. Dionysus told him to wash in the Pactolus River to remove the golden touch. Midas went down to the river and the golden touch vanished.

This experience left Midas no longer interested in financial planning. Midas took John Prine’s advice and “blew up his TV, threw away his paper/went to the country, built him a home/planted a little garden/and ate a lot peaches.” While living in the country, Midas became buddies with Pan who was the god of the fields and an excellent flutist. Pan was so proud of his flute playing that he challenged Apollo the god of music to a flute off. Apollo won the contest but Midas objected to the referee’s decision. Never argue with a god. Apollo, feeling insulted, changed Midas’ ears into donkey ears. Midas was self-conscious about his ears. He always hid his donkey ears under a turban. The only person who knew about Midas’ donkey ears was his barber who was supposed to keep it secret. Barbers are not noted for secret keeping. The barber dug a hole and whispered the secret into the hole. Unfortunately for Midas, a bunch of reeds overheard the whispered secret and started spreading the news that Midas had donkey ears. Reeds were mythology’s version of social media. Reeds, like barbers, can’t keep a secret.

Now let us ponder the similarities between The Donald and King Midas. The Donald has the financial touch of Midas as he frequently points out to us how rich he is. He can turn real estate into gold. As a presidential candidate, he is doing his best to turn his opponents into objects of fear and loathing. He tells America we need to fear the Mexicans, the Muslims, the Chinese, Senator Cruz’s Canadian citizenship and the sissy boys playing touch football in the NFL. The Donald admires Vlad Putin in the continuing weird love affair between the right wing and a murdering commie dictator. The Donald has a populist gift for inducing fear and loathing by convincing vast numbers of voters that The Donald alone can protect them from The Other. Alienating everyone who isn’t white may not turn out to be the best quality for a president to have. Perhaps Dionysus still has a set of donkey ears left to send to Earth.

Maybe The Donald already has donkey ears on his head like Midas. Instead of wearing a turban on his head, (which would make him look like a Muslim), the Donald has this huge pile of hair on his head. Could the pile of hair conceal donkey ears? Only The Donald’s barber knows for sure. Maybe his barber has whispered The Donald’s secret into a fracking well in Oklahoma. It’s a hair-raising possibility. Only the results of the electoral college will know for sure.