We live in a time when the word “narrative” is used repeatedly in discussing or analyzing events and conditions in our nation and world. What follows is a warning that citizens of the world, and especially America, must be alert to the thought control that happens by way of narrative manipulation.

Miami University gives this definition: “A narrative is some kind of retelling, often in words ... of something that happened (a story). The narrative is not the story itself but rather the telling of the story ... While a story is just a sequence of events, a narrative recounts those events, perhaps leaving some occurrences out because they are from some perspective insignificant, and perhaps emphasizing others.” From this definition, it is clear the elements of a story which will be included in a narrative is driven by the desired result from presenting that narrative. This result-driven process also allows for controlling development of the story so that the resulting narrative accomplishes the desired response among hearers or readers. 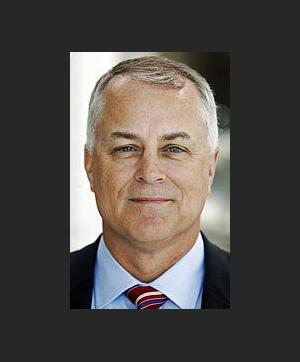 Following is an example of how input to a story is managed so that the follow-on narrative supports a given position. For months, there were reports indicating intelligence regarding ISIS was being adjusted to support President Obama’s claims of success in our fight with that group. In an Aug.15, interview on Fox Cable News’ “The Five,” U.S. Army Brigadier Gen. (Ret.) Anthony Tata revealed information he received relating to this matter. Fox News Insider states: “Tata revealed that a source verified to him that he was directed by an individual from the Office of the Director of National Intelligence, who conducts the president’s daily briefing, to stop producing “products of record” that did not fit the administration’s narrative of a defeated al-Qaeda and a non-threatening enemy in ISIS.”

“Tata said that the president’s briefer told this individual to call him on a secure line if he had any intelligence that portrayed ISIS in a stronger light than what the president had characterized to the public, which would not leave a paper trail.”

Tata’s reporting shows how input to a story can be adjusted to allow for a narrative that supports a particular position and attracts belief in that position. This manipulation of narratives to control thought is heavily present where strained race relations provide opportunity for manipulation. Consider “Mothers of the Movement” being invited to speak at the 2016 Democratic National Convention. These are eight black mothers who each had a child killed by a police officer, or died in some other highly publicized situation, such as that of Trayvon Martin. The mothers made it clear that they support Hillary Clinton. Doing so is their right and I fully respect their choice. The problem is that they were used by Democrats to fuel a false narrative which says white American society in general, and white police officers in particular, oppress and treat blacks unjustly. Among others, this false narrative comes through in the statement made at the convention by Lucia Bath, mother of Jordan Davis, who was shot and killed by a white man over playing loud music and arguing when asked to turn it down. The quote is from an article by Lucy Clarke-Billings titled “Full Transcript: Grieving Mothers of the Movement Speak at Democratic Convention.”

“I lived in fear my son would die like this. I even warned him that because he was a young, black man, he would meet people who didn’t value his life. That is a conversation no parent should ever have to have. Hillary Clinton isn’t afraid to say black lives matter. She isn’t afraid to sit at a table with grieving mothers and bear the full force of our anguish. She doesn’t build walls around her heart. Not only did she listen to our problems, she invited us to become part of the solution.”

These mothers were used by Democrats to promote the false narrative, stir the emotions of black Americans along with others who embrace this narrative, then make the claim that Hillary Clinton cares and will work to correct the situation.

Sad, and even dangerous for society, thought control through narrative manipulation is not limited to the realm of government or politics. It is rampant in journalism. Journalists are supposed to find the truth and report it in a fair and balanced fashion. That is, not favoring anybody or a particular position. This kind of reporting is nearly non-existent. A prime example of media bias, failed journalism and narrative manipulation shows in reporting by CNN anchor Carol Costello on the shooting death of Sylville Smith in Milwaukee, Wisconsin. Smith, a 23-year-old, black man, was shot by a police officer at a traffic stop. The incident was followed by rioting, burning of businesses and attacks on both cops and white citizens. There was chaos and lawlessness.

In the midst of this situation, Costello shows a clip of Sylville Smith’s sister, Sherelle Smith, talking to a crowd of protesters. An article at www.cnncommentary.com titled “CNN anchor offers apology for shortening of Milwaukee clip” indicates the report shows Smith saying, ‘“Burning down sh-- ain’t going to help nothing!”’ Ana Cabrera was the on-scene reporter and indicated the sister was calling for peace. When a full tape was made available, it showed, as reflected in the article referenced above, Sherell Smith said the following: ‘“Y’all burning down sh—t we need in our community. Take that sh—to the suburbs. Burn that sh—down! We need our sh—t! We need our weaves. I don’t wear it. But we need it.”’ This was not a call for peace everywhere.

CNN edited the comments to support a narrative of a grieving black sister calling for peace. Doing so presents a picture of oppressed people simply wanting peace and fairness. The full tape tells a totally different story. Smith is calling for violence in other than black neighborhoods. The edited and unedited clips may be viewed at https://www.youtube.com/watch?v=2ZSif2FRP_8. CNN apologized for this episode.

Narrative manipulation is also accomplished by media simply not reporting stories that contradict their desired narrative. A glaring example of how this happens shows in the very limited attention given by media to a statement by Patrick Smith, father of Sylville Smith who was killed in Milwaukee. Smith expressed support for some form of gun control and the need for blacks to conduct ourselves in a fashion that does not encourage dangerous responses from others. Beyond this, an article by Scott Morefield titled “Father of Milwaukee man whose death started riots takes responsibility: ‘I’d like to apologize to my kids’” quotes Patrick Smith as follows:

“I had to blame myself for a lot of things too because your hero is your dad and I played a very big part in my family’s role model for them. Being on the street, doing things of the street life: Entertaining, drug dealing and pimping and they’re looking at their dad like ‘He’s doing all these things.’ I got out of jail two months ago, but I’ve been going back and forth in jail and they see those things so I’d like to apologize to my kids because this is the role model they look up to. When they see the wrong role model, this is what you get.”

What Smith says here does not fit with the narrative that all the difficulties plaguing Black Americans are caused by and must be solved by people and entities external to that community. Consequently, very few media outlets reported his comments.

What is described above is only the “tip of the iceberg,” but says all of us must be on careful watch for those who would control another’s thinking through manipulation of narratives. From government, politicians, media or anybody take nothing at face-value. Investigate issues, gather facts and objectively evaluate your findings while being careful of the influence of emotions.