Framework as a Critical Element of Thought 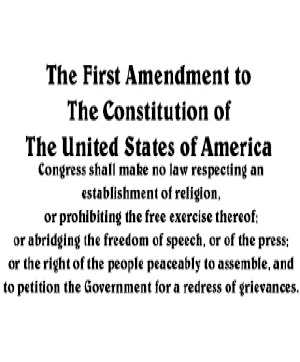 I started this column on Sept. 22, while watching reports and commentary on rioting the previous night in Charlotte, North Carolina. Businesses in the downtown area were looted, police officers were attacked and one person was shot. This situation came about in the aftermath of a Charlotte-Mecklenburg police officer shooting resulting in the death of a black man named Keith Lamont Scott. As with Ferguson and Baltimore, I sat there wondering why this kind of chaos happens. That is: the rioting, looting and absolute destruction of property owned by people who had nothing to do with the shooting of Scott.

“A history teacher in Cumberland County was placed on paid administrative leave Tuesday after coming under fire for stepping on the U.S. flag as part of a lesson on the First Amendment.”

“He was teaching a junior-level American History class with 26 students when the incident happened Monday. He had been teaching about Texas v. Johnson, a case that upheld that flag desecration was protected by the First Amendment and the Bill of Rights.”

The teacher referred to is Lee Francis. The McCleary/Banks article referenced above reports that Francis is surprised and disappointed by the tremendous public opposition to his treatment of the American flag and his teaching technique. His approach to teaching is quoted as follows:

“But this is exactly what I teach: You don’t teach kids how to think or what to think; you teach them to go their own path,” he said. “If they feel so convicted that this is their cause they’re going to stand for, I don’t blame them. It’s an upper-level school for those who aspire to go to college and in that regard, we have rigor and expectations, so I treat them as such.”

What this teacher says is a major part of the answer to my question in regards to why people choose to act as they did in Charlotte on Sept. 21, in Ferguson, Baltimore and so on. I agree we should not tell people what to think, but there must be instruction on how to think. One’s thinking is done within the framework of what is believed to be right, to be acceptable behavior.

The apostle Paul understood and spoke to this critical factor of framework for thinking and its impact on behavior. In Romans 12:2, Paul writes: “Do not conform to the pattern of this world, but be transformed by the renewing of your mind. Then you will be able to test and approve what God’s will is — his good, pleasing and perfect will.” The apostle is calling on us to adopt a framework for thinking that is controlled by what God wills for us and not by what is acceptable to society, in general, apart from God’s desires for us. Dr. David Jeremiah invites us as we consider taking a particular action, ask if we would be comfortable taking that action in the presence of Jesus.

Although Francis obviously does not realize it, by his flag-stomping action and saying “... you teach them to go their own path,” he is teaching students how to think. His message is, “Say whatever you want and you are protected by the First Amendment.” Without doubt, promoting this position likely contributes to a mindset, a framework for thinking, which leads one to conclude that what happened in Charlotte, Baltimore, Ferguson and elsewhere, is acceptable behavior.

I remember well when commitment to the common good was taught and encouraged as an essential element in a person’s framework for thinking. An article at www.scu.edu titled “The Common Good” speaks to this matter by saying, in part:

“Commenting on the many economic and social problems that American society confronts, Newsweek columnist Robert J. Samuelson once wrote: ‘We face a choice between a society where people accept modest sacrifices for a common good or a more contentious society where groups selfishly protect their own benefits.’ Newsweek is not the only voice calling for a recognition of and commitment to the ’common good.’’’

“What exactly is “the common good,” and why has it come to have such a critical place in current discussions of problems in our society? The common good is a notion that originated over 2,000 years ago in the writings of Plato, Aristotle and Cicero. More recently the contemporary ethicist, John Rawls, defined the common good as ‘certain general conditions that are ... equally to everyone’s advantage’.”

These quotes precisely describe America’s present reality and we appear locked-in on the course that is totally contrary to what made us the greatest nation in the world. Commitment to “the common good” is now becoming a relic on the dusty shelf of “what used to be.” In great part, this is the case because thought frameworks of individuals are being dangerously shaped by actions and influences such as the flag-stomping done by Lee Francis. Again, in his words, “…you teach them to go their own path.” The result is that far too many people live life selfishly, while likely identifying with and promoting the interests of some group to the detriment of other individuals or groups.

In America, the examples of how this plays out in real life seems endless. Consider Charlotte. A man is killed, and even before minimal facts are collected and examined, people are rioting, looting and even shooting in downtown Charlotte. Be reminded, the owners of those businesses or people working in that area to earn a living had absolutely nothing to do with the officer-involved shooting. On a news broadcast, I saw one black speaker calling for a boycott of Charlotte. All of this is a clear picture of disregard for “the common good.” Simply put, this is the willingness of one small group to penalize innocent people in the name of protest.

I see, in the same light, actions by many who oppose HB2, which is often referred to as North Carolina’s Bathroom Law. Key wording from the law follows:

Individuals, groups, businesses and organizations opposed to this legislation have brought tremendous financial harm to North Carolina citizens in an attempt to force repeal of HB2. The NBA moved the 2017 All-Star Game from Charlotte; the ACC moved 10 neutral-site championships out of North Carolina for the 2016-2017 academic year; NCAA moved seven championships scheduled for this academic year; PayPal cancelled plans to bring 400 jobs to North Carolina. This is only a sampling of what is being done which does not consider common good. An op-ed in The News & Observer by Chris Armstrong titled “Potentially $5 billion in losses from HB2 and still no repeal” says of HB2, “In total, a report from UCLA estimates the law may cost the state up to $5 billion a year.”

All of this is being done so that a small group of men may go into restrooms and changing areas with women and vice-versa. Note that the law only applies to public agencies. Businesses and other non-public entities may do what they want. Further, single occupancy bathroom or changing facilities are allowed and should satisfy the concerns of transgender persons. In spite of this accommodation and the horrendous financial, mental, and emotional strain being placed on millions of innocent hard-working North Carolinians, many opponents of HB2 totally disregard “the common good.”

The Charlotte events described above and opposition actions regarding HB2 are just two examples that show consideration of “the common good” is becoming an American relic. Indications are that this consideration hardly ever appears as a component in the thought framework of many citizens, or our leaders. This dangerous progression toward relic status is fueled in great part by words and actions like those of Lee Francis before that class of young minds developing a framework for thinking. Does the Constitution allow him to say and do what he did? Yes. Did he consider the common good? No. Does that failure by him and others likely affect the thought frameworks that produce what we saw in Charlotte and in the devastating responses of many opponents of HB2? Yes. We better give attention to helping individuals develop thought frameworks that produce right actions.