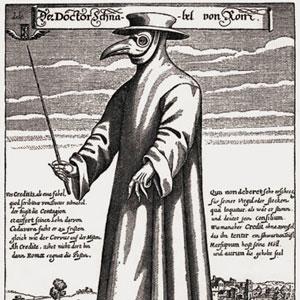 As Roy Rogers almost sang, “ Unhappy Trails to ObamaCare.” ObamaCare has been on life support since the election. Soon, The Donald will pull the plug and bury ObamaCare somewhere under the rainbow. The White House recently leaked a draft to repeal and replace ObamaCare with Trump’s own health insurance plan. The Donald, being the extremely modest person he is, resisted entreaties to name his plan TrumpCare. He has opted to name his new insurance program “MedievalCare.”

MedievalCare will replace Medicare, Medicaid and Social Security. MedievalCare’s mission statement is “Make America Ache Again.” The government’s expenditures on medical care for Americans who are foolish or greedy enough to get sick will be almost wiped out under MedievalCare. There will be no payment for physicians or hospitals because MedievalCare will only provide medical treatment developed during Europe’s Dark Ages. Folk healers are coming back, baby. It’s going to be beautiful, believe me. Social Security retirement benefits will be abolished. No one will live long enough to reach retirement age after depending on Medieval medicine to cure what ails them. The death of potential Social Security recipients before they reach retirement age will save literally billions of dollars, thus, allowing more tax cuts for the wealthiest Americans.

The better to keep you from retirement age, the Department of Health and Human Services is bringing back the great diseases of the Middle Ages: Black Plague, Dropsy, Saint Vitus Dance and Quinsy. Current medical science is actually a very fake science pushed by the dishonest media on an unsuspecting American public. Science will be replaced by the tried-and-true medical beliefs of the Middle Ages. Medicine will be based on the use of the four humors: air, water, fire and earth represented by blood, phlegm, yellow bile and black bile to diagnose and treat all medical impairments. Medieval physicians believed that too much or too little of any of the four humors caused illness. Too much blood was really bad. Medieval doctors were huge on blood letting either by leeches or venesection. Venesection was a charming practice where the doctor would open a vein and let the patient’s illness bleed away until the patient was a quart low. Venesection ultimately did in George Washington. Oops.

All MedievalCare cures we can look forward to receiving are going to be very, very, beautiful. Ague? Swallow a spider wrapped in a raisin. Skin rash? Cover it with the skin of a wolf soaked in urine. Black Plague ? Drink a cup of crushed emeralds, lance the plague boils, make a poultice of butter, dried toad, tobacco, arsenic and bathe in urine. Fainting spells? Breathe the smoke from burning feathers. Sinus congestion? Stuff garlic and onions up your nose. Gout? Put a plaster of goat droppings mixed with Rosemary and Thyme on the aching foot. Internal bleeding? Wear a dried toad in an amulet around your neck. Toothache? Burn a candle close to the painful tooth. The worms gnawing in the tooth will overheat and drop out into a cup of water held by your mouth. Joint pain? Pluck an owl, clean it. Put the owl in a pot with a stone on top. Place the pot in an oven until the owl is burnt. Pound the burned owl with bear grease and put the poultice over the joint.

Can’t sleep? Eat a bowl of nettles mixed with egg whites. Got Quinsy? Flay a fat cat, clean it, pull out its guts, take grease from a hedgehog and bear fat mixed with sage, honeysuckle and venison fat and stuff the cat. Roast the cat collecting the grease that drips out. Anoint the patient with the grease. Sore throat will be gone. Need a neurosurgeon? Got you covered. MedievalCare will bring back trepanning by barbers which involves drilling a series of small holes in the patient’s skull to expose the Dura Mater which is the outer membrane of the brain. This cures migraines and mental disorders, plus you get a hair cut.
Folk Healers will be taught to pick herbs and medicinal flowers at sunrise while facing south. The softly spoken magic healing spells will be retaught to an army of Folk Healers by specially trained Republican Congresspersons. Patients will be supplied amulets made of tanis root, senna and mint to avoid evil spells and sickness. Your kid is sick? Cut woodbine on a waxing moon. Make it into a hoop. Have the ill child jump through the hoop three times. Bingo! Healthy kid again.
MedievalCare will save millions by closing unneeded medical schools. Send doctors to re-education camps in the basements of empty Walmarts to retrain as grave diggers in case some of MedievalCare’s cures don’t work out so well. Naturally, members of Congress and White House staff will keep their own medical insurance. For the rest of us, implementation of MedievalCare makes financial sense in a bigly way for the one percenters.