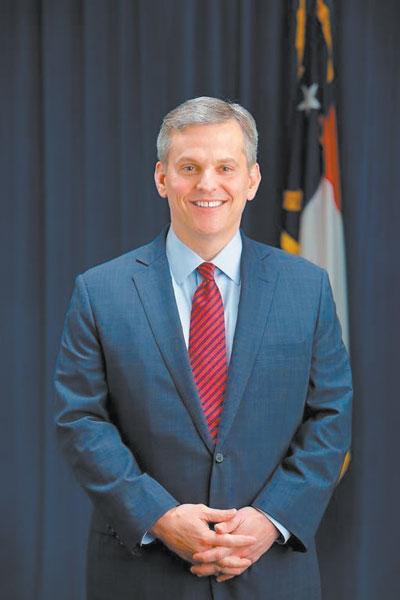 The attorney general, to be effective, must have the respect and support of all elected officials and the citizens of our state. Josh Stein is currently our elected attorney general. He needs our support and respect.

Not only did they cut his budget, but they cut it where it would hurt the most: personnel. And to ensure that the attorney general did not replace the cuts with leftover monies or reserves, they put a ban on his ability to transfer monies into these areas.

Such cuts are not just cruel. They are mean politics, and they are flat-out dangerous.

The cuts will impair the attorney general’s ability to keep criminals behind bars. For example, with more than 126 attorneys and other key personnel being laid-off because of this $10 million cut, who will be available to prosecute white-collar criminals and our most violent offenders? Who will handle close to 700 criminal appellate cases each year? With these lay-offs we also lose institutional experience, which further adds to the loss.

These cuts affect the department’s ability to handle frivolous and other lawsuits filed against the state. Presently, there are 115 civil lawsuits pending with over $400 million in potential liability. These include everything from breach of contract to tort claims.

The attorney general’s staff who will be laid off are all dedicated, hard-working employees. They enforce DWI revocations, do countless calls from agencies and citizens and enforce consumer protection laws. They enforce credit and usury laws. They represent every phase of the state and state agencies that we have, reviewing transportation contracts, enforcing regulations and protecting our interests.

Now, every state agency will be short staffed and face difficulties without effective assistance and counsel. Who will enforce and protect our waters from pollution and unintended consequenc
es of the same?

This careless action by our leadership is unnecessary. We did not do this for cost-saving or out of necessity. We especially did not do this after hearings and deliberations. We did not even get the attorney general’s input on the cutbacks. And we did not hear from our bosses — you the people.

Rather, this is mean, cruel, harsh politics designed to hurt the attorney general, presumably because of his party-affiliation or because he refused to defend the unnecessary court cases our bad laws have created.

Currently, we have more than 22 lawsuits pending that are the result of bad legislation. This is wrong. Wrong intent. Wrong process. Wrong result.

Laws not enforced, agencies not advised and 110 fine state servants laid-off because of political gains and intent to harm. Mark Twain once said, “It’s never wrong to do the right thing.” The same is true of doing wrong. It’s never right to do the wrong thing. This is wrong. We have important laws that protect you that need to be enforced. An unenforced law is worse than no law because it creates disrespect for the law. The rule of law is essential to  our democracy.

Citizens want lawmakers to serve with a servant’s heart. They want us to stop playing petty games and to compromise with each other and put their interests first.

As former Republican Justice Bob Or said, “Our citizens deserve a General Assembly who will stop this vindictiveness and move on to doing their business, which is serving the people.” He is spot on. Playing political games with people’s lives and the one-ups-man ship must stop. It is past time to put North Carolina first and political party engagement ship last on the priority list.