High Ho, It's Off to the Job Fair We Go 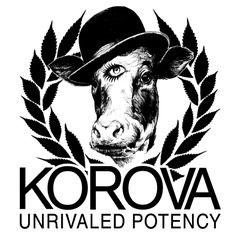 I have seen the future in California. It comes wreathed in clouds of smoke. On a recent fact-finding trip to the Left Coast, we spent one night in Mendocino, a beautiful small town on the northern California coast. The main cash crop in Mendocino County seems to be marijuana. For the record and any DEA agents, let it be known that I did not try anything stronger than coffee out west.

Mendocino has a long relationship with pot. It was immortalized in the song “Mendocino” by the Sir Douglas Quintet in the late 1960s. Sir Doug serenades his girlfriend by warning her about “Fast talking guys with strange red eyes/Have put things in your head/And started your mind to wonderin’/Please stay with me in Mendocino.”

After visiting a town I like, I will read the local newspaper online for a while after I get back. The local paper announced that a neighboring town, Willets, is going to host the first ever Mendocino Cannabis Job Fair. The job fair is to have 25 to 30 employers/ exhibitors to allow the employers and job seekers to network. A survey of more than 40 local pot farmers found that the jobs they most needed to fill were those of trimmers and farming/gardening laborers. The jobs on the pot farms are mostly seasonal, part-time gigs and will be paid as independent contractors.

Other jobs that the pot farmers were seeking to fill include “sales/ marketing, accountants and bookkeepers, administrators, executive assistants, delivery drivers, chefs, human resources, retail budtenders, extraction technicians, lab technicians and security.” I learned a new word, “budtenders,” which I surmise is the cannabis equivalent of a bartender.

California is serious about legalized recreational marijuana. Proposition 64 passed last year with a Jan. 1, 2018, effective date for the issuance of state licenses for recreational pot sellers.

In San Francisco, the coming Pot Apocalypse is in full evidence as shown by billboards and ads on the sides of buses in the city by the bay. The pot ads are quite colorful. The ads remind me of the golden days of cigarette advertising wars. Korova is a brand of legalized pot that has an ad showing a threeeyed cow wearing a rakishly angled derby hat.

One Korova ad boasts that its product has “Unrivaled potency. Medicate responsibly.”

We are left to wonder if Flow Kano is gluten-free. Its advertising campaign is on 75 buses and 200 billboards. One Flow Kano ad shows an arty picture of green mountains with the words, “Appellations, Boutique Genetics, Exclusive Varieties.” Sounds like an ad for a fine wine. You should hold up your pinky while smoking a Flow Kano joint.

A less classy but more direct billboard from Green Life Recreational Marijuana announced, “Got Weed? 9 miles ahead, Left on Easy Street.” A mysterious ad for pot with only one word, “Dispensary,” shows a beautiful, fully-clothed young woman lying back with her eyes closed and a Mona Lisa smile, surrounded by a marijuana fronds. It is clear that her use of Dispensary marijuana has taken her far from the mundane world of toe fungus, North Korean nukes and The Donald.

Whatever she is thinking about, it is clear that Dispensary pot, like Calgon, has taken her away.

I can hardly wait to see the marijuana television ads. Jesse Helms will be turning over in his grave. Attorney General Jeff Sessions will be having a prolonged hissy fit. If those two things happen, legalized pot can’t be all bad.