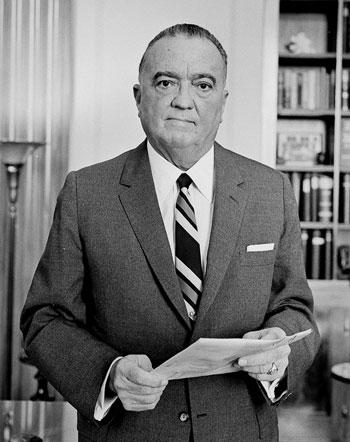 Time flies when you are having fun. Fruit flies like bananas. Seems like only yesterday, the year 1918 was only 99 years old. Now 1918 is coming up on its 100th birthday and it doesn’t look a day over 80. To celebrate this occasion, hop on board Mr. Peabody’s Time Machine and let us reminisce about what was doing back in 1918.

A lot of things happened in 1918, and like in the Overlook Hotel, not all of them were good. The year started with a bang as Finland and the USSR finally dropped the Julian Calendar and switched over to the Gregorian Calendar. In a day that will live in infamy, Mississippi became the first state to ratify the 18th Amendment, which prohibited the use of alcohol. Prohibition did not work out quite as well as its proponents had hoped, although it made a lot of money for moonshiners, including JFK’s daddy. The first Tarzan movie debuted in 1918, paving the way for an endless series of Ape Man flicks.

On a sad note in February, Incas, the last Carolina Parakeet, died at the Cincinnati Zoo. Carolina Parakeets once numbered in the millions but, unfortunately for them, their plumage was attractive to ladies of fashion, so off they went. Incas died in the very same cage in which Martha the last passenger pigeon crossed over the rainbow. The moral of that story is that if you are the last of your breed, stay out of the Cincinnati Zoo.

The first case of the Spanish flu appeared in March of 1918 at Fort Riley, Kansas. This flu went on to become a pandemic killing an estimated 50 to 100 million people. My very own grandfather was supposed to become the superintendent of schools in Wilmington, North Carolina, in the fall of 1918. But by the time he got there, all the schools had closed due to the flu. The schools were converted to hospitals for flu victims. With no schools open, there was no need for a school superintendent. He was hired to go tell the bad news to the families of flu victims who had died in the schools. This was not a job he enjoyed.

In April, Snoopy’s nemesis, Manfred von Richthofen, also known as the Red Baron, shot down his 79th and 80th Allied planes before being terminated with extreme prejudice the next day after a profound collision with the earth. In a fit of attempting to stuff the First Amendment into the dust bin of history, Congress passed the Sedition Act of 1918, which made it a crime to criticize the government. If you think President Trump would like to reinstate the Sedition Act of 1918, please raise your hand. Later that year, the House of Representatives tried to make amends by passing the 19th Amendment, which gave women the right to vote.

The Russian czar, Nicholas II, had a bad day at the office when he and his family were executed by a Bolshevik firing squad in July of 1918. U.S. soldier and Gary Cooper lookalike Alvin York had a good day at the office by shooting 20 Germans and capturing 132 of the Huns. Meanwhile, Lawrence of Arabia led Arab forces and captured Damascus from the Turks, which ultimately led to a movie of the same name winning seven Academy Awards – including Best Picture in 1963. In October of 1918, Boris become king of Bulgaria. Don’t know much about Bulgarian history, but I think living in a country ruled by a dude named King Boris would be kind of cool.

World War I finally ended on Nov. 11, 1918, at 11 a.m., leaving an estimated 16 to 18 million dead and over 20 million wounded. As Bob Dylan once sang, “The first World War came and it went/The reason for fighting, I never did get.” Now we tend to commemorate Veterans Day by having mattress sales, which somehow honors the 18 million dead.

In December, Robert Ripley published his first “Believe it or Not” newspaper column that led to the creation of the Ripley’s Believe It or Not museum at Myrtle Beach, USA.

For reasons that remain shrouded in the mists of time, future FBI director and America’s most famous cross-dressing crime fighter, John E. Hoover, decided to change his name to J. Edgar Hoover. Only Carl Tolson, J. Edgar’s longtime companion and close friend, knew for sure why J. Edgar swapped out his name. Carl ain’t telling because Carl has crossed the Great Divide and is buried close to J. Edgar.

Photo: J. Edgar Hoover and Ripley’s Believe It or Not both experienced significant events in 1918.