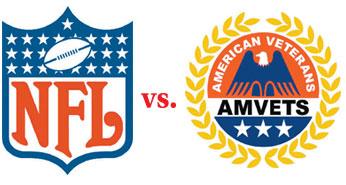 A conversation with our publisher, Bill Bowman, prompted this week’s publisher’s pen. He told me about how he joined a football pool for the big game Feb. 4. Shortly after he bought into the pool, his money was returned. It was canceled due to lack of interest. Really? Lack of interest in the Super Bowl? That’s when he learned several other popular pools were canceled for the same reason – the public has no interest in the NFL and the Super Bowl. People seem to be done with the NFL. Fans are angry and disappointed. It’s time to move on.

For generations, parents have warned their children that actions have consequences. It’s good advice, as is “just because you can doesn’t mean you should.” The craziness that’s been happening in the NFL the past two seasons is a perfect example of how true and relevant these axioms still are.

Who knows what Colin Kaepernick thought would happen when, in August 2016, he chose to sit, and a few games later, kneel, during the national anthem to protest police brutality against minorities? It probably wasn’t this. Watching the last 18 months play out has been both interesting and disheartening.

I grew up in a military home, as have my children. My family is steeped in military service and tradition going back generations. I doubt anyone in my family could sit or kneel for the national anthem if our lives depended on it. So many of my loved ones have served, fought and even died for people to be able to make their own choices – including the choice to not stand for the national anthem.

Sitting or kneeling for the anthem is a right that Americans do have. But when someone chooses to do this, it speaks volumes about them and their feelings toward the people who fought for their right to make that choice. On a personal level, it is hard not to hold it against people who protest in this way. In this case, it makes it easy to choose to stop watching games and buying tickets to support an organization that permits and encourages these actions.

There is no need to rehash the history and details of the kneeling protests, the pushback from fans and the NFL’s refusal to reign in its players. What would be the point? Many of those who strongly oppose the NFL’s stand have already quit watching the games, buying tickets and merchandise and cheering for their favorite teams in football pools. Those still watching may not come back next season.

The NFL’s recent decision to refuse to run an ad by American Veterans, an organization founded in 1944 that’s more than a quarter-million members strong, may be the last straw for fans trying to hang on to a game and tradition they love.

The ad in question shows an American flag with the hashtag #PleaseStand. It includes information about how to support AMVETS financially. AMVETS National Commander Marion Polk replied to the NFL’s refusal to run the ad saying, “Freedom of speech works both ways. We respect the rights of those who choose to protest as these rights are precisely what our members have fought – and in many cases died – for. Please support our mission.”

Was the NFL within its rights to deny the ad? Sure. Will that decision bring consequences? Probably.

It’s disheartening that a great American tradition like football that usually brings people together has become be so divisive.

What will you be doing during the NFL’s Super Bowl Sunday? I’ll be “taking a knee.”