Fighting for the military 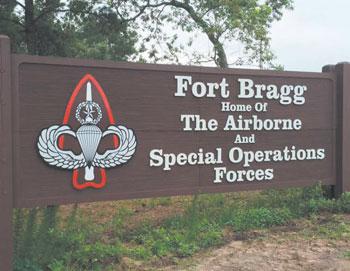 “This, in fact, is our new American moment. There has never been a better time to start living the American dream. So to every citizen watching at home tonight, no matter where you’ve been, or where you’ve come from, this is your time. If you work hard, if you believe in yourself, if you believe in America, then you can dream anything, you can be anything, and together, we can achieve absolutely anything.”

These powerful words were part of President Donald Trump’s State of the Union address. These 73 words were a defining part of his speech. We are building a safe, strong and proud America where everyone can achieve the American dream.

Look no further than our rebounding economy, the millions of new jobs being created and the increased take-home pay that is happening in part because of the Tax Cuts and Jobs Act. In fact, starting this month, 90 percent of American workers will see more money in their paychecks. We also saw results after reining in Washington’s bureaucracy, including repealing 15 regulations that were imposed by the Obama administration’s executive overreach. While the economy is getting back on track, we still have work left to do.

In addition, we have made great strides to improve care for veterans. The president signed the Department of Veterans Affairs Accountability and Whistleblower Protection Act (S. 1094) on June 23, 2017. This was a good first step. However, we must continue to work to reform the Department of Veterans Affairs. I will continue to work to enact meaningful reforms that will protect the systems of care already in place at the VA while giving veterans the flexibility to seek the care they need from outside providers.

As Fort Bragg’s congressman, I share the president’s goal to end the dangerous defense sequester and fully fund our great military with a longterm spending bill. Our military cannot function without proper funding, and every time we pass a temporary spending measure, the harder it is for our commanders to plan missions, order new equipment or properly train troops. Since 2010, the federal government has been funded under a continuing resolution for 36 months, compared to just nine months for the entire eight years prior. Our men and women in uniform are operating under enormous strain, and that has deadly consequences.

Over the last year, we have lost four times as many troops in training as we have in combat. That’s unacceptable. Our troops at Fort Bragg represent the tip of the spear, and I have seen firsthand the stress on both them and their families from operating in multiple theaters and simultaneously preparing for future threats. These patriots are the first to respond to a crisis and they must be given the resources they need to fight and win. We need a long-term spending bill so the Pentagon can adequately plan for the future.

Last year, the House of Representatives passed all 12 appropriations bills that fully funded our military, reined in government spending and curtailed bloated bureaucracy, but Chuck Schumer has blocked these bills from even being considered in the Senate. These political games have dire consequences for those who we depend on most – our troops.

The president laid out a bold agenda at the State of the Union address. It was filled with ideas and pragmatic solutions. I look forward to working with him to bring more jobs home, give our troops and veterans equipment and care they need, and rein in our government’s reckless spending.