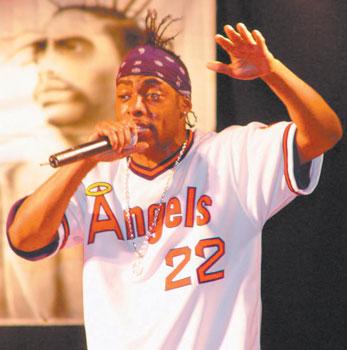 I am beside myself that you decided to run in your March 7-13, 2018 issue one of the most logic flawed articles I have ever read in your weekly. “The Second Amendment was written for muskets.” Are you serious? First of all, it was not written “for” muskets.” I could write an entire thesis on that logical error alone … moving on.

Second, it’s irrelevant that the musket was the predominant rifle used at that time. If our founding fathers (and the British) had used swords instead, the Second Amendment still would still say “A well regulated militia, being necessary to the security of a free state, the right of the people to keep and bear arms, shall not be infringed.”

The weapon is irrelevant. It’s the purpose of why we bear arms. The British had muskets too! It was our founders’ intent that the people bear arms that are capable of matching the soldiers who would be sent to suppress the people. Today’s soldiers carry M4s. And today the people carry the civilian version.

Explain to me how Yemen having a higher rate of mass shootings among nations “with a population more than 10 million people” and the second highest rate of gun ownership call into question the saying that “Guns don’t kill people. People kill people.” (Nice of you to selectively narrow your qualifications to suit your example.) Using your logic … if I misspell a word, it’s the fault of the tool I used to write the word … not mine. And the U.S. has the highest rate of ownership of computers with spell check! How can this happen?!

Next, you quote 133 mass shootings in some un-named “study” for some un-stated time frame. Nice. Whatever … let’s go with 133, it doesn’t matter. You compare the U.S. with a population of 326,056,457 million to a country that had two mass shootings with a tiny population of 5,523,231. So you’re comparing a tiny country in which approximately 12 percent of the population owns a gun (Wikipedia) to a massive country in which approximately 42 percent own guns (Statista.com). Using your comparative logic we had 73 less shootings per percent of gun owner population. So are you trying to say we are safer here? Thanks, I feel better already.

Lastly, if you really want to stop the killing… there are nearly 1.3 million people killed in road accidents yearly! (ASIRT.com) That is 3,287 deaths per day! Where is your outrage? And driving isn’t even a Constitutional right … it is a privilege. If you cared about the children … here is low hanging fruit that isn’t even protected by the Constitution ... and GO!

I can count on one hand how many responses or comments I have written over the years in rebuttal to an article in the Up&Coming Weekly. However, I am compelled to write this in response to Karl Merritt’s recent article regarding, “Rap at the Dogwood Festival?”

Two things come to mind for me. One is that the role of a mentor is to inform, guide and provide information their mentee needs to maneuver in this society successfully. Therefore, if Mr. Merritt’s mentee is fortunate he will not be so strongly and staunchly biased against rap music and perhaps give some background and discernment involving rap music. Rap music, like jazz, like the blues, like country music, has a history. To negate a genre of music across the board when it is still very much in existence and probably listened to by those of the age range of his protege presents a biased and unrealistic viewpoint and opinion. Rather, guide the young person of the rap music which is appropriate, which gives a positive message instead of one which encourages what we know to be nonproductive except for the rapper.

There is rap in gospel music. How can it all be bad? It is funny that Karl Merritt is taking credit for the Dogwood Festival’s inclusion of rap this year and then bemoaning them adding rap music. Presenting one of the raunchiest lines from one of Coolio’s raps as proof further presents a skewed view.

Not all of Coolio’s music has that theme or those words included. Now we scare people already about Coolio and dissuade them from even being present before downtown is even prepared or perhaps he has even been paid for this year’s Dogwood Festival. What is the personal schism? If in fact, he is responsible then the lesson for him and his mentee is be careful what you complain (about), suggest or inspire.

Surely, as long as the Dogwood Festival has been running the Festival they hopefully did not simply put out a call for any rapper to represent their first time presenting rap music as an option during the Festival. We can hope that they at least have listened to and have some knowledge of Coolio and have informed him the festival is family friendly.

Surely, this is a first time and the experiment of presenting an alternative music offering should at least be tried.

(I’m) very tired of people not wanting to alter or change anything in Fayetteville except what is important to them. I don’t enjoy baseball, but okay, there is going to be a field and a team. Perhaps the choice of selecting Coolio might not be appropriate for the audience which will attend the Festival. How will we ever know unless they give it a try?

I remember being one of the first poets to participate during one year at the Dogwood Festival. I was under the Children’s tent that year. Although I was not asked back even though there was interest in children between the ages of babies to teenagers, who stopped at my table that year and created poems, they did not have it as an ongoing annual activity. It was at least tried and that is all which is being done this year with the inclusion of rap.

Even if Mr. Merritt’s protege does not know or listen to any rap music now, at some point unless she is going to be breathing and living in a makeshift bubble, she will be exposed to rap music. As a result, if nothing else if by chance she attends, Mr. Merritt if accompanying her can use it as a teachable moment and not a strong source for his condemnation for a genre of music being offered which he admits he was the one who encouraged it being included.

I appreciate that readers often give feedback regarding my columns that appear in Up & Coming Weekly and are also distributed by e-newsletter. As I would expect, given my conservative views, feedback from most black readers reflects strong disagreement with what I write. Sometimes feedback from this group is rather harsh. (Yes, there are some white readers who express strong objections to my thinking.) In view of me being black, but not thinking as some would expect given my blackness, there are times when I feel alone in this struggle to have my thinking heard and seriously considered. I got a reminder today that I am not alone in my thinking regarding many issues of our time. I ran across a video by Candace Owens. What she says in the video, and her clear commitment to speak up in the face of opposition, provided encouragement for me to keep standing. You may watch the video at https://www.youtube.com/ watch?v=mK8H9qGKkMI