Stalked by a turtle named Flo 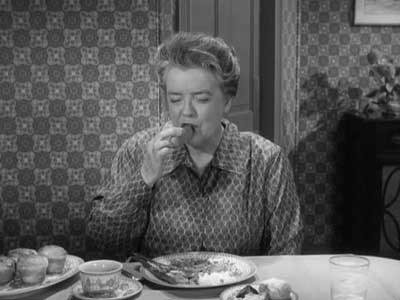 Everybody talks about the weather, but no one does anything about it. Someone out on The Internets said that the prolonged waiting for Hurricane Florence to hit was like being stalked by a turtle. I would give them credit for the phrase, but I can’t remember where I saw it, so I will steal it instead.

As you may have noticed, we have had a bit of weather lately. We are now having 100-year storms every two years. Like Bob Dylan wrote, “Something is happening here/ And you don’t know what it is/ Do you, Mr. Jones?”

These repeated weather events are getting old. Back in the good old days, when Willard Scott was in charge of the weather while wishing happy birthday to 100-year-old ladies, we never had hurricanes like Florence and Matthew. Willard needs to be recalled to active duty to take control of the weather again.

The day before Flo hit, I made my daily walk through the FTCC campus. The usual flock of 50+ geese that hang out there was gone with the wind. Magically, the geese knew it was time to get out of town before Flo arrived. Geese are not bird brains. They don’t need a weather forecaster to know which way the wind blows.

Watching the Flo news in the days before she darkened our doors was borderline depressing. The TV talking heads on the national networks were beside themselves with glee, warning us we were all going to die, and they were going to get great ratings. The local TV anchors were visibly upset as they were talking to viewers who were their neighbors. The network talkers were here for the drive-by gawking to poke at our misery and then leave town.

The night before Flo hit, I turned off the news and watched the greatest Andy Griffith episode ever made – “Aunt Bea’s Pickles.” Watching Andy and Barney stuffing down Aunt Bea’s kerosene cucum-bers in order not to stomp on Clara’s dream of winning the best-in-show pickles for the 12th time at the County Fair was greatly calming.

The boys replace Bea’s bad pickles with store-bought pickles so they won’t have to eat Bea’s abominations. After hearing Andy rave about her pickles, Bea decides to enter the pickle contest, not realizing that her zombie pickles have been replaced. Andy and Barney think this is funny at first until Andy hears from Clara how much winning the pickle contest means to her.

Andy realizes that he can’t let Aunt Bea’s store-bought pickles beat Clara. Andy explains a great truth: “What is small potatoes to some folks can be mighty important to others.” The boys eat the store-bought pickles. Aunt Bea makes a new batch of her homemade pickles, which lose to Clara. All is right with the world as a result. There is no better way to go into a hurricane than after watching Andy Griffith.

After our power went out, the internet was ablaze with people who had power but were complaining because their cable was out. I was not sympathetic to the fortunate but cable-deprived upper crust. Our street had power at both ends while we remained an island of darkness in a sea of lighted homes. Without power, we were plunged back into the 13th century. Living in a world lit only by fire, our matches were all soaked. And yet, we had a house and were alive. All over North Carolina, tragedies were unfold-ing as people lost their lives, homes and livelihoods. Grousing about a lack of electricity paled in comparison to the flood of real sorrow in North Carolina.

The first morning after Flo hit was caffeine-free at our house due to no power. Fortunately, Waffle House was open. The federal government uses Waffle House reopening as a measure of how bad a disaster is. Waffle Houses are designed to function off the grid. There was a large and very wet but polite crowd waiting for Waffle House delica-cies. Armed with two large cups of coffee, I was prepared to meet the day.

We whiled away the daylight hours sitting on the front porch watching cars go by, hoping to see an out-of-state license plate. Our basement collected knee-deep slimy water, which I waded into to set up a sump pump. I fully expected to see the Loch Ness monster charge out of a dark corner of the basement.

You find out who your friends are in a hurricane. We got invited to eat and to use showers at the homes of Kiwanis members who had electricity. My political leanings are well to the left of the people who invited us in, and yet we were welcomed. A hot shower may be small potatoes most of the time. But like Androcles and the Lion, I will always remember who pulled the thorn out of my wet paw during Flo.

It’s going to be a long recovery. Do what you can to help out. As Andy Griffith said, “What is small potatoes to some folks can be mighty important to others.”