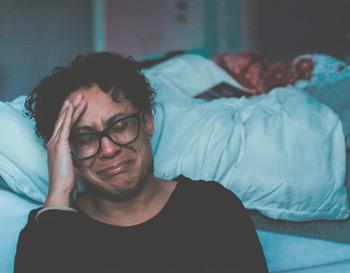 The #MeToo movement has been with us for a year or so now and has taken down a handful of powerful men, including movie producer Harvey Weinstein, journalists Charlie Rose and Matt Lauer and television executive Les Moonves. In the midst of all this, 81-year-old comedian Bill Cosby– once viewed as America’s doctor who holds a doctorate in education – has begun serving prison time for an assault that occurred more than a decade ago, with other allegations against him still pending. Layer on top of all that the U.S. Senate Judiciary hearing involving a Supreme Court nominee and a woman who accuses him of sexual assault, and it is fair to say that Americans have been swimming in uncharted waters.

Never in the history of our nation have sexual harassment and sexual assault been more on our minds as we struggle with issues involving both workplace and private interactions between men and women. Survivors of sexual harassment and assault are swamping social media with stories of what happened to them, how they reacted at the time and how it affects them today. Ditto for abuse hotlines and other support organizations, which report that victims of sexual assault and rape suffer more anguish than any victims of violent crimes. Their experiences, many of them years in the past, are being dredged up by recent media attention. For many victims, these memories are a re-victimization that affects their lives long after the actual experience.

Writing in The New York Times, Hayley Kirscher has some suggestions for how to deal with freshly stirred and painful memories. “Be kind to yourself,” she said.

Assault survivors and sufferers of PTSD often experience thoughts of shame and judgment, and for them, self-care or self-compassion can help. The idea is to promote healing, and experts suggest ask- ing yourself what you need that you can provide for yourself. It may be time with friends and family, time alone, a change of scenery or something as simple as a bubble bath. These “gifts” to yourself will not erase memories or give closure, but they may ease suffering and point the way toward healing.

Another technique is to acknowledge what you are feeling. Pretending the pain is not there simply pushes it back, and it will return, often when you are least prepared. Journaling can help by putting feelings on paper in private. So can sharing those thoughts with people close to you or with a professional counselor. Don’t be afraid to cry. It can be cathartic.

Remember, we are all creatures of both mind and body. Our physical, mental and emotional selves are intertwined and affect each other. Rutgers neuroscientist and psychology professor Tracey Shors recommends both meditation and aerobic exercise. She says survivors who practice these techniques have fewer trauma- related thoughts and feel better about themselves than those who do not.

Finally, Josie Torielli with the New York City Alliance Against Sexual Assault recommends “grounding,” a technique to keep us in the moment and not dwelling on past memories. She suggests finding and naming five objects you can see in a room, four sounds you can hear, three things you can touch or feel, two things you can smell and one good quality about yourself. Laugh as much and as often as you can – it is both a physical and an emotional release.

All human beings harbor and sometimes nurture painful memories, few more than survivors of sexual abuse. But it is harder to dwell on them when we reach outside ourselves and toward others. Help and support are out there – both from within ourselves and from the outside.