My struggle to understand the incomprehensible 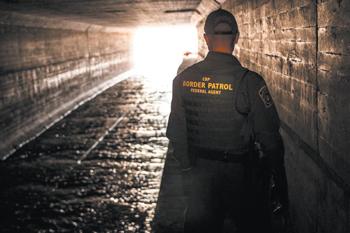 Believe it or not, I try hard to understand the thinking of people with whom I disagree. My patience for, and commitment to, this effort are being stretched to a level that tempts me to give up. So much of what I see and hear is simply incomprehensible.

For example, I cannot come close to understanding why there are people in America who want to allow participants in the caravan, now in Tijuana, Mexico, to enter our country without thorough vetting. In all honesty, I can only assume this is what they want. I must assume because I have not heard a clear explanation as to what is desired by supporters of the caravan. What I hear is loud, and verbally attacking, opposition to what President Donald Trump is doing to have these asylum-seekers processed in an orderly fashion that seeks to ensure the security of America. That means having individuals requesting asylum make their application at an official entry point along the U.S.-Mexico border. Persons entering the country illegally would not be allowed to request asylum. This requirement makes sense to me.

However, an Associated Press article with the headline “Justice Dept: Judge’s Ruling Blocking Asylum ‘Absurd’” reported the following: “Trump cited an overwhelmed immigration system for his recent proclamation that officials will only process asylum claims for migrants who present themselves at an official entry point along the U.S.- Mexico frontier.

“But civil rights groups sued, and on Monday U.S. District Judge Jon Tigar in San Francisco issued a temporary restraining order saying Congress has clearly allowed immigrants to apply for asylum regardless of how they entered the country.”

The following is the basis for the Tigar decision as it appears in his ruling. This is taken from an article titled “Unsurprisingly, Judge Tigar Holds That Congress Meant What It Said — In 8 U.S.C. § 1158(a)(1). TRO Granted.”

The article states, “The Immigration and Naturalization Act deals with one of the oldest and most important themes in our nation’s history: welcoming homeless refugees to our shores, and it ‘give(s) statutory meaning to our national commitment to human rights and humanitarian concerns.’ 125 Cong. Rec. 23231-32 (Sept. 6, 1979). As part of that commitment, Congress has clearly commanded in the INA that any alien who arrives in the United States, irrespective of that alien’s status, may apply for asylum – ‘whether or not at a designated port of arrival.’ 8 U.S.C. § 1158(a)(1).”

The provision referenced by Judge Tigar is what has resulted in “catch and release.” This is where illegal immigrants have an initial hearing and are released into the country pending their return for a second hearing to resolve their asylum request. The troubling fact is that a sizeable number of those who are released do not appear for the second hearing. They simply go on living in America. There are all kinds of estimates as to numbers regarding this fail-to-return group. In a spirit of fairness, consider an article that, I think, strives to downplay this issue. In the article “Majority of undocumented immigrants show up for court, data shows,” John Kruzel writes that over a five-year period, fiscal year 2012 to 2016, “around 60 to 75 percent of non-detained migrants have attended their immigration court proceedings.”

Then he adds: “But it’s worth noting that in absolute terms, that’s nearly 140,000 non-detained immigrants who were ordered to be deported between 2012-16 because they were not present in the courtroom, according to Justice Department data. (Though some immigration advocates say that count is high.)”

Even in a generous assessment, that is a huge number of undocumented immigrants remaining here illegally. Further, only a small percentage of asylum claims are approved. These considerations, coupled with a large backlog of cases pending before immigration judges, led Trump to the action he took regarding the asylum application process.

As is the case with so much of what makes no sense in America, Congress needs to fix the law. Instead, they spend their time being masters of collecting pay while producing little or nothing of worth. The American people tolerate this mess. Incomprehensible!

In the absence of Congress stepping up, the president tries to act. This brings out people who make comments that undermine his efforts. Former President Barack Obama is a case in point. His comments were reported in an article titled “‘Political stunt:’ Obama attacks Trump’s response to migrant caravan – video.”

The article reads: “Former U.S. President Barack Obama has labelled President Trump’s response to the migrant caravan a ‘political stunt.’ ‘They’re telling us the single most grave threat to America is a bunch of poor, impoverished, broke, hungry refugees a thousand miles away,’ Obama said during a rally for Democratic senator Joe Donnelly in Indiana.”

Within a few days, the caravan had covered that thousand miles and was in Tijuana, Mexico, just across our southern border. In addition, Homeland Security Secretary Kirstien Nielsen confirmed that there are over 600 convicted criminals traveling with the caravan. Not many days after Obama’s pronouncement, several hundred caravan migrants rushed a border crossing near San Diego, California, while throwing rocks at Border Patrol personnel, injuring some. The attackers were forced to retreat when the Border Patrol disbursed tear gas into the onrushing crowd. Regarding the military presence at the border, the Border Patrol makes it clear that the support is needed and that it is proving to be an essential asset.

Simply put, the preceding paragraph shows Obama’s comments to be far afield from an accurate assessment of the situation with regard to the caravan. What he did flies in the face of what is good for America. I cannot understand why he would make such statements. Even further, it baffles me that so many people will not examine his comments in light of what is really happening with the caravan. Incomprehensible.

There is outrage because tear gas was used by Border Patrol agents against that attacking group of migrants. The outrage is that women and children were at the front of the group and got tear gassed. Report after report indicates that women and children were intentionally put at the front for effect. This is a tactic of the group. The Border Patrol gets overwhelming negative publicity while those parents and organizers receive empathy and support. Why aren’t those parents and caravan organizers held accountable? Incomprehensible.

Hypocrisy shows its head again. On the heels of all the tear gas outrage, it is reported that tear gas and pepper spray were used on migrants during the Obama administration. Somehow, it becomes a horrendous event when done on Trump’s watch? Incomprehensible.

The narrative put forth by liberal media and all who desire the destruction of Trump is that the caravan is primarily women and children. MSNBC, definitely not a network that is fond of Trump, told a truth that challenged this narrative. In an article titled “MSNBC: The Majority Of People Who Make Up The Migrant Caravan Are Men,” John Sexton reported the following regarding an on-air conversation between Stephanie Ruhle and Gadi Scwartz, who was on a live shot from Tijuana.

“’From what we’ve seen, the majority are actually men, and some of these men have not articulated that need for asylum. Instead, they have talked about going to the United States for a better life and to find work,’ Schwartz added.”

MSNBC destroys the “women and children” narrative. Given that asylum requires the applicant to be the subject of persecution in his or her home country, the comment about “a better life and to find work” points to asylum abuse. The abuse is more obvious in that a person escaping one country is to request asylum in the first country he or she reaches. That was Mexico for the caravan migrants. Mexico offered asylum, and it was refused. Millions of Americans will disregard these glaring indicators of asylum abuse and continue doing war with Trump. Incomprehensible.

I invite readers to help me comprehend how a person can look at what is presented here and still support flinging the gates open and letting the caravan walk right into America.