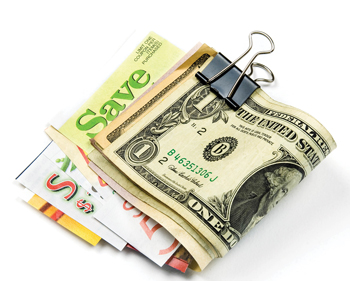 New research by two North Carolina State University professors has brought into stark relief the following facts: America is in a debt crisis, our economy is suffering as a result, and politicians of both major political parties bear responsibility.

Economists Thomas Grennes and Mehmet Caner worked with a third author, Qingliang Fan of China’s Xiamen University, to produce the paper. Published by George Mason University’s Mercatus Center, it examines decades of fiscal and economic data for the United States and several other developed countries.

Their key finding is that when the indebtedness in a country reaches a certain level, it becomes a drag on economic growth. Low levels of debt don’t necessarily have this effect. If institutions borrow in order to finance valuable investment — to build or expand plants and equipment, improve infrastructure, etc. — that enhances productivity. The resulting gains can more than offset the cost of the debt.

But investments contain built-in uncertainties. Not all capital projects pay off. We generally borrow to fund the best bets at first, then the next-best bets, and so on. The more we borrow and spend, the less likely the spending will be worth it. What’s worse, we don’t always borrow to invest. We use credit to buy things for immediate consumption.

That’s not a big deal in small amounts. And it’s not necessarily disastrous even in large amounts if the good we purchase lasts a long time and has resale value, such as a house. But largescale borrowing to fund large-scale consumption is foolish.

The temptation is particularly strong, and the consequences particularly grave, government. Those who make the initial decision, the politicians, can get credit for what gets funded without getting personal blame years or decades later for the taxes or foregone expenditures required to pay off the resulting debts. And because governments don’t face the same competitive pressures that private institutions do, they are more likely to use borrowed funds either for questionable capital projects or for expenditures that are unquestionably consumption.

Generally speaking, states and localities are less guilty than Washington, D.C., is. Their rules require that operating budgets be balanced every year, which limits (but does not fully preclude) the use of public debt for consumption. Moreover, bonds that pledge the full faith and credit of state and local governments often require voter approval by referendum, which again serves as a brake, however imperfect, on reckless borrowing.

The federal government lacks these precautions. Even so, Grennes and his colleagues found that for most of its history, the federal government used debt sensibly. “During wars, spending increased, the government borrowed, and the debt ratio increased,” they observed. “After wars, the debt ratio gradually reverted toward the prewar ratio, without a clear long-term trend.” There may have been no formal constraints, but there was an “implicit contract that functioned as a coherent debt policy.”

That ended in the late 1960s, as the federal government took on new spending obligations, most involving immediate consumption rather than investment. Each new obligation had a powerful constituency, and often gained popular support (think Medicare). But the total effect was to boost federal spending above projected revenue. Rather than resolve the problem, Washington borrowed. What’s worse, during the same period federal tax and regulatory policies incentivized an increase in private borrowing, too.

The bill is now due. According to the new study, the annual rate of economic growth in the United States from 1995 to 2014 was more than a percentage point lower than it would have been in the absence of America’s debt explosion. That’s a very large effect.

What can be done about this? Previous attempts to use moral suasion or legislative pressure, such as the Simpson-Bowles Commission and debt-ceiling shutdowns, have fizzled. Another NCSU professor, Andy Taylor, advocates an intriguing set of federal budgeting reforms that may help. Or we could try devolving federal programs to the states, trusting that their preexisting safeguards will hold. As Johnny Mercer put it, something’s gotta give.