Enjoy a box of awesome 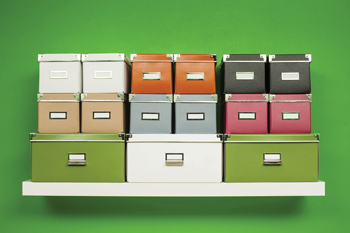 Who would not want a box of awesome? I know I do. I discovered the world’s greatest company name one afternoon while on walkabout through the wilds of Haymount. There is a company advertising on the internet named Box of Awesome. The name says it all. Buy our product and you will get a box of awesome stuff. The advertising genius who came up with this company name should win Advertising Age’s Grand Prize for 2019. I salute you, sir or madam. You have my undying admiration.

How did I discover this amazing company, you ask? To keep myself motivated while walking through the late afternoons of life, I listen to news channels, Howard Stern or the History of Byzantium podcast. The company Box of Awesome frequently advertises on the internet. The concept is brilliant in its effectiveness and simplicity. You sign up to pay $45 a month. You take a short, very simplified online version of the Minnesota Multiphasic Personality Inventory test, which determines what sort of awesome stuff suits your personality. Box of Awesome then sends you a box full of different awesome stuff each month.

The Box of Awesome analytics formula does its magic by using your personal information you provided. Presto, the computer figures out what sort of stuff you would like to receive and then sends it to you.

It takes the worry and thought out of deciding what you want in life. Let the machine’s siliconbased analytics decide for you. In our brave new world, you don’t need free will. Determinism can be outsourced to the cloud. The computer knows better than you do what you want.

Box of Awesome digitizes impulse buying so you don’t have to think at all. The part of the brain that you used to use to make an impulse buy from the rows of candy in the checkout line at the grocery store can now safely wither away like the muscles you used to use to exercise. You do get a few days’ notice of the contents of the box. You can say no if you decide you don’t want what the computer says you want. But who is going to say no to the computer? It’s like the old Record of the Month club. You could notify RCA you didn’t want the next record, but no one ever got around to saying no before the new Burl Ives record hit your front door.

The concept reminded me of “National Lampoon’s European Vacation,” a movie in which the Griswalds compete in the Pig in a Poke TV quiz show. What is more fun than getting a surprise prize? Two families compete with each other dressed up in pink pig costumes. The theme song of the show has the immortal lines: “Pig in a poke. It pays to be a glutton. Oink, Oink!/You could win all or nothing, Pig in a Poke.”

The families don’t know what fabulous prize they are playing for. Could it be a year’s supply of Johnson Turtle Wax? A Kelvinator home freezer? No one knows until the end of the show. Fortunately, the Griswalds are not playing against “Jeopardy’s” newest phenomenon, James Holzhauer, who would have squashed them into the dust like an angry elephant tap dancing on a rhino poacher. For reasons too bizarre to go into today, the Griswalds win Pig in a Poke and get a free trip to Europe.

The Box of Awesome concept also borrows from the late, great Monty Hall’s “Let’s Make a Deal” TV show. With Monty, you could trade what you had in the box for Door Number Three or vice versa. You didn’t know what was behind Door Number Three. It could be a brandnew 1968 Chevy Nova. Or it could be a set of lawn furniture.

The lure of the unknown is a great motivator and inhibitor of common sense. With a Box of Awesome, you do get to see what is in the box before it arrives, but who in their right mind is going to say no to a box of awesome stuff?

The same principle applies to the upcoming 2020 presidential election. We know what we have in Dear Glorious Very Stable Genius Leader. We don’t know what Dear Leader will do next. What kookie thing will he do to entertain us? Vote for him and find out. It’s fun to be entertained and not have to think. The Roman Emperors did pretty well for centuries keeping themselves in power by entertaining the masses with bread and circuses.

From the Democrats’ side of the ledger, we have more than 20 candidates who each are promising a Box of Awesome to the voters. Free college? Check. Green bill of rights? Check. Fresh face? Check. Ability to lose close elections? Check. Oldest president to ever be sworn into office? Check. Abolish the Electoral College? Check. It’s Pig in a Poke once again, with both sides promising the voters a Box of Awesome.

So, what have we learned today? Thinking for yourself is such an uncool, antiquated, 20th-century concept. Let the computer’s analytics decide what you want. Big Brother knows what is best for you. As our old buddy George Orwell pointed out in “1984,” when Winston says: “But it was all right. Everything was all right, the struggle was finished. He had won the victory over himself. He loved Big Brother.” You, too, can love Big Brother.