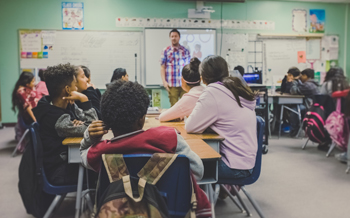 We Americans pride ourselves on our diversity. Some of us come from Native American families with millennia-deep roots in this great land. Others descend from people who arrived in time to found this nation. Others hail from families who arrived from all over the world, and some of us arrived much more recently from everywhere. Somehow over more than two centuries, Americans both maintained our diverse backgrounds and melded ourselves into one people, growing into the strongest nation — economically, culturally and militarily — in the world today.

As diverse as we are, for the better part of the 20th century and especially around World War II, Americans largely pulled together. Most of us considered ourselves religious. Our children went to public schools. We read newspapers and later watched network television, so we received the same news, even if we disagreed about it. In other words, we had common experiences. We had “glue.”

We are as diverse as ever, really more so, but our glue has worn thin. We are more secular, with many Americans describing themselves as “spiritual” but not identifying with established denominations that meet as communities. Our children have many educational options, and charter schools are sharing — some would say draining — the resources of public schools. We now consume more news from sources we agree with and less from those striving for objectivity. Our choices are isolating us from other Americans.

It is as if Americans are spinning off into our own orbits.

Young people are increasingly moving to urban areas for educational and career opportunities, enriching cities at the expense of rural America in that demographic shift. Some see this as the rise of “brain” jobs and the decline of “brawn” jobs, a hard reality to fathom, and it is creating resentment in rural communities. No one can argue that our politics are not toxic. Both the right and the left view those who disagree as “the other,” so different and so incorrect that we cannot understand each other.

Few of the 327 million people in the United States express ideas for bridging our divides with a goal of healing, but an old proposal — one I have long supported — is receiving renewed attention.

National service for young Americans would provide a common experience at the beginning of adulthood, a formative time of life in all societies. It could take many different forms. It could be mandatory, a year or so of service required of all able American young people. This service could take many forms. It could be military. Such service could be educational, health care related, environmental, agricultural, social or cultural. It could be voluntary, as some young Americans are already doing with Teach for America, AmeriCorps and other national, regional and local organizations. Options are likely fluid and endless.

National service is politically and economically fraught, and I do not pretend to have answers to how to pay for national service, voluntary or mandatory, or how it would affect existing jobs. Tuition support and student loan forgiveness could make national service attractive to young Americans, but how to structure such programs is challenging.

What I do know is that our communities and our nation will be stronger if we nurture ways to bring ourselves together — if we mix some new glue.