Downtown parking solution a must 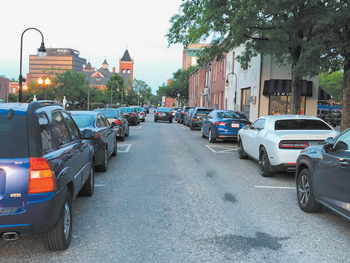 I am glad that the city appears to be moving in the right direction in reducing parking fees during home baseballgames. It troubles me, however, to hear some elected officials say that these are really “user fees,” needed because parking has been “subsidized” by all taxpayers whether they come downtown or not. This is a gross over implication of the facts that doesn’t serve the truth well.

First, downtown property owners and businesses are contributing to the cost of parking through the Municipal Service District tax that they — and no one outside the district — pay. The city is taking $50,000 annually from the MSD tax fund to help offset the cost of parking: $25,000 toward debt retirement on the new deck and $25,000 to McLaurin Parking.

Second, the majority of building owners have title to the ground under their building but not one inch beyond. There are some exceptions, like the owners of Huske Hardware House or John Tyson, who owns much of the 100 block on the south side. Most building owners simply have no place for parking for themselves, their staff or customers unless it is provided by the municipality. This is unique to downtowns everywhere.

Third, the amenities offered in the downtown’s art and entertainment district add quality of life to our whole community — city and county — and if promoted properly, can be a powerful recruiting tool and also increase revenue from out-of-town visitors. People have to have access to these amenities, and only the city can provide that access.

Like other cities, ours provides services that are desirable even if not fully funded by a user tax. It is similar to public schools. I think most people would agree that public schools are essential in a community, especially for families who cannot afford a private school, and deserve public funding — even if they are not used by some taxpayers, like retirees or people without children.