The Hofeller files: Reality or a made-for-TV movie? 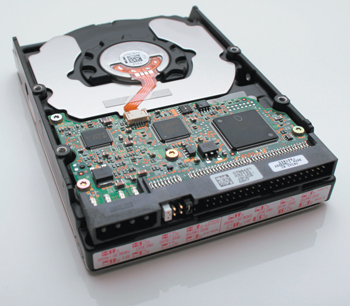 A political operative described by The New York Times as “the Michelangelo of gerrymandering” for changing the U.S. House and legislatures from one party’s control to the other for years to come dies, leaving behind his computers and associated hardware. Enter his estranged daughter, who accidentally reads about his departure from this world on the internet and then returns home to help her mother. In sorting through her father’s personal effects, the daughter finds a plastic bag of hard drives and thumb drives, all containing backed-up data from the deceased’s computer. The widow allows her daughter to keep the backups, which turn out to contain about 75,000 files of photos and personal information, along with a gold mine of political material from the operative’s partisan work.

In her search for an attorney to handle her late father’s estate, our estranged daughter rings up a citizen advocacy group and offhandedly mentions her father’s backup files. Staff ears perk right up, and next thing you know, lawyers are trotting out the files for use in gerrymandering lawsuits in various courts all the way to the United States Supreme Court.

And the real kicker?

Not only do the files detail race-based and partisan gerrymandering schemes for several states, but they also reveal a study concluding that adding a question about U.S. citizenship to the 2020 census questionnaire would depress immigrant participation in the census, thereby shifting political clout to the political party that hired the operative in the first place. In promoting a failed plan to base Texas legislative districts not on total population but on voting-age citizens, the deceased operative wrote that maps drawn that way “would be advantageous to Republicans and non-Hispanic whites.”

You might find all this too absurd for even a made-for-TV movie, but, in fact, it is all true. The operative’s name was not Michelangelo but Thomas Hofeller, and he died in Raleigh last summer. He was the architect of North Carolina’s massive 2011 gerrymander, a substantial portion of which has been found unconstitutional while other parts are still in litigation.

His daughter, Stephanie Hofeller, did indeed find those files and ultimately deliver them to Common Cause, which has worked for decades for gerrymandering reform. Whether the citizenship question will appear on the 2020 U.S. Census form is now before the U.S. Supreme Court with a ruling expected within the next few weeks.

Gerrymandering is hardly new news, and many North Carolinians are familiar with and revolted by what happened in our state and others in 2011. A political operative’s involvement in developing questions for a constitutionally required census of all Americans is new news and also revolting. Both go to the issue of how government at all levels works for all Americans — or whether it actually does at all.

The saga of Thomas Hofeller is spectacular, but it is only one of many involving hired political operatives. All of them beg the question of whether the people we elect to represent us in Congress and state legislatures are doing that work or farming it out to professional consultants to avoid public transparency and to achieve partisan objectives.

Any of us can express our thoughts to our elected representatives if we choose to do so, but a precious few of us are insiders enough to be able to express our views to the Thomas Hofellers of this world.

The lesson here is to pay attention and be involved.

The quotation “Eternal vigilance is the price of liberty” is often attributed to Thomas Jefferson, but also to Thomas Paine and others. Whoever penned it was speaking across time to us.