From one concerned driver to everyone else 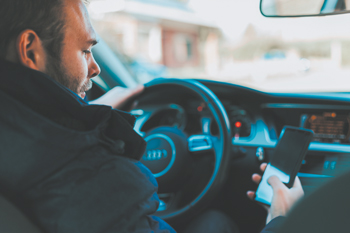 Not quite a year ago, as summer reigned across North Carolina, my beloved Station Wagon No. 7 — my home away from home, my filing system, my repository for everything I did not know where else to put — suddenly lost her air conditioning. I tried to tough it out until fall arrived, but the heat got me. When the verdict came that the A/C would cost almost half my beloved’s trade-in value, I bit the bullet and came away with Station Wagon No. 8. I felt terrible leaving my elderly 2010 model sweetheart in the dealer’s lot,tears I hoped no one saw.

Cars came a long way during the 20-teens. And my new one, an updated version of precious No. 7, has some fine features new to me, including a handy backup camera, a Bluetooth connection for audio books, lights that flash if another car is coming up beside mine, a selfdriving system that nudges me back into my lane should I stray into another, loud beeps if another vehicle or a person is close by, and automatic emergency braking. I am accustomed to these convenient features now, but my first reaction was, who knew? Highway safety experts say new technologies are making American roads and highways safer regardless of our national angst about “driverless cars.” Technology, it seems, can save us from some of our human frailties.

Technology is likely one of the reasons traffic crash fatalities fell by nearly 700 souls between 2016-18, although the U.S. Department of Transportation has not speculated on that.

Other aspects of our roadway safety are not so positive.

No matter how Americans might joke among ourselves about wild driving styles in other countries, particularly emerging nations, ours are the most dangerous roads in the industrialized world. Our fatality rate is nearly double those of Canada and Australia, even of Germany with its world-famous high-speed autobahns. Some of other nations’ declining fatality numbers have followed national highway safety campaigns, something the U.S has not undertaken recently. As David Leonhardt of The New York Times pointed out earlier this month, vehicle fatalities kill almost as many people in the U.S. as gun violence, although they receive far less public attention.

We speed. The Governors Highway Safety Association recently issued a report subtitled “Rethinking a Forgotten Traffic Safety Challenge,” which asserts that nearly one-third of our traffic fatalities are caused by excessive speed. It cites “widespread public acceptance of speeding and lack of risk perception” among American drivers. A cruise along I-95 or I-40 confirms this public acceptance within seconds.

We talk tough on impaired driving, but we are not walking the walk. As a nation in love with our vehicles, we slap many impaired drivers on the wrist and send them back onto our roadways. Most communities, including ours, have lawyers who specialize in this area and have handsome incomes to prove it. The Centers for Disease Control and Prevention estimate that someone dies every 51 minutes in an alcoholrelated crash. Prepare to hear more about legal moves to lower the legal blood alcohol limit from 0.08 to 0.05. That alone could save some of the 10,000 people who die in alcohol-related crashes every year in our nation.

“Distracted driving” is a term often used to describe texting and other technology use while driving, but it actually means everything we do in our cars that is not driving — eating, drinking, tuning the radio, looking at back seat passengers — the list is individual and endless. Americans are in our vehicles so much that we seem to forget that we should not do in them everything we do when we are out of them. Our driver’s ed teacher’s advice still holds — two hands on the wheel and eyes straight ahead.

Nervously but hopefully yours from behind the wheel of Station Wagon No. 8,