The Equality Act: A time to speak up 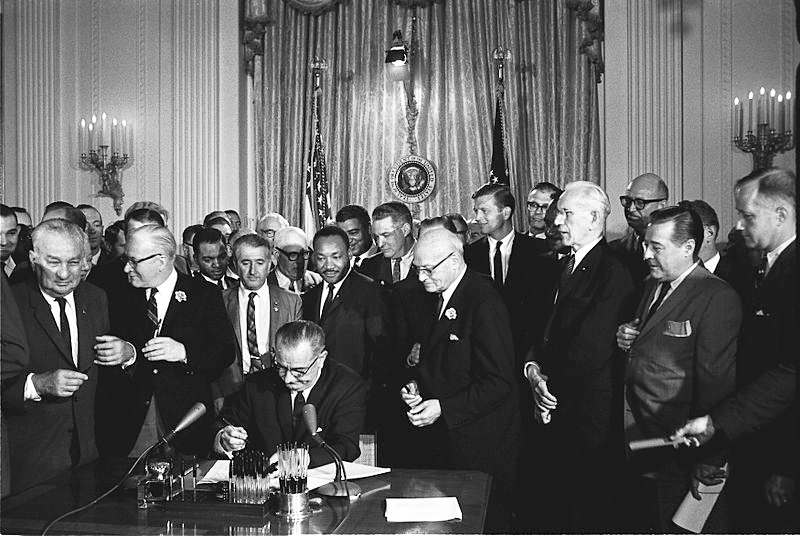 There are times when circumstances dictate that individuals and groups speak up, even at the risk of being made to suffer. The Equality Act presents one of those occasions for Americans. The House of Representatives has passed the legislation, and it is now with the Senate for action.

The act begins with this stated purpose: “To prohibit discrimination on the basis of sex, gender identity, and sexual orientation, and for other purposes.” If enacted, the negative impacts of this legislation seem almost endless. An article from the Heritage Foundation titled “The Equality Act: How Could Sexual Orientation and Gender Identity (SOGI) Laws Affect You?” presents several impacts: 1. The Equality Act would force employers and workers to conform to new sexual norms or else lose their businesses and jobs. 2. It could force hospitals and insurers to provide and pay for these therapies against any moral or medical objections. It would politicize medicine by forcing professionals to act against their best medical judgment and provide transition-affirming therapies. 3. This politicization of medicine would ultimately harm families by normalizing hormonal and surgical interventions for gender dysphoric children as well as ideological “education” in schools and other public venues. 4. By silencing the scientific debate on transgender-affirming therapies through the politicization of medicine, the Equality Act would further normalize this radical protocol and create an expectation that parents comply. 5. It could ultimately lead to the erasure of women by dismantling sex-specific facilities, sports and other female-only spaces.

The Heritage article, in general, points to negative religious impacts. However, an article by Kelsey Dallas and Matthew Brown titled “Would the Equality Act harm religious freedom? Here’s what you need to know” is more specific. It reads, “‘The Equality Act fails to provide essential religious liberty protections that would allow a diverse group of social service and civic institutions to continue to thrive,’ said Shapri LoMaglio, senior vice president for government and external relations for the Council for Christian Colleges and Universities, in an email.

“In addition to creating new protections for gay and transgender Americans, the act would limit the scope of federal religious freedom protections, preventing religious people and organizations from using the Religious Freedom Restoration Act as a defense against discrimination claims.

“‘There would be an effort to punitively sue them into oblivion and they would not be able to use (the Religious Freedom Restoration Act) in their defense,’ he said.”

The danger in this legislation runs across the full landscape of American society. The final paragraph in the Heritage article succinctly summarizes what this legislation would do to citizens of this country.

“The Equality Act actually furthers inequality, especially for women and girls, by punishing anyone who does not affirm a single viewpoint of marriage and biological sex. A federal sexual orientation and gender identity law would empower the government to interfere in how regular Americans think, speak, and act at home, at school, at work and at play. Any bill promoting such authoritarianism is a danger to our freedoms.”

The Equality Act is based on the argument that as the 14th Amendment to the U.S. Constitution was used to support provisions of the 1964 Civil Rights Act, it also, supposedly, supports providing the protections in this act. The 1964 Civil Rights Act outlawed discrimination based on race, color, religion, sex, or national origin. The 14th Amendment approach was used in 1964 because, as explained at www.law.cornell.edu/wex/ equal_protection, “Equal Protection refers to the idea that a governmental body may not deny people equal protection of its governing laws. The governing body state must treat an individual in the same manner as others in similar conditions and circumstances.”

Proponents of the Equality Act contend that, based on equal protection considerations, lesbian, gay, bisexual, transgender and queer — referred to as ‘‘LGBTQ’’ — persons must have the same protections as provided to other groups in the 1964 Civil Rights Act.

Sen. Barry Goldwater was a Republican who represented Arizona for five terms in the U.S. Senate and lost to President Lyndon Johnson in his 1964 run for the presidency. Goldwater voted against the 1964 Civil Rights Act. All these years later, the argument being made for the Equality Act confirms that his objections had merit. That can be seen in an article by Lee Edwards titled “Goldwater’s vote against Civil Rights Act of 1964 unfairly branded him a racist.”

Two paragraphs from different sections of that article follow: “Goldwater wanted to support the Civil Rights Act of 1964, as he had the civil rights acts of 1957 and 1960. But he reluctantly decided he could not, because he could see that the bill’s Title II and Title VII were unconstitutional. He predicted that Title VII, which dealt with employment, would end in the government dictating hiring and firing policy for millions of Americans. So it has come to pass.

“When confronted with the Civil Rights Act of 1964 and its questionable constitutionality, Goldwater’s conscience led him in a different direction than his fellow Republicans. He did not flinch from the consequences, saying simply, ‘If my vote is misconstrued, let it be.’ His concern was not with himself or any single group but with the nation and ‘the freedom of all who live in it and all who will be born in it.’”

A prime example of how the Equality Act would adversely impact the freedom of others, as it seeks to protect one group, shows in its effect on religious freedom. In essence, the act would allow for, would produce, discrimination against people of faith. That discrimination would be prohibited under freedom of religion as provided for in the First Amendment. A Heritage Foundation video at www.youtube.com/watch?v=JVKeOrxRnb0 explains “Religious Freedom” and how the Equality Act would allow for denial of this freedom.

Start with this from the video: “What is religious freedom? Religious freedom is more than the freedom to worship in a synagogue, church or mosque. It means people shouldn’t have to go against their core values and beliefs in order to conform to culture or government. Religious freedom protects people’s right to live, speak and act according to their beliefs, peacefully and publically. It protects their ability to be themselves at work, in class and at social activities. Okay, that sounds good, but does such freedom allow people to do whatever they want under the cover of religion? Well, that answer is no.”

The video goes on to say, “The Supreme Court has said the federal government may limit religious freedom, but only when it has a compelling interest to do so in order to protect the common good and limit people’s ability to harm others.”

Cutting to the quick of what I conclude from the remainder of the video, the question is, does the federal government have a compelling interest that justifies adding to the 1964 Civil Rights Act the groups encompassed by the Equality Act?

Consider the compelling interest question concerning race and the 1964 Civil Rights Act. Jim Crow laws were state and local laws that enforced racial segregation in the Southern United States. Those laws denied necessities to black Americans and did so because of our blackness. Every black American in the South was adversely affected. The federal government clearly had a compelling interest that supported rectifying that situation.

On the other hand, LGBTQ individuals are, by no means, in a situation similar to that of blacks under Jim Crow Laws. For instance, if a minister refuses to perform a same-sex wedding because of his or her religious beliefs, and not because the couple is homosexual, the couple can easily identify a minister who will perform their ceremony. The same is the case with bakers, photographers and others who are now being discriminated against because they will not, due to religious convictions, provide their services to LGBTQ persons. Some individuals who take this faithbased position are being sued, even having to close businesses. Passage of the Equality Act will put in place, without the federal government having a compelling interest, legislation that will make religious freedom and other freedoms a thing of the past.

All Americans better see this legislation for the danger to freedom that it is and take a stand. The argument being made for the Equality Act validates the position taken by Barry Goldwater. Even though the cost might be high … like Goldwater, we better speak up.