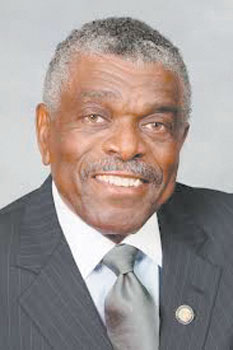 In Raleigh, our elected scramble to gather the votes needed to override the governor’s veto of the budget. Much hangs in the balance for Fayetteville and Cumberland County as projects that would create thousands of jobs, enhance our community’s economic development and elevate our quality of life all hinge on the governor’s obsession with expanding Medicaid in North Carolina. Democratic Gov. Roy Cooper is engaged in partisan politics. He is trying to impress his fellow left-leaning political cronies by demonstrating he’s a team player willing to reject the state budget to bring North Carolina into the fold by implementing Medicaid expansion. And, with support from political opportunists like freshman Sen. Kirk deViere, D-District 19, Cooper has put Fayetteville/Cumberland County’s $132 million infusion into our community in jeopardy.

It is obvious in this situation that self-serving politics are taking priority over the governed people. If the budget veto stands, there will be many losers throughout the state.

The good news is that our Cumberland County delegation has demonstrated a refreshing display of unity, cooperation and communication when it comes to the needs and priorities of the people in our county.

Republican Rep. John Szoka has been diligent in his efforts to elevate the status of Cumberland County and to support the projects that will have a long-term and meaningful effect on the entire community. But the real soldiers in this fight to bolster our community are Democratic Reps. Elmer Floyd and Billy Richardson.

Floyd and Richardson have taken a tremendous amount of heat from fellow Democrats who will only side with their party because that is the thing they are expected to do — regardless of logic or ethics. Win or lose this battle over the budget, we can see who the leaders with integrity and character are. Win or lose, the true leaders will wake up every morning knowing they tried to do the right thing for the residents of Fayetteville and Cumberland County. 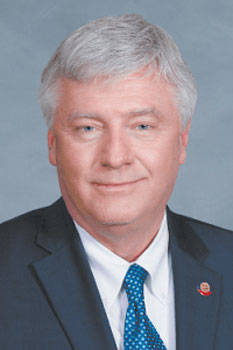 loyd and Richardson have earned the respect of their constituents, who will not soon forget these representatives’ fight to remain diligent in their desire to create a stronger, more vibrant, more competitive Cumberland County for residents and future generations.

We have responsible leadership with vision — leaders who are willing to place people over politics while assuring citizens of Fayetteville and Cumberland County that we will be taking our place alongside the larger and more prosperous cities in our state. It is this delegation that, along with a substantial number of residents, businesses and organizations, has worked for years to improve our community. For too long we have watched while other North Carolina communities received special favors and funding from our state legislature while ignoring the needs of Cumberland County, allowing us to slowly become a Tier 1 county.

Many of our former legislators worked hard to improve Cumberland County and Fayetteville. Their efforts laid the groundwork for this current delegation to garner support for these much-needed projects — projects that will impact this community’s quality of life for decades.

This 2020-2022 state budget, if the veto is overruled, would bring a whopping $132 million to our county in projects that will benefit the entire community. These projects could net Cumberland County $20-$40 million a year in additional revenues. Think of what that will mean to this community. This budget is a once-in-a-lifetime win-win for Fayetteville and Cumberland County.

A special thanks to Republican Rep. Szoka and Democratic Reps. Floyd, Richardson and Marvin Lucas and Democratic Sen. Ben Clark for leading this charge. Again, win or lose, these gentlemen have drawn a line in the sand. 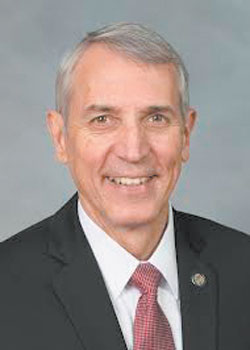 ·        $12 million for the North Carolina Civil War and Reconstruction History Center; $3 million in year two with anticipation of a total payout of $46 million in the years ahead

·        $900,000 for the North Carolina Military Business Center headquartered in Fayetteville, each year for two years

Opportunities like these don’t just happen. To make projects of this magnitude a reality for any community, it takes hard work, diligent legislative maneuvering and thousands of local residents, businesses and organizations spending time, energy and money. It takes forward-thinking an and understanding of the needs of our community by a dedicated group of hard-working, business-savvy political leaders who care more about their constituents than they do about themselves or their political futures.

This is why it is vitally important that we support and encourage our local delegation to stay the course and stand up for Fayetteville/Cumberland County by keeping people before politics. Encourage them to pursue the $132 million and reject Cooper’s veto.

For some Democrats, it will be a bold and challenging move. However, it will demonstrate to everyone in Fayetteville, Cumberland County and the rest of North Carolina that our leadership has the integrity, vision and talent needed to aggressively move our community forward by doing the right thing for the right reasons. No one said it would be easy, but that’s what real leadership is all about. The rewards will be many, and the consequences are few.

Again, a very special thank you to our hardworking local delegation: Clark, Szoka, Lucas, Floyd and Richardson. Keep up the good work.