What a way to go 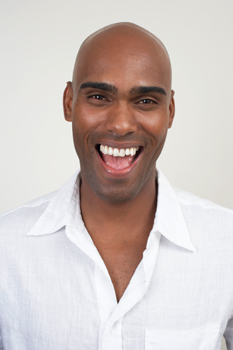 A smart-aleck friend of mine, who shall remain nameless — Shawn Schultz — recently sent me an email remarking on my personal physical resemblance to the ancient Greek playwright Aeschylus. Aeschylus, or Scully as his buddies called him, was bald. I am bald. My grandfather was bald. I’m aware.

Recall what George Costanza said in a memorable exchange with Elaine over George’s new toupee. Elaine, referring to George’s fake hair: “You’re bald!” George: “No I’m not. I was bald!” Elaine then grabs George’s toupee, yelling: “I don’t like this thing. Here’s what I’m doing with it,” and tosses the offending hair piece out the window to the streets below.

You might well ask what this has to do with Scully. It turns out Scully’s death is a warning to all the bald persons of Earth. If you are bald, or Follicularly Alternatively Blessed — FAB as we in the bald community prefer to refer to ourselves — consider this column a public service announcement that could save your life.

If you are cursed with hair on your head due to an excess of Neanderthal genes, you can skip the rest of this column and go directly to the crossword puzzle.

However, if you are FAB, please read carefully and take notes. Your baldness could lead to your premature demise. Like Charlie on the MTA who got caught without an extra nickel when the fare went up, this could happen to you. Now back to the sad tale of our friend Scully.

Scully was a very popular dude abiding in ancient Greece. He was born in 523 B.C. Before he started writing plays, he had a distinguished military career. He fought in the battle of Marathon in 490 with the Athenians when they whipped the Persian hordes led by King Darius. This made the world safe and profitable for Nike shoes almost 2,500 years later.

When he was 26, Scully had a dream in which the god Dionysus came to him and told him to start writing plays. Scully, not wanting to disobey a Greek god, started writing tragedies and didn’t stop. Scully is credited with writing between 70 to 90 plays. He has been called the Father of Greek tragedies.

The Greeks had play-writing contests. Scully won many first-place awards in the ancient Greek version of the Tony Awards. He had the format for writing tragedies down pat. You might say he had the Grecian formula. But if you say that out loud, people will look at you like you lost your mind. So just think it. Don’t say it out loud.

But in a case of life imitating art, the tragedies Scully wrote appeared in his own life, or rather in his own death.

Long before telephone psychics appeared on the scene, the Greeks had oracles who, for a price, could predict the future using nothing more than smoke and chicken entrails. An oracle told Scully to watch out for falling objects as one of those Unidentified Falling Objects, or UFOs, had his name on it, which could prove fatal. Scully took this prediction seriously. He started spending most of his time outdoors, where chandeliers and walls wouldn’t fall on him.

Like Robert Burns wrote: “The best laid schemes o’ mice an’men/ Gang aft a-gley.” Scully’s careful plan to remain outside away from heavy objects wasn’t going to pan out the way he had hoped.

If the oracle says you are going to encounter a heavy object, it’s gonna happen. You can’t fool the oracle. Like the old Chiffon margarine commercial said in a slightly different context: “It’s not nice to fool Mother Nature. If you think it’s butter/ But it’s not/ It’s Chiffon.” Oracles and Mother Nature always prevail despite the best efforts of mortals.

So, here is what happened: One day, Scully was outside warming his bald head in the bright sunshine. An eagle was flying overhead carrying a turtle in its talons. Eagles can’t eat turtles when the turtle is in his shell. But eagles are pretty smart birds. They will pick up a turtle in their claws, fly up into the delirious, burning blue sky and look for a rock to drop the hapless turtle on. The impact cracks the turtle’s shell, and it’s turtle tartar time for the eagle. Yum.

On this day, instead of the usual eagle-eyed eagle, the eagle overhead was nearsighted and had lost its bifocals. The eagle mistook Scully’s bald head for a rock. He dropped the turtle on top of old Scully all covered with peach fuzz. As Sancho Panza said in “Man of La Mancha”: “Whether the pitcher hits the stone, or the stone hits the pitcher, it’s going to be bad for the pitcher.” The turtle and Scully both expired from the impact.

So what does this mean for the FAB community? If you are outside, wear a hat so a nearsighted eagle does not mistake your head for a rock. I always wear a hat. Jim Morrison of The Doors advised us that “No one gets out of here alive.” There are better ways to leave this mortal coil. Consider the exit strategy of 71-year-old former Vice President Nelson Rockefeller, who had a heart attack while “working” with his attractive 26-year-old female assistant. Rocky died with a smile on his face. And not a turtle in sight. Now, go put on a hat.

If you are bald, or Follicularly Alternatively Blessed — FAB as we in the bald community prefer to refer to ourselves — consider this column a public service announcement that could save your life.