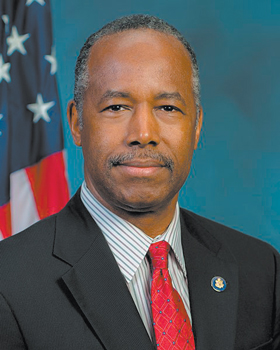 I doubt that Leonard Pitts, Jr. has ever read anything that I have written, and we certainly have never engaged in conversation. If either of those were the case, I am certain he would contend I fit the description of an “honorary white” as he presents it in his column titled, “Honorary whiteness must be one powerful drug.” The column appeared in The Fayetteville Observer Thursday, July 25. Pitts, who is black, is an American commentator, journalist and novelist.

His column starts by explaining that “honorary white” was the status assigned to black performers from the United States who visited South Africa during the apartheid regime. He says The O’Jays, Tina Turner, Ray Charles, and Eartha Kitt were among those who received that designation. Pitts explained that receiving this designation allowed them “access to hotels and restaurants from which black Africans were barred.”

At this point, Pitts lays the groundwork for defining people like me as “honorary whites” in America. He writes:

“While there is no official “honorary white” status in this country, American politics has evolved a rough analog. As lily-white conservatism has lurched deeper into a brazen racism and xenophobia reminiscent of the 1950s, black and brown people willing to use their color to give it moral cover have seen themselves eagerly embraced by those whose sins they abet.”

Then Pitts reports the reactions of two supporters of President Donald Trump. This was in response to Trump telling “four congresswomen of color to ‘go back’ to their countries.” He said:

“But ultimately, the joke is always on them. In recent days, we’ve seen that lesson learned painfully and publicly by two men: a black Donald Trump voter named Kevin Martin and a Donald Trump friend of Puerto Rican heritage named Geraldo Rivera.

“The former told CNN last week that when Trump told four congresswomen of color to ‘go back’ to their countries, it ‘just came out of left field’ and ‘hit a lot of us in the gut.’ The latter, while loyally insisting Trump has ‘been treated unfairly,’ conceded to The New York Times that, ‘As much as I have denied it and averted my eyes from it, this latest incident made it impossible.’

The writer goes on to rehearse the usual list of Trump comments and actions that his accusers point to as indicators of him being racist. Then comes his claim that it is acceptable for blacks to be conservative as the term was once understood. His caveat is: “But this modern iteration doesn’t care about small government or muscular diplomacy. Rather, it is working to normalize racism and enshrine xenophobia, and if you’re black or brown and still don’t realize that, well, again, wow.”

The following statements go to the heart of what Leonard Pitts, Jr. thinks about people like me:

“One can only conclude that honorary whiteness must be one powerful drug. Side effects include cultural amnesia and (the) inability to process reality.

“You are not special, only useful. You’d be wise to learn the difference.”

What Leonard Pitts, Jr. presents is not unique to him. It is the dominant message to black Americans who have the unadulterated audacity to break free of “black group thought,” pursue facts and, at least, attempt to reach rational conclusions. If that process takes a black American to any other conclusion than that which is rooted in consistently seeing racism in every action that calls our people to individual responsibility; promoting the mental state of victimization and being entitled to all kinds of governmental assistance; distrusting white Americans for simply being white; justifying civil and criminal behavior; when beneficial to the black group thought” agenda, totally disregarding the rule of law; and the list goes on in similar fashion … we are called “honorary whites,” “Uncle Toms” and other demeaning names.

The aim is to, through intimidation and shaming, drive into silence or compliance with “black group thought,” any black who dares to think for him or herself and contrary to the tenets of “black group thought.” I confess to thinking, speaking and writing in ways that bring the wrath of the Leonard Pitts Juniors of the world squarely down on me.

However, I find reassurance in knowing that, although the group might be small, I am not alone. There are other black Americans who refuse to be controlled in their thinking who will not bow at the altar of “black group thought.” For instance, there is Dr. Ben Carson. Here is a black American who grew up in poverty in a single-parent household headed by his mother, dealt with anger issues early in life, but went on to become a renowned neurosurgeon, author and capable presidential candidate. He now serves as Secretary of Housing and Urban Development in the Trump administration.

There is absolutely no reason to think Leonard Pitts Jr. has spent any time in civil conversation with Trump. Carson clearly has done so on many occasions. Here is Carson’s assessment as reported in an article by Sandy Fitzgerald titled, “Ben Carson: Trump Is Not a Racist and Neither Are His Comments”:

“’I have an advantage of knowing the president very well,’ Carson told Fox News’ ‘America’s Newsroom.’ ‘He’s not a racist and his comments are not racist, but he loves the country very much and, you know, he has a feeling that those who represent the country should love it as well.’

“He added that Trump’s policies have resulted in minorities being lifted out of poverty through expanded work opportunities, and said a racist would not be interested in helping minority communities.

“Carson also on the program discussed the ‘opportunity zones’ program, which aims to make it easier for investors to take advantage of tax breaks to help benefit low-income communities.”

Like Carson, I am watching Trump’s actions and assessing him in light of those actions. That is my approach in dealing with people no matter who they are. When examined in light of actions, words that are contrary to the actions become meaningless. Even though Leonard Pitts, Jr. would assign “honorary whiteness” to Carson, me, and others who are black but support Trump, I will continue reading his commentary.

That is because of something my father said to me many years ago. I walked into a room where he was listening to a preacher on the radio. That preacher was not saying anything that made sense to me. Realizing Daddy must have recognized the absence of value in what was coming from that radio, I asked why he was listening. He responded, “No matter how senseless something seems, you can always learn from it.” Daddy was right; consequently, I will keep reading Pitts’ commentary so that I am constantly, and profoundly, reminded not to join in “black group thought.” Thank you, Mr. Pitts, Jr.

There are other black Americans who refuse to be controlled in their thinking who will not bow at the altar of “black group thought.”