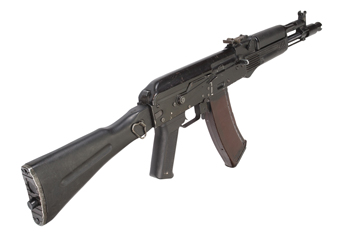 Many Americans—I among them—thought that the bloody gunshot murders of 20 first graders and six educators at Sandy Hook Elementary School in December of 2012 would be the straw that broke the back of the gun lobby and would usher in reasonable gun laws that still respect the Second Amendment. Who on God’s green Earth could have imagined that it would be acceptable for young children, babies really, to be gunned down in their construction-papered classrooms?

It was and apparently still is — because the carnage continues.

Since Sandy Hook, the following mass shootings have taken place in our country, according to CNN chronicling, all but one by a single, male American shooter. There are, of course, many others not listed that killed fewer people.

October 2015—nine killed and nine others injured at Umpqua Community College in Oregon.

December 2015—14 killed at an employee gathering by a married couple who left their baby with relatives in San Bernardino, Carolina.

June 2016—at least 49 people were killed and more than 50 injured inside a nightclub in Orlando, Florida.

October 2017—58 were killed and nearly 500 injured at a concert venue in Las Vegas, Nevada.

November 2017—25 people were killed and 20 injured at a church in Sutherland Springs, Texas.

February 2018—17 killed and at least 17 others injured in Marjory Stone-man Douglas High School in Parkland, Florida.

October 2018—11 killed at a synagogue in Pittsburgh, Pennsylvania.

November 2018—12 killed at a bar and grill in Thousand Oaks, California.

May 2019—12 killed and at least four injured in a city building in Virginia Beach, Virginia.

August 2019—22 killed, including parents shielding their 2-month-old ba-by, and more than two dozen injured in a Walmart in El Paso, Texas.

August 2019—less than 24 hours after the El Paso shooting, nine killed, including the gunman’s own sister, and 27 injured in an entertainment area of Day-ton, Ohio.

Truth be told, it is difficult to remember all of these because we in the United States have had so many mass shootings that in some ways, we have come to expect them. No other nation on earth tolerates anything like the number and scale of gunshot murders we experience all over our nation, most recently two in one 24-hour period.

No other nation tolerates weapons of mass killing in the hands of ordinary citizens, either. In the wake of the latest carnage come the predictable calls for increased gun control. High on the priority list because they are easy to support for law-makers and even Donald Trump are red flag laws. They would require others to alert law enforcement when they think a person is dangerous. More difficult, but supported by law enforcement, are domestic terrorism laws similar to international terrorism laws enacted after 9/11. Also under discussion are widely sup-ported-universal background checks before someone can legally purchase a gun. Ditto for longer waiting periods before acquiring a gun. Most controversial of all are bans on assault weapons like the ones used in this month’s mass murders in El Paso and Dayton, weapons designed for military use to kill as many people as possible in a short time. No one “needs” these.

Sending “thoughts and prayers,” mouthing platitudes about beefing up mental health care, making symbolic and often unwelcome visits to scenes of massacres are no longer adequate to address the growing carnage in our country.

Taking no action, which has been our national response, is a decision to allow mass killings to continue. This is not a Republican problem. It is not a Democratic problem. It is an American problem, and the first step in addressing any problem is acknowledging that we have one. Americans of good faith and good conscience must demand this and serious action from our leaders.

Sending “thoughts and prayers,” mouthing platitudes about beefing up mental health care, making symbolic and often unwelcome visits to scenes of massacres are no longer adequate to address the growing carnage in our country.