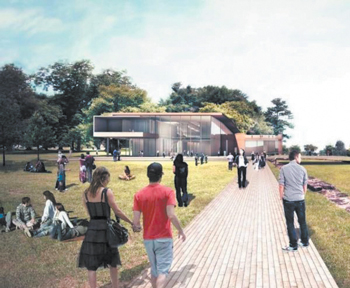 Below is an editorial that appeared in The Fayetteville Observer on Saturday, Aug. 17. It was written by Troy Williams a local resident, journalist, legal analyst, WIDU radio personality and member of The Fayetteville Observer’s Community Advisory Board. It is being reprinted with the permission of Lorry Williams, executive editor of The Fayetteville Observer. It is an excellent piece of journalism that exposes and articulates many of the suspicions and serious concerns Fayetteville citizens have about the governing attitudes radiating from city hall and the mayor’s office specifically. Many people, including myself, feel the mayor and many of his closest constituents have intentionally used false claims, accusations and threats of racism to intimidate and gain political favor and advantage or as a vehicle to distract the public attention away from failed corrupt political activities or basic incompetencies. Transparency and the media are not friends to this kind of regime. Expect journalists like Troy Williams and Karl Merritt and community newspapers like Up & Coming Weekly to come under attack in an effort to eliminate the public’s access to local media providing facts, information and the truth. This is what newspapers do. And, what the First Amendment is all about. Besides, this weekly community newspaper is on record as being the city of Fayetteville’s biggest advocate for over 23 years. It’s highly inconceivable and practically impossible that Up & Coming Weekly’s journalistic mission and mandate of advocating for the citizens of Fayetteville/Cumberland County by providing fair, transparent and honest community coverage would actually change overnight just because of political or racial reasons. This is not who we are. Enjoy.

The rezoning for the North Carolina Civil War and Reconstruction History Center will move the multimillion-dollar project a step closer to becoming a reality in Cumberland County. While the council is moving forward, Fayetteville Mayor Mitch Colvin is doubling down in his efforts to thwart the project. According to a WNCN news story, the mayor’s stated objections are racial tensions and funding.

A couple of months ago, Colvin sent me a text. He said, “Brother, do you have a candid interest in resolving the conflict about the civil war, or is it just a topic of interest right now? This is a genuine question. If so, when will you start to employ bridge-building efforts? I am available on Friday if you are serious about it.”

Colvin was referring to appearing on my radio morning talk show as a guest, and I agreed to have him on air with me Friday, June 7.

The interview did not go well, and I’ll admit to the part I played. I felt Colvin strayed away from his original stated objective of bridge-building. He decided to dig in deeper with his opposition to the project, and it turned into a cantankerous dialog with us taking shots at each other. During the back-and-forth, Colvin declared that he had received numerous emails from citizens in opposition to the project.

After the interview, I became more interested in these alleged emails, and I decided to make a public records request to see them. The following Monday, my official request for access to the emails was in the hands of the city’s corporate communications officer, the city manager, city attorney and the mayor. My request for emails related to the project specifically targeted Colvin’s official city email and his private account, as well. Within a few days, the corporate communications officer had honored my request and much to my surprise, the numerous alleged emails turned out to be one email. I was disappointed because the mayor’s statements to the listeners on my radio show were misleading. At a minimum, what he said was disingenuous.

Is there some significant racial opposition from African-Americans for this project? I don’t think so. Is there an intentional effort by some to make this racially divisive? I’m convinced there is. One former minority Fayetteville city employee, an attorney, referred to the center as a KKK project on a social media page. These kinds of comments are inflammatory and meant to divide our community. Colvin says he will work to get public hearings scheduled to talk about the center. An African-American elected official said that an attempt was also made earlier this year to get key members of the African-American community to conduct a public hearing. The hearing would not have been sanctioned by the city. The proposed meeting failed because of lack of interest. It remains to be seen how successful Colvin will be trying to accomplish the same thing through City Hall.

The mayor’s two main reasons for opposition to the center are supposedly racial tensions and funding. Let’s deal with the funding question first. Fayetteville’s contribution to this project is an investment. The annual projected return is going to be a plus for Fayetteville and Cumberland County. You don’t have to be an economic genius to figure this out. It’s basic math. How can you deny the positives of $20 million a year coming to our community? Colvin continued with WNCN news, “You wouldn’t want to have a $20 million economic positive impact with a community that’s in an uproar or divided, so you have to weigh what’s the interest of the city of Fayetteville and Cumberland County.” I’m still looking for all the uproar and divided things within our community. The only instances of such that I’ve seen thus far are coming from the mayor’s office. I’m not saying it doesn’t exist. Maybe it does, but share the evidence with the rest of the community, and it needs to be more than one email. Don’t treat this center like your downtown business with silent partners who don’t want to be identified. If there is significant opposition for this project, no matter where it’s coming from, there ought to be transparency, and the whole community ought to know.

I have to credit the mayor though; he’s a real Democrat. His comment, “Over the last two years our country has really moved in a different direction with race relations, so I just want to make sure that we are thoughtful in the process,” is a swipe at President Trump. I’m not going to debate the merits of his comments. I am taking issue with his assertions that we need to put our lives on hold because of what’s happening on Capitol Hill. The so-called racial tension is all the more reason why we need this center. The truth needs to be told, Mr. Mayor, ask your preacher. The scripture says, “The truth shall make you free.”