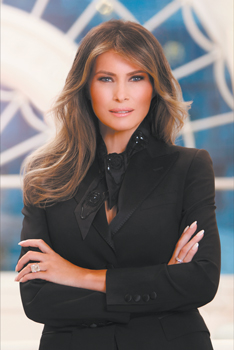 We know much less about the personal lives and habits of most of the contenders for the Democratic nomination, all of whom want to oust Trump. At last Google, 24 Democrats — not all of them household names by any means — have announced the candidacies. Most of us know next to nothing about most of them — other than political positions, and probably not much of those.

In addition, for only the second time in United States history, there is a chance that the presidential spouse might actually be a first gentleman, not a first lady. Here are three men staring at that possibility.

The Huffington Post says Bruce Mann is the husband Elizabeth Warren refers to as “sweetie.” The presidential hopeful couple live in Cambridge, Massachusetts, with Bailey, their golden retriever, when they are not on the campaign trail. Married for nearly 39 years, they met at a law conference in Florida and married in 1980, after Warren proposed to Mann in a college classroom. Like his wife, Mann’s career has been as a law professor, though she got tenure at Harvard before he did. Huff Post speculates that Mann, who favors front-zip sweaters, would wear traditional suits by American designers for inaugural events.

Kamala Harris also married a fellow lawyer, Douglas Emhoff, a partner in a Los Angeles-Washington firm and a transplanted New Yorker. The two met on a blind date set up by a mutual friend. Shortly thereafter, Emhoff dropped to his knee and proposed. Harris said yes, and they celebrate their fifth anniversary this month. Harris calls Emhoff her best friend and sous chef, because they enjoy cooking together. Emhoff is Jewish, and Huff Post speculates that his holiday theme for the White House would involve multi-cultural celebrations.

Jonathan Gillibrand, whose presidential-hopeful wife, Kristen, took his name when they married in 2001, is a British national and business consultant. The couple met on a blind date. When he proposed using a snowball as a prop to hold the engagement ring, the bride-to-be almost threw the snowball at a squirrel before she realized she should open it. The couple has two sons. Huff Post speculates that he would want pints of Guinness served at the White House Christmas Party.

Huff Post forgot a fourth potential first gentleman, Chasten Buttigieg, husband of Pete Buttigieg. At 29, he is by far the youngest of the first gentleman hopefuls. At the moment, he is on leave from his job as a Montessori teacher in South Bend, Indiana, helping his husband campaign for president. The couple met four years ago and married in June of 2018, making them potentially the first same-sex couple to live in the White House. Chasten Buttigieg has been quoted as saying his priorities as first gentleman would be improving public education, access to arts education, and mental health.

Moving along, other aspects of the campaign trail are getting attention as well.

The Huff Post also wanted to know how candidates in the crowded field are taking care of themselves — physically, mentally and spiritually.

Cory Booker says that in the mornings he exercises, meditates and reads something not given to him by his staff.

Kamala Harris says she goes to spin cycle classes and cooks for herself, adding this. “You have to work out. … It has nothing to do with your weight. It’s about your mind.”

And, former Vice President Joe Biden? According to his staff, Biden stops regularly on the campaign trail for a scoop or two of ice cream, which they view as a form of self-care.

Perhaps that is why Biden remains the Democratic frontrunner.