Holy moly! What is going on with us? 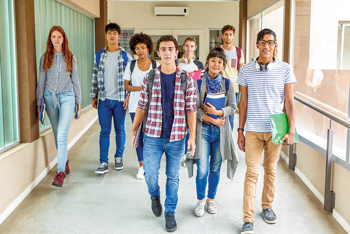 Since the early 19th century, Americans have put our money where our mouths have been when it comes to education. We began with significant funding for public education for primary grades, high schools and ultimately, colleges and universities. North Carolina was way ahead of other states by founding our new nation’s first public university in 1789, an institution we know today as UNC-Chapel Hill.

Education has never been a perfect system in our nation. It has been spotty both in accessibility and quality. Women and minorities were shut out initially, and small institutions in the hinterlands cannot compare to Harvard, Yale or UNC-Chapel Hill. Space is limited in almost all institutions, and price is always a factor.

Nevertheless, most Americans believed then and believe now that education is the great leveler and that it has the potential to lift all boats. We believe that a college education is not the only ticket to a successful and productive life but that it is definitely a boost in the right direction. The numbers bear out that belief, with college graduates consistently out-earning those with less education and enjoying more stable lives in other ways as well.

In 2019, in an atmosphere of profoundly toxic and divisive partisan rancor, faith in the value of education has taken a hit and it, too, is along party lines. The nonpartisan Pew Research Center released study findings earlier this month about an undercurrent of public dissatisfaction — even suspicion — according to the Center, regarding higher education in our country. Fully 12% more Americans now say that colleges and universities have a negative effect than agreed with that statement earlier this decade. Almost all of the negative growth is among Republicans and independents who lean Republican. Democrats and independents who lean Democratic continue to view higher education as they have in the past, and their view is “overwhelmingly positive.”

Both Republicans and Democrats are concerned with the rising cost of higher education and with equity in the admissions process to protect qualified students from less advantaged families. Beyond those concerns, 79% of Republicans, predominantly senior citizens, worry about professors bringing their own politics to school with them while only 17% of Democrats express that concern. In addition, Republicans and Democrats have veered apart on what they see as the purpose of higher education. Both agree that higher education should prepare a student with skills and knowledge to be deployed in the workplace, but Democrats are more likely to cite personal and intellectual growth as well.

These changes in attitudes about higher education fly in the face of generations of belief that education enriches us, both individually and as a society. Increased negativity toward higher education begs the question — if we do not see higher education as valuable for our nation, what will replace it in our society? Will we be able to compete in growing economies that do stress, value and support higher education? Will we lose in a world where education attainment is an international currency?

The Pew Research Center frames the issue this way.

“This broad overview of data on views about higher education in the U.S. reveals a complex set of attitudes — a public that still sees the benefit of a college education but has grown weary about the politics and culture on colleges campuses and the value of a four-year degree that has an ever-increasing price tag.

“The partisan gaps underlying these views are reflective of our politics more broadly. From health care to the environment to immigration and foreign policy, Republicans and Democrats increasingly see the issues of the day through different lenses. But views on the nation’s educational institutions have not traditionally been politicized. Higher education faces a host of challenges in the future — controlling costs amid increasing fiscal pressures, ensuring that graduates are prepared for the jobs of the future, adapting to changing technology and responding to the country’s changing demographics. Ideological battles waged of the climate and culture on college campuses may make addressing these issues more difficult.”

Most Americans believe that education is the great leveler and that it has the potential to lift all boats.