Things could be worse 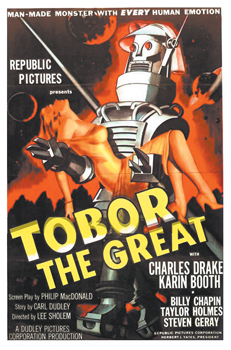 One of the mightiest curses that ancient Chinese allegedly could lay on another person was “May you live in interesting times.”

No one can prove who actually said this, or even if it was said. However, never letting a lack of factual basis stand between me and a column deadline, I repeat it here. It may have been said by Shaolin Master Po in the old 1970s TV show “Kung Fu.”

Po was a blind Shaolin monk. He taught Kwai Chang Caine — David Carradine — fancy martial art moves while saying cosmic stuff like “Do you hear the grasshopper which is at your feet?” Fun fact- grasshopper’s ears are near their back legs.

I digress. We are living in interesting times. Real wars in the Middle East, trade wars with China, Greenland going into escrow, mass shootings and recession on the horizon are all arriving in a confluence of bad news. However, as Po may have said, “Cheer up, it could be worse.” So, I cheered up. Of course, it got worse. Never bet against Po.

In order to form a more perfect readership, establish schadenfreude, ensure domestic disharmony and to provide for the common distaste of life in general, consider the wonderful world of science fiction movie posters. No matter how bad things are in real life, gentle reader, the reel life of people in sci-fi movies was infinitely worse. A giant bug is not threatening to eat you now, is it? Nope.

Ponder these movie posters. You will feel better fast, like taking cinematic Wellbutrin. All of these bad things are happening to someone else. Someone else who is worse off than you. Isn’t that what life is all about? The ability to see someone slip on a banana peel, laugh at them and feel superior?

Take a trip down 1950s movie monster lane. Consider “The Monster that Challenged the World.” The poster shows a very large caterpillar clutching a buxom damsel in its many arms. The poster says “A new kind of terror to numb the nerves. Crawling up from the depths to terrify and torture.”

Space aliens arrive in “Satan’s Satellites,” which shows a guy in a space suit carrying an unconscious buxom lady while space ships and robots are blasting away at a great American city with the line: “Cosmic Thrills as space spies plot to put the world out of orbit.”

Insect fear arrives with “The Deadly Mantis,” showing a giant praying mantis attacking the Washington Monument as airplanes harmlessly blast him. The poster says: “This was the day that engulfed the world in terror.”

The 1950s classic movie “Them” has a giant ant scooping up a pretty lady in a blue dress in his giant pincers as cowardly men hide with the line: “An endless terror. A nameless horror.” Quick Henry, the Flit!

Who could forget “The Fiend Without a Face,” which is a human brain with a tail slithering toward yet another buxom lady? She is wrapped in a towel having just gotten out of the shower. The poster’s line: “New horrors. Mad science spawns evil fiends. Fiends take form before your very eyes.”

Continuing in the brain lane, consider “The Brain Eaters,” which are “crawling, slimy things, terror bent on destroying the world.”

A more traditional alien with a huge bulbous head appears in “Saucer Men.” He has a giant brain and is, once again, holding a shapely young lady in his evil clutches as flying saucers blast a city with the line: “Creeping horror from the depths of hell and outer space.”

“Tobor the Great” is a giant robot carrying yet another unconscious curvaceous woman with the line: “Man-made monster with EVERY human emotion.” Clearly, Tobor has something more in mind that just conquering Earth.

Very few posters didn’t feature damsels in distress. However “The Wasp Woman” poster shows a giant wasp with a woman’s head clutching a shirtless man with the line: “A beautiful woman by day — A lusting Queen wasp by night.”

Along the same gender lines, “The Astounding She Monster” shows a gargantuan nearly topless lady with flying saucers blasting a tiny man holding a rifle with the line: “A creature from Beyond the Stars Evil ... Beautiful ... Deadly!”

There seems to be a pattern here. Helpless ladies held hostage by giant malevolent critters. When men are endangered, it is by evil She Creatures from the Great Beyond. What are we to make of this? Bad things that go bump in the night only go after beautiful women? Is the story of Adam and Eve somehow the basis for 1950s science fiction movies? Women are either helpless victims or evil monsters in these movies.

As Mr. Rogers would say, “Can you say misogyny? I knew you could.”

Have we learned anything today? Unfortunately, once again very little.

But cheer up, you are not being chomped by a giant ant, stung by a wasp woman, sexually harassed by a robot or having your brain served as sushi.

Now don’t you feel better? Everything is relative. As a wise man once told me, “It is better to be seen than to be viewed.”

Now get out there and enjoy your superiority.