What's going on in Hope Mills? 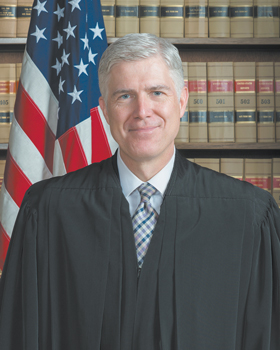 A good question with no simple answer. However, better days are on the horizon. The Hope Mills political discourse is just a mini reflection of the crazy leadership style germinating in Washington, D.C., and negatively influencing governments at all levels.

It’s the trickle-down effect from the nation’s capital to North Carolina to Fayetteville and yes, even to lovely and quaint communities like Hope Mills. Unfortunately, at all levels of government, communication and conversation has become cheap and mean-spirited. We are dealing with all this discourse instead of our elected officials serving the people, enforcing the law, solving problems, upholding the Constitution and protecting American values.

Not to oversimplify this serious situation, but my theory is that it all comes down to incompetent and lazy leadership. It’s a toxic political phenomenon that has impregnated all political parties. In other words, political opportunists figured out the “how” to getting elected to office, but beyond that, they are ignorant and unqualified and have no idea what their responsibilities or obligations are. Nor do they care.

As a result, instead of problem-solving, innovative thinking and civility, these political leadership posers have only one agenda and modus operandi — to remain in office by destroying their enemies at all costs. Logic be damned. Truth be damned. Humanity be damned.

This reckless and inflammatory rhetoric is accelerated by the fact that too many of these political ne’er do wells and opportunists have no answers or solutions to the problems they are charged with addressing. Even more alarming is that they have no plan, vision or targeted objective except to get elected and reelected. And, that is exactly what is taking place in Hope Mills.

Hope Mills Mayor Jackie Warner is one of the most respected, accomplished, competent, effective and transparent public servants Hope Mills and Cumberland County have ever seen. Her dedication to the Hope Mills community and success as a prominent public servant are all a matter of public record. However, a few of her political detractors obsessed with notoriety, vanity, power and control have declared war on Hope Mills’ native daughter —a  woman who, as a Hope Mills teacher and principal, was responsible for the education, character and moral development of thousands of local children.

These same distracters try to discredit and destroy this newspaper — the only media source that dares to celebrate the Hope Mills achievements and values they seem to despise. Yes, we push back. And we will continue to do so as long as they stand in our way of doing what’s best for the community. We support the Hope Mills community and support those who support the community. In addition, we will strive to adhere and operate as closely as possible to Associate Supreme Court Justice Neil Gorsuch’s two main rules that he imposes on his freshmen law clerks: Rule No. 1 — Don’t make it up. Follow the law. (Tell the truth.) Rule No. 2 — When everyone around you is yelling at you and asking you to “make it up” (tell a lie) or condemning you for not making it up, refer to Rule No. 1. These are great rules to live by.

In closing, I have one final message to all the Hope Mills, Mayor Jackie Warner and Up & Coming Weekly newspaper distracters: Refer to Rule No. 1.