The doctor will see you now 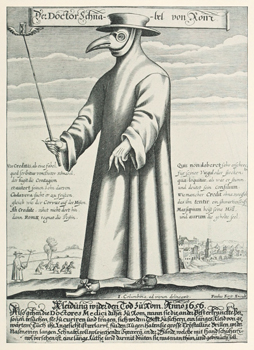 It’s the most wonderful time of the year — the presidential election of 2020 has arrived full-blown, even before the pre-Halloween Christmas decorations show up at Walmart. As Frank Costanza once said, the presidential election campaign has risen like a Phoenix from Arizona into full mushroom-cloud status. Political ads are now looming everywhere above the fruited plains like a hangover from overconsumption of Mad Dog 20/20 Electric Melon wine.

One of the hot topics in the coming election will be the future of health care in America. There is a wide variety of options from Democrats from the plan to outlaw private insurance and have Medicare for all to Biden’s improved Obamacare. On the right, the Republicans want to abolish Obamacare to bring back pre-existing conditions. They have a Double Secret Plan for as-yet-undescribed medical Vapor Care. Thinking about health care got me pondering the good old days when doctors made house calls. That thought drove me back to medieval times when doctors wore scary bird mask outfits to cure the Black Death. Precious memories. How they linger.

As the Republicans haven’t proposed their replacement for Obamacare, allow me to suggest they resume making medical care great again with Vapor Care. Vapor Care sounds perfect in the abstract when Dear Leader tweets. Vagueness counts. Mix together some warm, fuzzy words like “lower premiums and deductibles,” “far less expensive and far better,” and “block grants” and pretty soon you have the basis for Dear Leader’s replacement for Obamacare — new, improved Republican Vapor Care.

In returning to Medicine’s Golden Days of Yesteryear, what better place to start than to require medical providers of Vapor Care to wear the Plague Doctors’ bird-head black costume? Take a walk down Memory Lane to consider how these costumes will make medicine great again. When the Black Death was stalking Europe, no one knew what to do about it. The Plague Doctors’ Bird of Death costume was a humdinger. Plague Doctors’ — PD for short — jobs included treating and curing victims of the plague and burying them when the cure didn’t take. Being a PD meant you had to be around plague patients and the plague cooties that the patients gave off. The PD’s uniform was designed to keep the doc safe as he practiced Vapor Care. A dude named Charles de l’Orme is credited with inventing the Plague Doctor bird outfit in about 1619. Chuck was the Dr. Phil celebrity doc of his day, including three French kings and the Medici family in Italy as his patients.

The PD wore a black leather cowboy hat. Beneath that, he wore the well-known bird mask. There was some belief that the plague was spread by birds, so the giant bird mask might scare away the disease-carrying birds. The beak of the mask was stuffed with flowers and sweet-smelling herbs because another theory was that the plague was spread by bad air. With the PD breathing the sweet smell of excess in his beak, the bad air cooties could be warded off. This left the PD to heal the sick unafraid of getting the Black Death himself. The PD wore a long, black overcoat from his head to his feet to protect his skin from the plague demons. To keep the demons from sticking to the overcoat, the PD would slime the overcoat with animal fat.

Greasing up the overcoat was done for several possible conflicting reasons — the grease would keep the plague cooties away from the PD, or it might draw the plague gremlins away from the patient and onto the overcoat. If any yucky plague secretions oozed off the body of the patient, the gruesome juices would slide off the grease-covered coat, thereby protecting the PD. One can imagine the healing effect of a giant bird figure covered in smelly grease on a hot day in Italy on a patient suffering bubonic plague. If the patient lived, he would remember that event forever. To complete the outfit, the PD carried a wooden cane to be used for poking the patient during examination or defending the PD from the patient if the patient became freaked out by the appearance of a giant smelly bird messing with him during his death throes.

The advantage of dressing people in Plague Doctor Bird Suits to apply Vapor Care is that the PD doesn’t need a medical degree. Just a bird suit. No expensive medical doctors need apply. No medical malpractice cases will exist because the patients will all die, and the PD can’t be identified because of the Bird Suit. This all keeps down the costs of medical care.

The late, great singer Warren Zevon predicted Vapor Care with his immortal lyrics in his song “Life’ll Kill You.”

“From the president of the United States/ To the lowliest rock and roll star/ The doctor is in and he’ll see you now/ He don’t care who you are/ Some get the awful, awful diseases/ Some get the knife, some get the gun/ Some get to die in their sleep/ At the age of a hundred and one/ Life’ll kill ya/ That’s what I said/ Life’ll kill you/ Then you’ll be dead.”

Remember to vote early and often. The life you save may be your own.