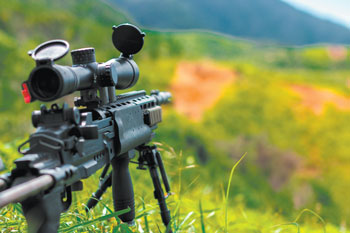 American business — big, small and in between — is rarely seen as a force of political liberalism. In fact, business interests are more often than not conservative, as political money given by both business executives and business entities demonstrates. Business helps itself by lobbying for less regulation and lower taxes and often contends these positions help everyone else as well — proverbial trickle-down economics.

That is why last week’s open letter by 145 chief executives of some of our nation’s best-known corporations to leaders of the Republican-controlled U.S. Senate gave whiplash to more than few Americans. The letter directly and urgently asked senators to support expanded background checks for all firearms sales and stronger “red flag” laws aimed at keeping firearms out of the hands of individuals considered potentially violent. The House has passed some gun control legislation, and the executives want the Senate to act on that legislation. Their letter suggests that requiring background checks on all gun sales is a “common-sense solution with overwhelming public support.”
What? Captains of industry urging gun-control?
Yes, indeed.

The business leaders, representing companies including Levi Strauss & Co., Lyft, Gap Inc., Royal Caribbean and a financial operation founded by Jared Kushner’s brother, wrote this to senators. “Doing nothing about America’s gun violence crisis is simply unacceptable, and it is time to stand with the American public on gun safety.”

The letter comes after 31 people were killed last month in about 24 hours in separate mass shootings in El Paso, Texas, and Dayton, Ohio.
Have we reached a tipping point on the issue of gun control?
Recent polling indicates a high level — perhaps as much as 90% — of public support for increased gun control measures in the wake of last month’s shootings. But we have had such waves of public sentiment before, notably after the Sandy Hook school shootings almost seven years ago and the Las Vegas concert massacre, which took 58 lives two years ago with no congressional action taken. With mass shootings seemingly becoming more frequent and deadlier, are we finally ready to address them as a nation?
While American business interests have become more vocal during the Trump presidency on all sorts of issues including immigration, affordable health insurance, climate change and white supremacy, it is interesting to note which chief executives did not sign the gun control letter to senators. Among the absentees are CEOs of some of our nation’s largest and most influential financial and technology institutions, including Wells Fargo, JPMorgan Chase, Apple, Google and Facebook. Some companies acknowledge that their leaders discussed the issue internally, and some say they are simply sticking to their business duties, thank you very much.
Senators have been largely close-mouthed about the letter, so Americans of all political persuasions will have to watch and wait for a response — if any. If history is an indicator, the Republican-controlled Senate has been generally responsive to the wishes of business leaders, and business interests have rewarded Republican senators with generous campaign contributions. It has been a cozy and comfortable arrangement when dealing with business issues but less so when social questions arise.
Here again, if history is an indicator, not much is going to move Republican leaders on gun issues. Dead first graders, dead concert-goers, dead high school students and dead Walmart shoppers have not moved them. It remains to be seen if distressed Chief Executive Officers can make any difference.