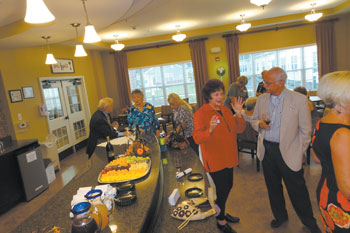 Publisher’s Note: This week I am yielding my space to editorialist Elizabeth Blevins a resident, community activist and advocate for all residents of the town of Hope Mills.  Blevins’ voice and actions have become synonymous with trusted insights, observations and analysis that provide transparency and understanding to the conflicts and hypocrisy emerging from the current Hope Mills leadership.  The topic she talks about below is disturbing and should concern all residents of Hope Mills and Cumberland County. No body of leadership should ever condone racist behavior as described here. This issue deserves full transparency. For the record, I was not at this particular event. I did, however, see the social media post in question and if you live by the social media sword, you die by the social media sword. In this case, Pat Hall, chair of the Hope Mills Preservation Commission, seems to have stabbed herself while the other four Hope Mills Commissioners tried to resuscitate her. Their advocacy, loyalty and support for Hall has created an unintended consequence in making them advocates of her message and behavior and exposing to the public their lack of empathy for Hope Mills residents and an even deeper trend of governmental and ethical hypocrisy that threatens the future of the Hope Mills community. Read Blevins’ article and you draw your own conclusions. In closing, I attended the Hope Mills Community Roundtable that was held on Sept. 26 at the Harmony at Hope Mills. There were over three dozen Hope Mills residents in attendance who came together to talk positively about the growth and future of the Hope Mills community. The atmosphere was positive, fun and enjoyable as we heard from prominent Hope Mills residents and Cumberland County leaders. Dolores Schiebe, director of the Hope Mills ALMS HOUSE updated us on the organization’s work in the community. Hope Mills Commissioner Jessie Bellflowers spoke on behalf of the Hope Mills and Cumberland County veterans while John Malzone, commercial real estate developer, provided an overview and insights into how important Hope Mills is to the successful development of Cumberland County and the many opportunities the town offers. This is the type of community local elected officials should be advocating for. Hope Mills deserves it, and it serves as a major contrast to what now exists.  This needs to change. Vote in November. Thank you for reading Up & Coming Weekly.

The Hope Mills Creative Arts Council hosted a rock-painting event the morning of Sept. 21 on the lawn of Mayor Jackie Warner’s children’s boutique. The event was attended by two Girl Scout troops, local artists and several members of a local rock-painting group. As the event was winding down, one guest asked to have her photo taken with her family and the mayor. Later she posted that photo, along with several others from the event, on social media and tagged Warner.
Within minutes of the photo being uploaded, resident and chairman of the Hope Mills Historic Preservation Committee, Pat Hall, posted a comment, “With her black heart hard as a rock she fits right in.”
Whether or not Hall realized the comment sounded racist is unknown, but she deleted it about an hour after it was posted. But not before several people saw it and took screenshots of it.
On Sept. 23, the Hope Mills Board of Commissioners discussed the issue. Commissioner Pat Edwards made a motion to remove Hall from the commission and reminded the board that in February of this year the nominating committee —Mayor Pro Tem Mike Mitchell, who is currently running for mayor against Warner and Commissioner Jerry Legge, who is running for re-election — made it clear they wanted to populate the various boards and committees with citizens who are “in harmony” with the Board of Commissioners. Hall’s comment, which was directed at Warner, clearly indicates she’s not in harmony with the mayor.
But the bigger issue was the perceived racism in the comment. The woman who posted the photo viewed it as racist, as did most of the citizens who saw it.
Commissioners Meg Larson, Mitchell, Legge and Bellflowers voted against Edward’s motion, leaving Hall on the committee. Several commissioners mentioned asking Hall directly about her comment, but the board didn’t instruct the town manager to invite Hall to the next meeting. And none of them asked what the mayor thought of the comment, which was aimed at her; or what the woman who posted the photo thought of Hall’s comment.
Two weeks earlier, Larson suggested an amotion hearing was called for because Warner received an email from Up & Coming Weekly Publisher Bill Bowman in February 2018 with an advance copy of an article that Larson didn’t like. Warner didn’t participate in the article; she simply received a copy a few hours before it was posted online. If the punishment for that is being forcibly removed from office, what would they have done if Warner had posted a racist comment offending the public and insulting a fellow board member? Would the board have been so quick to defend her?

This is simply another vulgar display of the double standard by which the board has operated for nearly two years. They’ve wasted hours reversing longstanding rules to limit the scope of Warner’s power. They’ve even created new ordinances designed to limit her activity, just to violate the ordinances themselves.